Howard Turley: Where Is He Now?

The Talon’s Nick Garcia tackles one of the most inspiring stories from the Class of 2015: the rise of Howard Turley When the class of 2015 hit the freshman lockers for the first time, the students were quick to recognize the ‘Greats’ in the school; Mr. English, God, Jesus. And then there was Howard. His […]

The Talon’s Nick Garcia tackles one of the most inspiring stories from the Class of 2015: the rise of Howard Turley 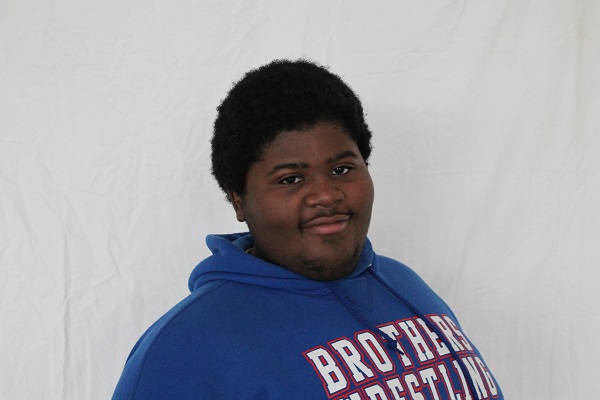 When the class of 2015 hit the freshman lockers for the first time, the students were quick to recognize the ‘Greats’ in the school; Mr. English, God, Jesus.

And then there was Howard.

His popularity was unmatched. Maybe Bono was close. Either way, after sweeping up the competition for Homecoming royalty and taking a baller photograph, Howard hung up the fame, never to be seen by the public eye again.

So who is the real Howard? Did the public love him for who he really is? Why did he neglect his celebrity lifestyle? Is he a diva?

I tried contacting Howard for weeks, attempting to reach him in any way possible. I tried tweeting at him, but he ignored me. Ignored tweets hurt, man. I know you see me trying to talk to you.

After talking to him multiple times in person, I was walking through the Sophomore Hallway during lunch and happened upon a famished Howard. Jackpot. I asked if I could interview him right then and there and he agreed.

To be entirely honest, I never knew how Howard felt about the idea of me writing an article on him. He kind of had the same facial expression every time we talked, and it was the cutest half smile I’ve ever seen on this campus.

Upon entering the Talon Newsroom, which is really Room 303 (I’m forced to call it the Talon Newsroom), Howard opened up like Pandora’s box. I started by asking him about how he felt about the excitement around him when he first entered the school. Not surprisingly, Howard was genuinely confused.

“I didn’t really understand it” says the reclusive superstar.

But Howard’s popularity wasn’t just talk. When Homecoming season came around he was voted Homecoming Prince. Howard was really flattered, but he still didn’t understand the fame, and what would soon come — the fortune.

If you’ve ever seen Howard walk through the halls of CB, you may have noticed a glisten, a shimmer, a shine: specifically, Howard’s ice, his bling-bling, his two rings.

Actually, I have misled you. Howard’s rings have absolutely nothing to do with him being voted Homecoming prince. His mom got him one of the rings while she was in the Caribbean and he purchased the other ring while he was visiting Hawaii.

But shortly after Howard’s rocket blast to international super-stardom, his popularly faded away. It was lost in the wind like the souls of so many other stars; Britney, Fergie, Vanilla Ice, or even Miley. Howard believes the decline in his popularity was due to the disappearance of his strongest demographic: the seniors.

“I remember a senior telling me that one of the reasons they liked me was cause I was nice to them” says the superstar.

But occasionally, in the cold world of fame, one may rise from the ashes and shine brighter than ever before, just like Miley!!!! Howard says that he has seen a resurgence in his popularity from the fresh, young underclassmen.

“Some people still act like this and I don’t even know why” says the comeback superstar.

But the popularity surrounding Howard is more than just his personality. Over the years we’ve learned that Howard is a versatile artist.

Howard has developed as an actor in the CB community, taking part in School House Rock, Dead Man Walking, and more recently, You Can’t Take It With You. But that’s not all. Howard has also played football all three of his high school years, most recently playing for the Varsity team.

But that’s not all.

Howard says that his mother always focused on math with him when he was a child, and as he got older, he started learning ahead of his peers. Today Howard is in Math Analysis, and he intends to continue his mathematical journey because he genuinely enjoys the experience.

So what do we make of Howard? He’s a man of mystery, a man of knowledge, but above all, he’s a man of kindness. Although sometimes his personality may be lost in the mess of his popularity, at heart Howard is a kind soul, one who is always willing to talk and be a friend. And because of this, I can’t tell if he doesn’t like me.

Before he left, I asked Howard if there’s anything he’d like  to say to all of  his fans out in the world, and he certainly responded.

“Introduce yourself, cause all you do is say hi and walk off.”