McGovern vs. McIntosh: Battle Of The Christmas Cards 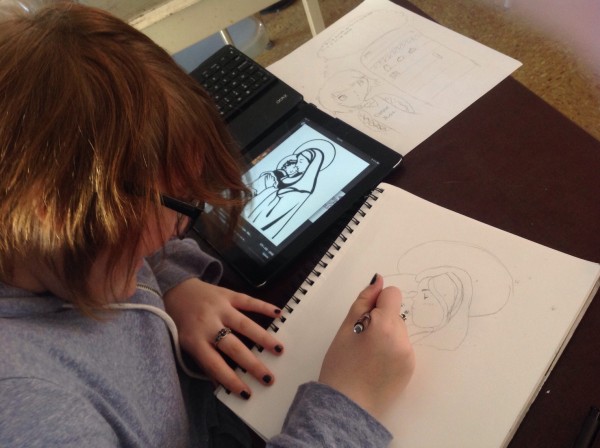 The year is seeming to pass by quicker than last year. And now that it is the fall season again and the Holiday Card contest is in full swing. The rivalry of the competition runs deep between two opposing art teachers, Mr. Findlay McIntosh and Mr. Kevin McGovern .

“All of the students in Intro and Studio Art create cards in their sketch books and it is sent to Mr. Barnes.” McGovern explains about the yearly ordeal which takes place in both the winter and spring.

Christmas is not the only holiday that takes part in this race to chose the most appropriate, religious design, Easter also has its own contest.

Both teachers are confident in victory, which is attributed by past victories and individual skill sets. Each teacher proudly riles up their students into getting involved and putting pencil to sketchbook in order to produce a memorable sketch for winter celebration.

This competitive edge has long since existed in both art rooms,

“Right from the beginning, as soon as we started competing [there was competition],” says Mr. McGovern.

“[The competition heated up] when McGovern realized that my students were vastly superior artistically and way better looking he got jealous.”

This rivalry is no laughing matter. Mr. McIntosh and Mr. McGovern are very serious about the competition. The buzz surrounding the opposing forces that claims this is merely a farce between two funny art teachers clearly hasn’t understood the seriousness of the contest.

“This is like Ali and Frazier. This is like the Giants and the Dodgers!” Mr. McGovern says.

Winning proves to have a special meaning for both instructors too. Aside from all the pride that comes with having a student chosen, there is also another tally in the victory column for each teacher to gladly hold over each other until the next competition.

“This is bragging rights in the art department!” McGovern exclaims happily.

There is a bonus for the winning student as well

“The student this year gets 50 dollars, plus their work is mass produced,” says Mr. McIntosh.

Taylor McRho (’17), a student of McGovern’s. sent in a submission of her own.

“I drew Mary in the clouds with the sun around her and stars everywhere,” she says.

A fellow art student who is taking Mr. McIntosh’s class, Elizabeth Moorhead ’15, has also taken part in this competition.

“I drew the angel announcing to the shepherds that Jesus is born,” but she has added her own unique touch to the design. “I used water colors instead of colored pencils.”

Whichever side is to win this year is still undetermined. We are a couple weeks off from determining the winners of the contest and even farther away from Christmas itself. But each instructor is indeed confident in their student’s abilities.

“I hope this year that McGovern realizes that the red colored pencils aren’t cherry flavored,” McIntosh says to taunt his rival.

“The competition is on!” declares Mr. McGovern, signaling the beginning of a new season of celebration. 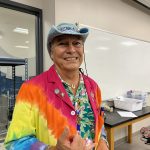 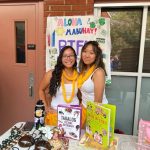 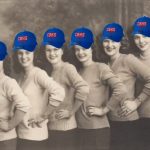