A Great Way To Show Who You Are

Athletes get sporting events, singers and actors get performances, and musicians get concerts. But what about visual arts students? The self-portrait show is on April 10 through May 11, 2014 at the Crocker Art Museum. Many art students are gearing up for a chance to show their individual art work and self portraits. Mr. Findlay […]

Athletes get sporting events, singers and actors get performances, and musicians get concerts. But what about visual arts students? 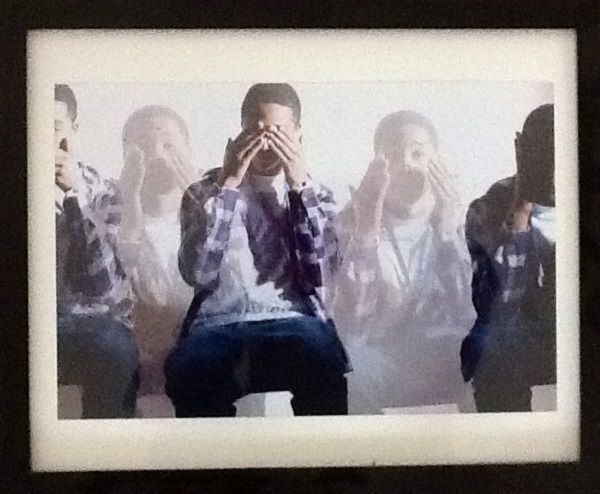 The self-portrait show is on April 10 through May 11, 2014 at the Crocker Art Museum. Many art students are gearing up for a chance to show their individual art work and self portraits. Mr. Findlay McIntosh and his business partner Jim Ferry are the founders of the self-portrait show that was created 14 years ago.

Mr. McIntosh came up with the self-portrait show with Ferry, who owned the 20th Street Art Gallery in midtown Sacramento. The art show was held there for ten years and once the art gallery was closed, the Crocker Art Museum picked up this high school event.

It all started when Ferry brought up the idea to Mr. McIntosh saying he wanted to have an art show for high school students. Mr. McIntosh was all for the idea and came up with the self-portrait theme.

During the creation of the self-portrait show, Mr. McIntosh was teaching a religion class, and they really focused on self identity. For him, the self portrait fell right in hand with the message he was bringing across to the students.

Students who do art work and want to submit their piece should bring it to Mr. McIntosh’s room, 305. Fellow art teacher Mr. Kevin McGovern and Mr. McIntosh choose about five portraits completed by the students to be displayed at Crocker.

They look for two key things.

“First is good execution of whatever their idea is and to a lesser extent, originality,” says Mr. MacIntosh, adding that the medium or content can be anything that is appropriate, as long as it is well done.

The greatest advice Mr. McIntosh gives students who are making a self portrait is to “show someone your self portrait and hope they say ‘Oh that is so you'”. If they don’t, then there are some changes that need to be made.

Reid Fowler (’14) says that she remembers what Mr. McGovern told her about creating a self-portrait.

“It’s okay to get creative and think about what represents me,” the senior says. Reid wants her portrait to be “completely based on how I feel about myself, not on what others think of me”.

The importance of the show, according to Mr. McIntosh, is to give “students the opportunity to find their identity via self portrait.”

“[In a] broader sense, it lets the public understand the value of the arts and the development of the next generation of people,” he says.

The self-portrait show is a great opportunity for students to showcase their talents,with other high school students in a public place like the Crocker.

Reid is a great example of these many students who are eager to show their techniques.

“This project is a great opportunity for students like me to show others a new perspective through our artwork and allow others to see us in a different way,” she says.

People should go to see the show because first of all its a lot of fun, and second of all because looking at art is stimulating and exiting.

“[Art] can let you reflect on yourself and motivate you to express yourself in your own medium,” he says, whether that be through music, cooking, sports or anything that one finds inspiring and reflects their personality. “We all have our special talents that makes us unique.”

Reid adds that “art [is] a great way to symbolically express one’s self and ideas, and this project gives students the opportunity to show others who they feel they are. The project also allows students the freedom to express themselves in whatever way they believe to be most fitting. It is not restricted to just the basic head and shoulder image”.

Mr. McIntosh has a particularly fond memory from the self-portrait show.

“The first thing that comes to mind was a student who didn’t even go to CB and was at the gallery. She was with an alternative high school for kids who have had some troubles. I remember her coming in and she looked a little rough around the edges, she just has a hard look about her,” he remembers.

“She brought her family in to show her family her self portrait on the wall in the gallery. She was just so incredibly proud of herself and it made me think that she probably has not have a lot of acknowledgement or achievement academically in her life time, I’m guessing. But this was probably her proudest school moment in her life. It made me feel great”.

The self-portrait show is a great way for any student to get a chance to visually express themselves as well as show the public how important the visual arts are to education. Even if your own piece is not in the show, or you are not into art, it is highly suggested you check this show out. This is a child friendly show, with fantastic art work and a fun opportunity to support the visual arts.