The Athletic Boosters For The Arts

A group of CB parents provide outside support for the MVPA program, including the opportunity of a lifetime for a CB senior. One might question who to thank for the amazing theatre productions, the beautiful concerts, and the food one may indulge in while being entertained at CB Arts events. One should thank the FOTA. […]

A group of CB parents provide outside support for the MVPA program, including the opportunity of a lifetime for a CB senior. 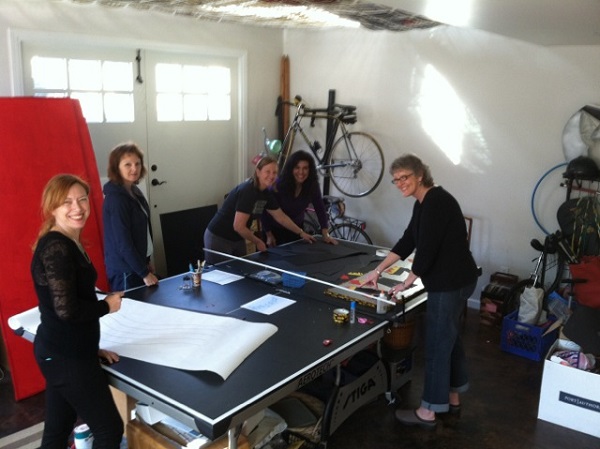 One might question who to thank for the amazing theatre productions, the beautiful concerts, and the food one may indulge in while being entertained at CB Arts events.

One should thank the FOTA.

FOTA, Friends Of The Arts, is a completely parent-run program that began about fifteen years ago. All the members are either graduate parents from Christian Brothers or current CB parents.

“We had a really strong art program, but there wasn’t a large budget for the arts, so Friends Of The Arts started as a support network” says Choir Instructor Mr. Ron Slabbinck. “Ultimately, their goal was to provide funds so we could give students opportunities which existed beyond what existed in the classroom and those budgets”.

One such opportunity is a $250 scholarship given to only one or two juniors within each of the four art disciplines: instrumental, choral, theatre production, or visual arts.

This scholarship is intended to help students who are interested in continuing their art discipline over the summer and beyond the classroom.

Allie Lian (’14), who was awarded this scholarship the previous year, chose the most common use of the scholarship and put it toward a camp over the summer that is related to the choral program she is a member of here at CB.

She was accepted to the Stangeland Family Youth Choral Academy in Eugene, Oregon, where a group of 85 people from around the nation go to enhance their learning.

“We would start each day with an hour and a half of vocal warm-up,” Allie comments. “Then we would have rehearsals until about nine or ten”.

During her rigorous schedule while at the summer camp, Allie partook in musicianship classes in which she worked on music theory and learned the correct way to be poised while on stage. She also had a body movement class which taught her how to incorporate her whole body into her singing.

“Basically we learned how to be an intelligent musician” Allie says.

She excitedly remarks, “We also sang with the Burwick Chorus which is a professional chorus. They were mentors for us and we each had a special mentor”.

After completing the program, Allie is was able to bring back those experiences to her choral class, which will be able to enhance the class for everyone else as well.

“I can refer to her and say ‘when you were at the camp how did you address this issue of singing?’” explains Allie’s instructor,  Mr. Slabbinck. “She can share what she learned and now the students are learning it from another student instead of from me”.

“It builds leadership in the program,” he finishes.

With FOTA in place rest be assured that our art programs will continue to thrive and reach new heights here at CB.