Dressing Up For The Club

Just weeks after Club Day at Christian Brothers High School, the appearance of new t-shirts are ready for purchase. The customized apparel we wear every day to show off our clubs and sports teams comes a long way from sketching out the design to getting the final approval from the deans themselves — though that […]

Just weeks after Club Day at Christian Brothers High School, the appearance of new t-shirts are ready for purchase. 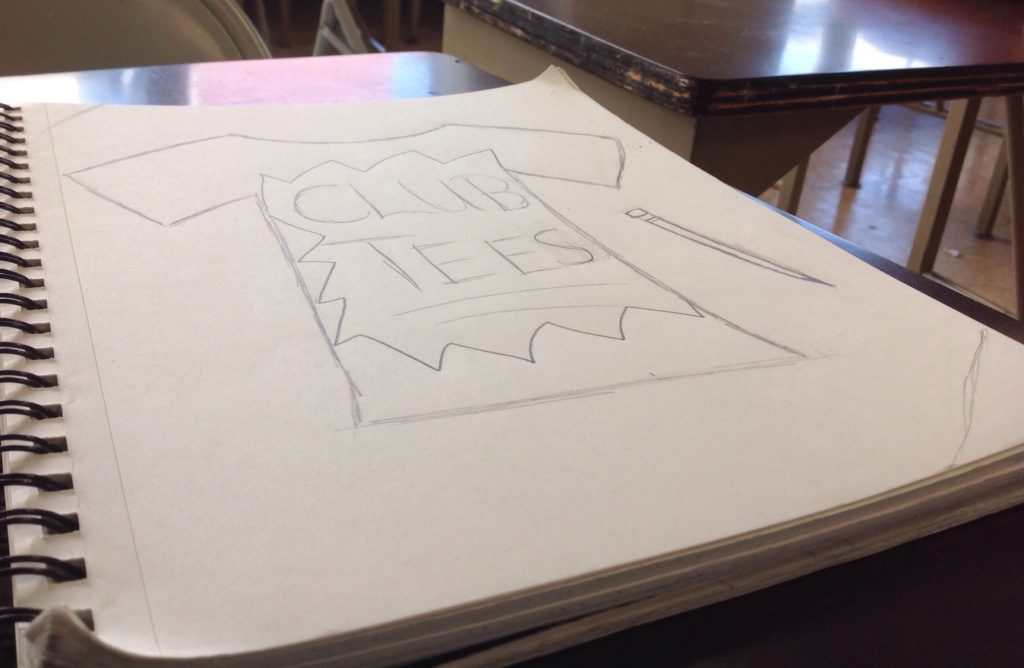 The customized apparel we wear every day to show off our clubs and sports teams comes a long way from sketching out the design to getting the final approval from the deans themselves — though that only happens in uncertain situations.

It all starts with the original sketch or design which sometimes is made by the talented art students attending CB. Sammi Hermann (’15) recently had the opportunity create a stylish t-shirt of her own. Although she didn’t lend her artistic skills for a club, instead it was the Falcon Tech Team, it still brings a sense of appreciation for the work that was put in it.

“I never expected myself to be chosen for that.” Sam says Falcon Tech Team choosing her to design their shirt. Her sketch became the official look for the team’s apparel.

After all the brainstorming, designing, and creativity there is the process of having the look approved. Each club moderator must see the drawing first. Then it goes on to be approved by Director of Student Activities Ms. Rose Ann Holmes, one of two people who give the final say. If it seems as though the subject matter of a certain shirt is still not appropriate or within handbook regulations, the design is taken to the deans for final approval.

When creating a shirt for a club there are some general expectations set for the clothing.

“It must say CB on the front. It must be sold before hand and money is to be collected,” Ms. Holmes explains/ General interest and a demand for the look is needed in order to be successful in getting your design to be approved.

“It’s going to be cool to see people wear my design” Sam adds.

But as an artist she has her own reservations about seeing her work on display.

“When an artist looks back on what they’ve done sometimes, they don’t see it as good as it could have been,” the junior artist says.

As a student, being asked make a work of art for hundreds of people to purchase and put on display for the world to see is an honor. It also gives a sense of satisfaction and pride. The whole experience, Sam reflects, is “pretty nice.”

Every design, whether it be a toast that is fluent in French (French Club) or a taco wielding dinosaur (Anime Club), reminds us of the Christian Brothers pride we all share in our dress code wear.