CB students show loyalty to San Jose Sharks hockey. Two weeks into an energetic and high flying NHL season, the San Jose Sharks got off to an impressive 6-0 start. In fact, the Sharks became the first team in NHL history to start consecutive seasons with 6-0 or better. With the Sharks getting the spotlight […] 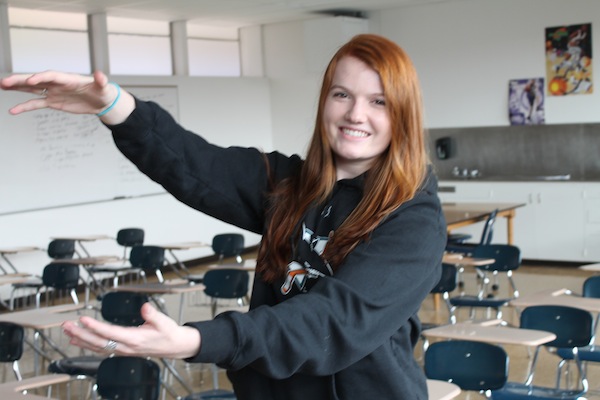 Two weeks into an energetic and high flying NHL season, the San Jose Sharks got off to an impressive 6-0 start. In fact, the Sharks became the first team in NHL history to start consecutive seasons with 6-0 or better.

With the Sharks getting the spotlight here locally and becoming a popular team in the hockey world, the fan base is definitely growing. Here at CB, seniors Sydney Rankin (’14) and Michael Enos (’14) are lifetime Sharks fans who gave their insight of Team Teal.

“My family is from San Jose — I remember my cousin playing with the local Junior Sharks team. I immediately became a fan as a kid,” Michael says.

Sydney was influenced to become a Sharks supporter by school rather than family.

“When I was ten, my teacher said I would receive extra credit if I could name all the players who scored in the games the previous night,” Sydney says. “It was then when I fell in love with the sport. It’s a bond that I now share with my dad.”

With hockey not being the most popular sport here in California, the Sharks came to the Bay Area in 1991. After two season playing at the Cow Palace in San Francisco, the SAP Pavilion was built in downtown San Jose for the team’s first true home arena. With much success over the past two decades, the sport of hockey is prospering here in Northern California and hockey is no longer just a foreign or an East Coast sport.

The Sharks organization has continuously thrived, and is one with much class. The interaction between the fans and players is unlike most sports organizations. San Jose truly is a hockey town, the attendance over the years proves it.

Star power is something influential to the Sharks community. Michael recalls calling NHL legend, Jeremy Roenick as his favorite Shark of all time. Although he only played his his last two seasons of his long career with the Sharks, his presence helped change the Sharks for the better.

Sydney is passionate about the Sharks new upcoming sensation, 19 year old, Tomas Hertl. At such a young age, he currently leads the NHL with 7 goals in just 6 games this young season. His electrifying style of play is winning over the heart of most Sharks fans — including the CB senior.

With much of the season ahead, expectations are quite high. The Sharks look forward to another Pacific division title and a playoff birth this season. The fan base here at CB may be small but, they are quite passionate.