The Government Shutdown & You!

Have questions and concerns about the government shutdown? The Talon has the scoop. (photo courtesy of James Haynes/Creative Commons) As of October 1, the United States Government has gone on break. The House and Senate couldn’t agree on a bill to fund the government and time has run out.When the government goes on break, all […]

Have questions and concerns about the government shutdown? The Talon has the scoop. 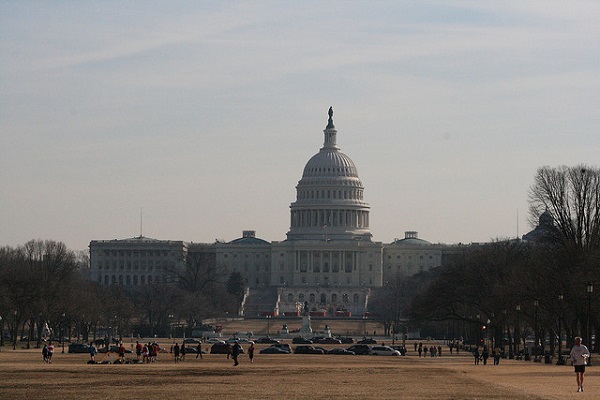 As of October 1, the United States Government has gone on break. The House and Senate couldn’t agree on a bill to fund the government and time has run out.When the government goes on break, all non-essential functions are cut off so the budget can be finished without too much ludicrous spending.

Matthew Reade (’14), president of the CB Politics Club, gave us a brief overview of the issue

“The shutdown originated from a lack of perspective,” he explained. “Everyone focuses on the bipartisanship and conflict in Congress, but no one is actually trying to to cut spending and lower the debt ceiling.”

When a government shutdown occurs and there can only be limited amounts of work done, the federal government’s top priorities are safety and functionality. Once the crisis is over and a solution is resolved, all workers that were required to work during the break will be issued compensation. Although in this system people are left without payment until the crisis is over, there is still the promise of future money.

In the federal government, about one-third of the jobs are considered non-essential. These jobs are furloughed and workers are not paid for their time off during the shutdown.

About two-thirds of federal jobs are considered essential. These people need to work in order to keep everything working smoothly. Although these employees work during the crisis, they still do not get paid until afterwards.

Whether a position is essential or not is defined by the Office of Management and Budget (OMB). The OMB’s top priority is national security. During a shutdown, all positions that lead to the defense of national security, the conduct of foreign affairs, or the protection of life and liberty are maintained.

Although it does not sound like this shutdown will affect too many individuals inside of the federal government, it will still have definite ramifications for the average civilian.

Families and groups that have vacation plans to national parks will have to make new arrangements. People who are looking for homes and need federal loans will be left helpless if the shutdown continues too long. Other citizens will also face many difficulties tied with the shutdown of the government. The longer the shutdown goes on the more functions will cease.

As a whole, most states and cities are largely unaffected. The main place in the United States that has had to figure out a plan for the crisis is the District of Columbia.

Washington D.C. is supposed to suspend all non-essential positions, which would include city services. Vincent Gray, the Mayor of D.C., has relabeled almost every government position in the city as essential and has routed their paychecks to come from a cash reserve fund.

This crisis will mainly affect vacationing families and families and citizens that are working or connected to non-essential federal government employes. Most of the government will still function and the employees will still get paid at a later date. The U.S’s emergency services, Federal Aviation Association, and permanent law programs will still function. The only thing to do now is the simply hope that the conflict in congress can be resolved in a timely manner.