LEVASSEUR IS THE ONE WHO KNOCKS! — CB students and teachers react to the series finale of Breaking Bad. It’s not just about meth. It’s about a guy who makes meth. Last Sunday night, the critically acclaimed television series Breaking Bad came to a close. The show’s incredible success can be credited to its widespread […]

LEVASSEUR IS THE ONE WHO KNOCKS! — CB students and teachers react to the series finale of Breaking Bad. 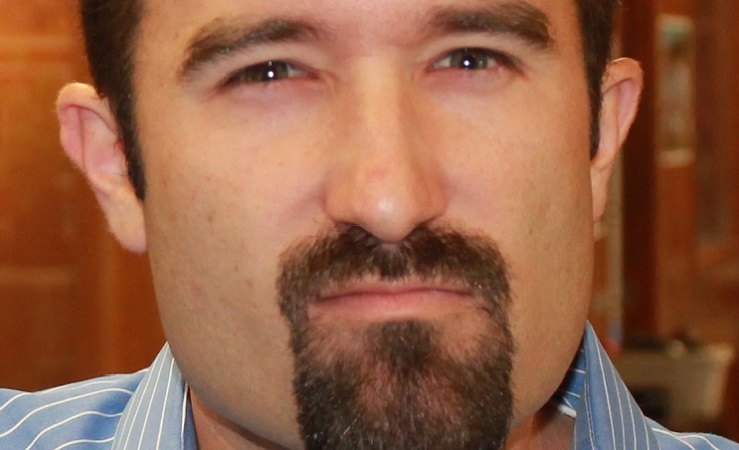 It’s not just about meth. It’s about a guy who makes meth.

Last Sunday night, the critically acclaimed television series Breaking Bad came to a close. The show’s incredible success can be credited to its widespread critical acclaim, strength by word of mouth, and online streaming services like Netflix. It’s common for television series to witness their lowest ratings by the end of their run, but Breaking Bad saw a 300% increase in viewership from last seasons finale (2.78 million) to the series finale that aired Sunday night (10.3 million).  And no one even watches live TV anymore.

But we don’t care about that, and even if we did I’m pretty sure that entire paragraph is stolen from another article word for word. [Editor’s note: it’s not — we checked]

We care about something else — the opinions of the CB community.

I ventured into our community to find the few (and passionate) viewers of this series.

The overwhelming response of people I interviewed was very positive, although that makes sense because I only interviewed people who watch the show weekly. It’s not bias.

An avid fan of the show since season two, Mr. Tomas Capogreco ’86 found the finale to be extremely satsfying.

“I loved it. I love the fact that we had closure on all aspects,” he said.

Michael Sparks (’16) found the finale to be a little less action packed than he expected, but he was still amazed.

“I feel like in a way it didn’t quite meet all the hype,” he says. “But because I’m a fan, I still loved it and thought they did a great job.”

The fact that devoted fans like Cap and Michael have been satisfied is a huge deal and success on the part of the writers of the show. It’s like if George Lucas made a good prequel trilogy to Star Wars. And a thousand sad, aimless nerds sigh across the universe.

But what has Breaking Bad been prior to the finale?

Mr. Capogreco shared what kept his attention to the series. “I thought the writing was great. All the way through they had great writers”

All the people I interviewed highlighted actors and their performances as reasons for coming back, specifically Bryan Cranston (Walt), Aaron Paul (Jesse), and Anna Gunn (Skyler). When I asked Nick Heller (’16) what kept him watching, he simply said “Jesse.”

To read the most interesting section of this article, you must be caught up on all 62 minute episodes of Breaking Bad. Just kidding.  But not really. Also if you intend on avoiding spoilers, there is a spoiler-less section at the end of this article.

BUT I MEAN OMG RIGHT??? I WANNA JUST TAKE A MOMENT TO RECOGNIZE ALL THE INSANE THINGS THAT HAPPENED IN THE LAST FEW WEEKS.

THE GARAGE CONFRONTATION (Does anyone even remember this happening?? NO! Because that’s how insane the rest of the season has been. I mean, maybe you remember now that I’ve mentioned it. BUT WASN’T IT TOTALLY AWESOME????)

HANK (I think I’ll always be mad about Hank’s death. When it comes up in conversation I tend to just let out a loud moan in pure agony. It’s not weird)

GOMEY (Is that even how you spell it? Well, either way, we shed tears for you, buddy)

ANDREA (Her death was the worst.. THINK OF LITTLE BROCK LIVIN’ WITHOUT HIS MAMA — who, by the way, is a good person, somewhat of a rarity in Breaking Bad.)

UNCLE JACK (Okay, now I figure people will disagree with me on this, BUT JUST HEAR ME OUT. I think Jack’s death was the coolest in the whole series for a few reasons. 1: Walt stands over Jack with a gun only minutes before being held at gunpoint, classic kingpin move. 2:When he’s lying on the floor about to die, Jack tries to threaten Walt with the location of his money, but before Jack can even finish the phrase, WALT PUTS A BULLET IN HIS  HEAD. THAT IS THE MOST BALLER THING HE HAS EVER ACHIEVED. Walt doesn’t care about money, he just wants to see Jack dead. Annnd 3, the camera angle behind Jack’s head as he gets shot is just beautiful.)

JESSE (Seeing his face get all messed and seeing him see Andrea die and watching him suffer in agony about all that he’s done throughout the series really, really put me in a bad mood. And when he was crying in front of Walt? Or when he confessed on that video??? I could cry. I mean, I didn’t. But I could have.)

WALT (Honestly what could I even say at this point.. Walt was always a crazy drug lord deep down, it just took him a while to get there. He seemed pretty happy in death, despite destroying his entire family and aiding the addiction of meth-heads everywhere)

BY THE WAY, Cap had some pretty strong/scary opinions.

Okay, yeah, everyone wanted Jesse to kill Todd..But it’s weird that he’s so happy about it. I guess I’m happy about it too though. I don’t know anymore.

And in the end, I guess Walt’s decision to hide in Canada after his revenge spree left the fans wanting something a little more complete. Hah, just kidding. That wasn’t even funny. I’m sorry.

In the end, Breaking Bad is a unique television series made for people who love dedicated cinematography, people who love a heart racing story, and people who are willing to witness the truth behind human evil.