Drug Free: The Way To Be

Find out how CB put a unique twist on Red Ribbon Week. This past week was Red Ribbon Week and this year at Christian Brothers we honored the spirit of being drug free in a special way. Every year, CB tries to do some type of production that highlights awareness for our students and this […]

Find out how CB put a unique twist on Red Ribbon Week. 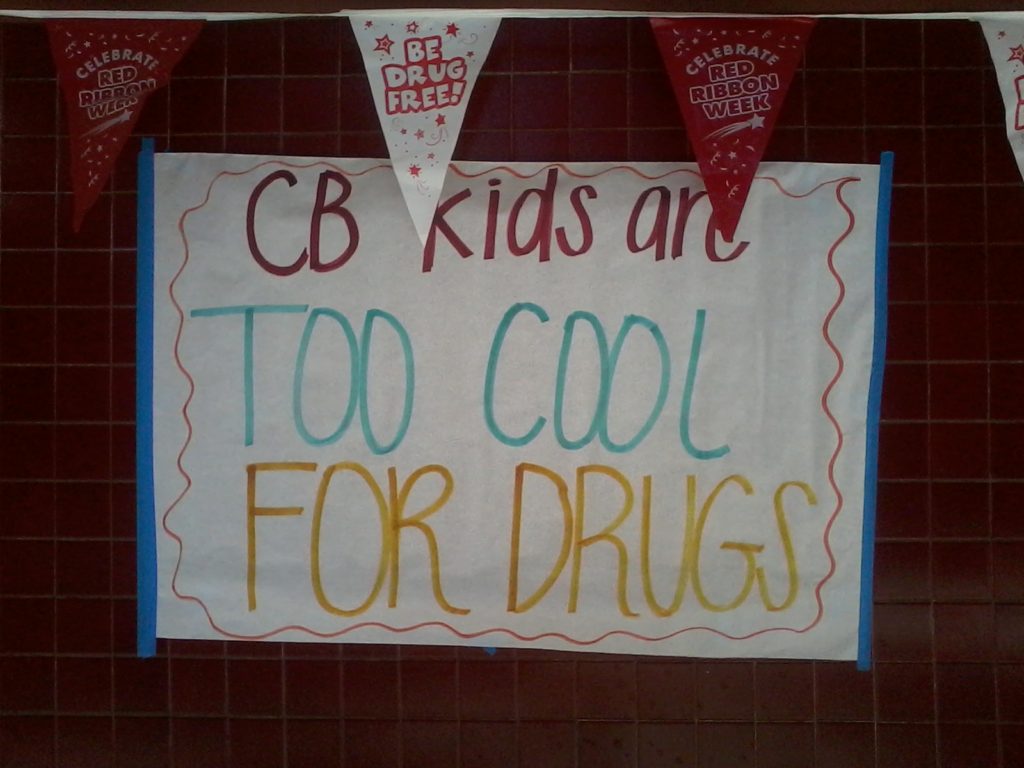 This past week was Red Ribbon Week and this year at Christian Brothers we honored the spirit of being drug free in a special way.

Every year, CB tries to do some type of production that highlights awareness for our students and this year was no different.

On Friday September 27th, CB was privileged enough to host a live DUI sentencing as part of the DUI Court in Schools program. With Sacramento County Superior Court Judge Laurie Earl presiding over the hearing, students had the opportunity to witness the actual sentencing of a real first time DUI offender under the roof of the CB gym. 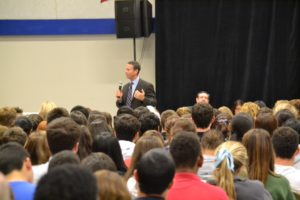 Sacramento County Prosecutor explains the consequences of driving under the influence

In the spirit of Red Ribbon Week, this opportunity provided an interactive and informative experience for students in order to better educate them about the dangers and consequences of driving under the influence.

Along with witnessing the sentencing of a DUI offender, students were also able to engage in a group discussion and listen to a guest speaker from M.A.D.D. (Mothers Against Drunk Driving).

“I thought it was really powerful,” explained Mr. Dave Levasseur, the co-Dean of Students here at CB.

Mr. Levasseur feels that for many of us, Red Ribbon Week is simply another week at school, but this year’s DUI Court assembly made it something more.

“It [gives us] something to hold onto [because] it was a little more eye-opening,” he says.

From a students’ perspective, many agreed with Mr. Levasseur, including senior Allison Schwartz ‘(14).

“I thought it was a great learning experience,” Allison explained to the Talon.

Allison, who is a member of the Leadership class here on campus, spearheaded the Red Ribbon Week festivities here at CB along with fellow classmate Sydney Garcia (’14).

Together they created a committee that designed a simple campaign to encourage the CB community to go drug free. Students and faculty were asked to sign a banner pledging that they will be drug free for 30 days. In order to make this an ongoing commitment, people will be asked to come out and sign the banner for every month that they honor their pledge.

For Mr. Morrison, this simple approach to Red Ribbon Week has significant value in that it gets everyone involved.

“[It’s a] very simple idea [and] a very simple pledge that challenges everyone,” the Wellness Counselor explains.

But Red Ribbon Week is not just for students. The spirit of being drug free and educating others about the dangers of doing drugs extends far beyond the classroom, which is why CB is introducing a program for parents as well.

This week, parents will be asked to participate in Mandatory Parent Evenings on teenage drug and alcohol use. The two meetings will feature guest speaker Mr. Jackie Long, a retired Special Agent Supervisor of the California Department of Justice, Bureau of Narcotic Enforcement. The intent is to give parents the tools to understanding the drug culture that influences the lives of today’s teenagers.

Though the idea of a mandatory forum has a negative connotation, Mr. Morrison does not want parents to feel as if they are forced to do something they may not want to do.

“We’re not trying to force it, but mandatory makes it so that we know our parents our getting the right information,” he says, reiterating that CB needs a good partnership with its parents.

For Allison, Red Ribbon week is more than about taking a pledge.

“[It’s] making a commitment to make a better version of yourself,” she says.

Community
The Importance Of Remaining Positive