CB’s very own have been tackling the world of performing arts outside of school. A group of Christian Brothers students have found that their dream of acting has been quite the journey, a journey that began with a simple passion of performing on stage. For Natalie McElvy (’14), the journey began at the age of […]

CB’s very own have been tackling the world of performing arts outside of school. 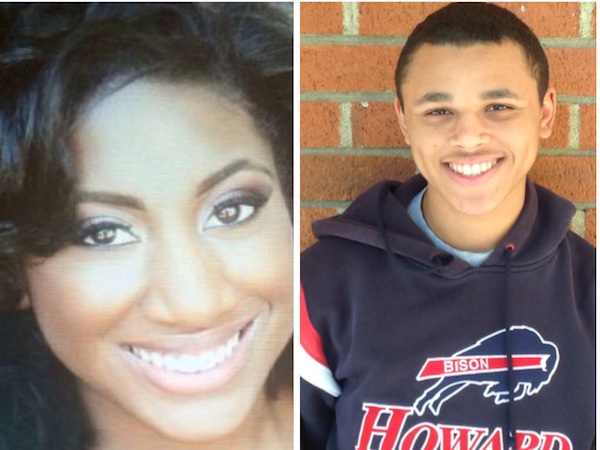 A group of Christian Brothers students have found that their dream of acting has been quite the journey, a journey that began with a simple passion of performing on stage.

For Natalie McElvy (’14), the journey began at the age of six with a few friends in her neighborhood. Her dad quickly noticed her talent and put her in the B Street Theater Company where she was directed to an acting job on a anti-bully campaign.

“That was my first paying job at seven years old,” she proudly remarks.

Justin Baker (’15) was about to begin eighth grade when he decided to start performing with the Sacramento Theater Company.

“At STC, it’s a really great experience,” he says. “They teach you everything from walking into an audition to becoming the best performer that you could possibly be.”

Justin has taken this knowledge to heart as he became the proud recipient of STC’s Jenna Faith Award last year.

“She was a student there who died in a fatal car accident,” he explains. “So every year they give a full ride scholarship to one student.”

Although both actors play a variety of characters, they both have their favorite types to play.

“I’m more of a comedy actress,” says Natalie. “I wouldn’t say I like it more, I just often get put in that position because people like the attitude [of the] character I can play”.

“I appreciate that I can perform a different style of theater and acting,” she adds.

Justin feels that the characters he usually play, mirror who he is off of the stage.

“I tend to play roles that are more of my personality which is upbeat and fun,” Justin remarks. “However I do love playing the opposite.”

“It is a lot of fun being someone I’m not and trying to be that kind of devious character”.

Despite the fact that both actors have played in a variety of performances outside of the Christian Brothers community, neither could resist the chance to perform for their fellow students.

During her junior year, Natalie decided to participate in the CB social justice play. She played a Sudanese doctor who had seen not only her parents, but her entire village killed. After moving to the U.S., Natalie’s character found she was unable to forget her past.

“It was a really deep role,” Natalie comments. “It tacked into emotions I don’t normally tack into.”

“I like the ability to tack into different parts of myself because I believe characters are not you playing a different person, they are you pulling out emotions within yourself that you then place into a character,” says Natalie.

Justin too, took a dive at performing in a CB play, participating in You Can’t Take It With You. As a result, Justin became a fan of comedies.

“That was a lot of fun because I usually don’t play comedic roles,” Justin says. “It was good to step out of my comfort zone of playing this serious lead role and just be funnier and try to get the crowd to laugh. It was a really good learning experience.”

As actors, both Natalie and Justin have found that their passion has moved to a deeper level. Through acting, they both have been able to express themselves as well as enjoy themselves.

“I love being on stage. I love having the power of so many people,” the senior says. “For those moments, everyone is just looking at you.”

“As soon as the lights come on and you’re in front of all those people and they’re just watching you, not to judge you, but just to see what you can do and display your talent,” Justin says, “it is just one of the best feelings you can get”.

As both upperclassmen prepare for their future ahead, they are exploring their options.

Natalie spent her summer at USC in their dramatic arts program.

“I loved it. It was an amazing experience,” she says. “I just learned that characters and acting are so much deeper than just pure being a character…I definitely want to major in dramatic arts.”

Justin has his sights set on the future as well.

“I definitely want to pursue the arts my entire life. I have five schools on my list, NYU being one…Broadway is on the mind — it is the goal.”

As they continue on their journey, we at Christian Brothers send them our best regards. Their journey of pursing their passion is progressing towards a promising career.

“I have a purpose and my purpose is to be the best I can be in the world of performing,” Justin says.