Falcons At The Next Level

Find out how CB alums are performing for their Division I teams. As the fall sports season is in full swing, we enjoy watching our current student athletes perform on the biggest stages.  Our football team has the luxury of being able to play in the Holy Bowl with about 18,000 people in attendance.  The […]

Find out how CB alums are performing for their Division I teams. 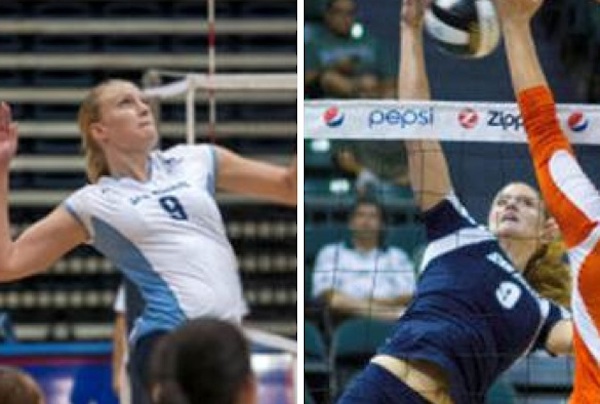 As the fall sports season is in full swing, we enjoy watching our current student athletes perform on the biggest stages.  Our football team has the luxury of being able to play in the Holy Bowl with about 18,000 people in attendance.  The atmosphere and school spirit at these events reaches new levels.

Our men’s soccer team recently was displayed on a big stage when we tied national power, Jesuit. Our Girls Volleyball team has its moment when they face St. Francis High School in the annual Holy Court game on Thursday.

Imagine performing in front of that atmosphere on a consistent basis.  Some of our former Falcons are playing Division I athletics for big some big name programs. Here is a quick update on their performance and their teams progress.

Asante Cleveland ’10 starred for the falcons on the football field, and was ranked as the 15th best tight end in the 2010 recruiting class, according to Scout.com.  His senior year at CB, he hauled in 24 passes and held 412 receiving yards, to go along with 7 touchdown receptions.  Currently he is in the midst of his a senior season at the University of Miami.  Asante has appeared as a true freshman for the 2010 season, and has appeared in 28 games in his college career.  He has 128 receiving yards in his four seasons.

Corey Crowder ’10 also started on the football field with Asante during the 2009 season.  Corey was a two way threat for the Falcons.  He anchored the defensive backfield as a stellar safety, and was workhorse in the backfield as a fierce downhill running back.  He recorded 100 tackles in 11 games his senior year.  Today, Corey plays as a linebacker for the Portland State Vikings, out of the Big Sky Conference.  Now in his junior season, Corey has gotten his first opportunity to play as a starting linebacker.  In 4 games this season, Corey has 17 total tackles to his name.  In Week 2 of the season, Corey played one of his best games against highly favorited Cal.  He sacked Cal’s quarterback, Jared Goff 1.5 times on a regionally televised game.

2 hours eastbound on I-80 is where you can find Bryan Lane Jr. ’11 playing football football for the Nevada Wolf Pack.  After an outstanding season as the Falcons middle linebacker, Lane drew interest of Pac 12 schools, but chose the University of Nevada because of their magical 2010 season.  After redshirting the 2011 season in Reno, Bryan appeared in all 13 games last season as a freshman.  He was converted to play the safety position and recorded 17 tackles and forced a fumble.  This season, new coach Bill Polian switched Bryan back to the linebacker position, where he is off to a great start.  He already recorded his first career college interception against mighty UC Davis in week 2 of this season.

Katie Hoekman ’10 is one Falcon who is having great success on the volleyball court.  Katie, daughter of CB’s Ms. Hoekman, stars for the University of San Diego’s volleyball team.  The Torero’s are currently ranked 8th in the nation and hold an impressive 8-2 record, with a convincing win over then No. 1 USC.  Katie is a middle hitter and is second on her team with 115 kills.  Katie is in her senior season with the Toreros and looks to lead her team to a West Coast Conference championship.