Getting into character for the whimsical A Midsummer Night’s Dream can prove to be a rewarding and challenging experience for the actors of CB. 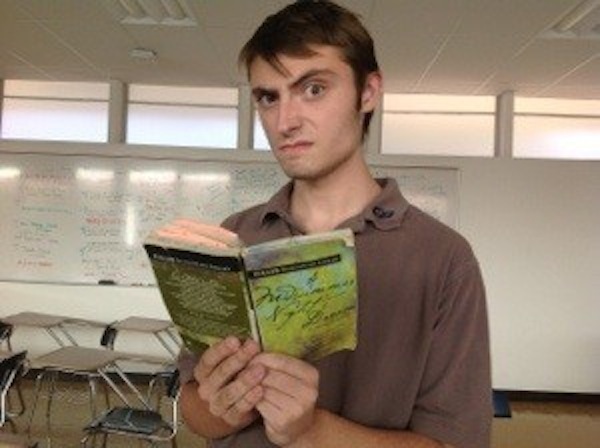 One of the two plays to look forward to this year by Christian Brothers’ Performing Arts students is the mischievous, yet heartfelt A Midsummer Night’s Dream by William Shakespeare. Not only does the play itself provide its own plot filled with disarray, but the many roles the story includes reveals a level of talent and commitment needed to portray them.

The instructor of the class who has taken on this endeavor, Mr. Connor Mickiewicz has much confidence in his students.

“It’s all been based on the talent that comes into the room and seeing what they can bring”, he says about the group of actors who are participating in the production. It is evident that teenagers selected to take part in the play have met the expectations of the hopeful instructor.

For junior Garrick Sigl (’15), the rehearsals are incredibly important for him to step into the complexity of his character.

“The rehearsal process becomes a chance for the actor to change and develop a strong character,” the junior says.

Garrick has been casted as Demetrius, whom the young thespian describes as “vain and selfish, but also has a pleasant side”.

Although the overall tone of the play is silly, there is a serious commitment to each role. Determination is a good driving force in portraying these characters. But along with the dedication that the actors have to their roles, there is a constant challenge to balance other commitments.

One of the most anticipated parts that is infamously known for its particularly unusual interactions is the character Bottom. A freshman, Ian Ferrell (’17) , has captured this role.

“He was so human at the audition, which is ironic because Bottom turns into a donkey,” explains Mr. Mickiewicz. “I’m really excited to see any teenager explore that role.”

Ultimately the hard work and dedication these actors go through will all be worth it. There is high hopes and much excitement for the fall production from both the instructor and his students.

“I believe the cast will create characters that will cause an uproar in laughter, love, and magic!” Garrick says.