With all the different forms of film available, why do not we watch more in school? Let’s face it, when a teacher shows a movie in the classroom it is the highlight of the everyone’s day. As students, we are drawn to the “pretty faces”, the music or the special effects, that we miss the […]

With all the different forms of film available, why do not we watch more in school? 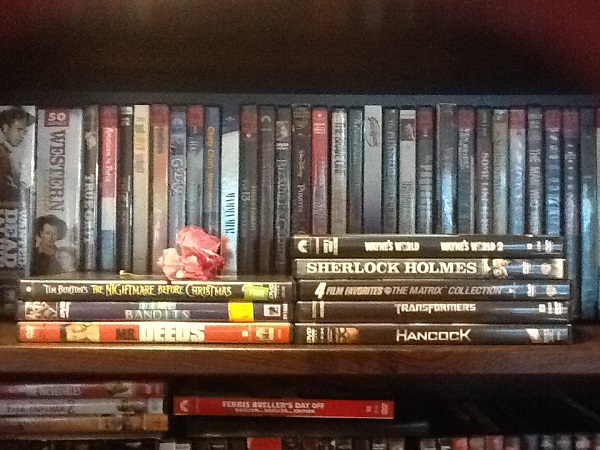 Let’s face it, when a teacher shows a movie in the classroom it is the highlight of the everyone’s day. As students, we are drawn to the “pretty faces”, the music or the special effects, that we miss the point on why the teacher shows us the movie.

In world literature drama, students read some of the greatest plays ever written. And what is a play without a dramatic performance? This is why watching many different clips of the same play is necessary for the students for them to get better feel the real thing.

Teaching Shakespeare, Ms. Bowers finds it incredibly important that if a good, realistic play can be seen in performance then it should be. She will show the same speech or the same scene done three or four different ways to show “how flexible language can be and how a different perspective can change the meaning of the same passage dramatically,” she says.

When teaching Shakespeare it is all about the power of the performance, which is why Ms. Bowers thinks it is  important that students “[see how] a play is being spoken and preformed is how it was intended”.

Ms. Bowers also talks about documentaries that she shows in class, saying that some of them fit in “so well with the background information for that story” that it would not make sense for her not to show it.

Sometimes films can connect stronger with students then a long history lecture about what happened, and if a teacher can find a documentary that is historically correct they most commonly use it to provide a different and visual example of what life was like during the time their lesson is focused on.

Ms. Bowers is a big supporter of film when it is relevant to the topic at hand, but also knows that she has to be careful not to fall into the idea that showing a film does all the work.

“Film can be as effective as some literature,” she claims, noting that she actually sees them as a “form of literature”.

“After some of my lectures have faded away, a film can stay with a kid forever,” she says.

She does think that though a clip of a film can complement a piece of literature,  it is hard to find a full length one that actually does the book justice. She finds that “books have so much more then movies do” because movies have to edit a lot of key material from the book to make more pleasing to the eye.

Ms. Bowers says there are two main reasons why she personally wouldn’t show a full length film in the class room, particularly due to time and because films do not usually “live up to the standards of the book”.

When watching a performance of a play or a novel, the literature teacher and film buff believes that one only needs to “show enough to put the idea of performance into the students minds as they read.”

Film has always been a big part of our culture, especially now that the resources to create home movies and the access to films is so easy because of common movie sights like Netflix, Hulu, RedBox and even the local library DVDs. Film is now being more commonly incorporated into student’s education because it is relevant, and we can all better emotionally attach to characters and personalities on the screen.

But CB students also need to realize that just because a teacher shows a movie, doesn’t mean they are just giving them something to do. A movie shown in class has been thought out and planned because it better enhances the topic being learned in class.