The Kings are so close to remaining in Sacramento that they can smell it — and how sweet an aroma it is for CB students and teachers. Members of the NBA Board of Governors unanimously voted for the Kings to stay in Sacramento last week, bringing the the Capitol City’s beloved ball club one step […]

The Kings are so close to remaining in Sacramento that they can smell it — and how sweet an aroma it is for CB students and teachers. 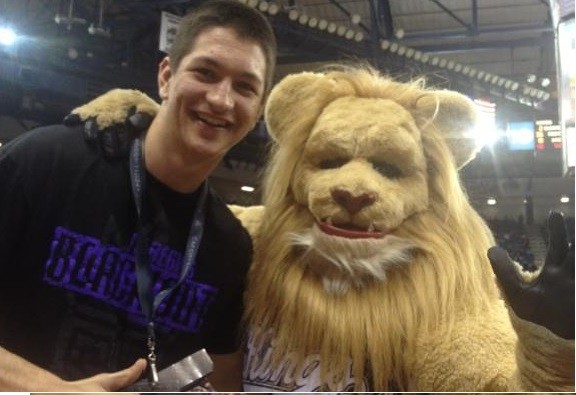 Members of the NBA Board of Governors unanimously voted for the Kings to stay in Sacramento last week, bringing the the Capitol City’s beloved ball club one step closer to staying in their home of the last 28 years.

In order to make the measure official, the NBA’s Board of Governors must attain just over a 1/3 minority vote at their meeting in Dallas on May 15. This seems all but assured as many members of the council already voted against the team’s relocation last week.

However, if the council passes the vote to keep the kings in Sacramento then the Maloofs may take up legal action against the NBA in order to retain ownership of their franchise. Judging by the actions of the Maloofs in the past, anything is possible.

But putting all details aside, Sacramento Kings fans could not be happier that their team is taking steps toward staying.

Sophomore Madison Winn (’15) was exuberant upon hearing the news that the kings are so near to making the deal to stay.

“I’ve been a fan of the Kings since I was three years old”  Winn boasts. “I still love everything Jason Williams did and Chris Webber and Peja Stojakovic.”

Finn Whetstone (’15), a forward for Christian Brothers’ men’s varsity basketball team, also has fond memories of the Kings in his life.

“Being a Kings fan was the reason I started playing basketball when I was young” Whetstone delightfully recalls.

Many students remember times when the Kings made playoff runs and played truly unique NBA basketball. Players like Bobby Jackson, Mike Bibby, Vlade Divac, and Doug Christie made the Kings a team worth watching.

Now that the Kings have gone through a rather extensive strand of losing seasons, one would assume that fans would stop caring about their team. But this is not the case, and Kings fans have proven to be some of the most loyal in professional sports.

Junior Hayden Jones (’14) shared how he has still enjoyed following the Kings despite their playoff drought.

“It’s a really unique experience to go to a game with some friends and watch great players play, we’re lucky to have them” Jones appreciatively states.

Christian Brothers students seem to share Jones’ sentiments. No matter how the Kings perform, they are still our home team. We will support them and fight to keep them for as long is humanly possible.

So take advantage of the opportunity and go see a Kings game this upcoming season. Grab a friend, grab a seat, and enjoy the show.