Over his tenure at CB, Mr. Delgado has turned his room into more than a place of teaching, and into a place filled with memories. Whether or not you have had Mr. Danny Delgado ’79 or not, you’re bound to have ventured into his room at some point.  His room is place between the two […]

Over his tenure at CB, Mr. Delgado has turned his room into more than a place of teaching, and into a place filled with memories. 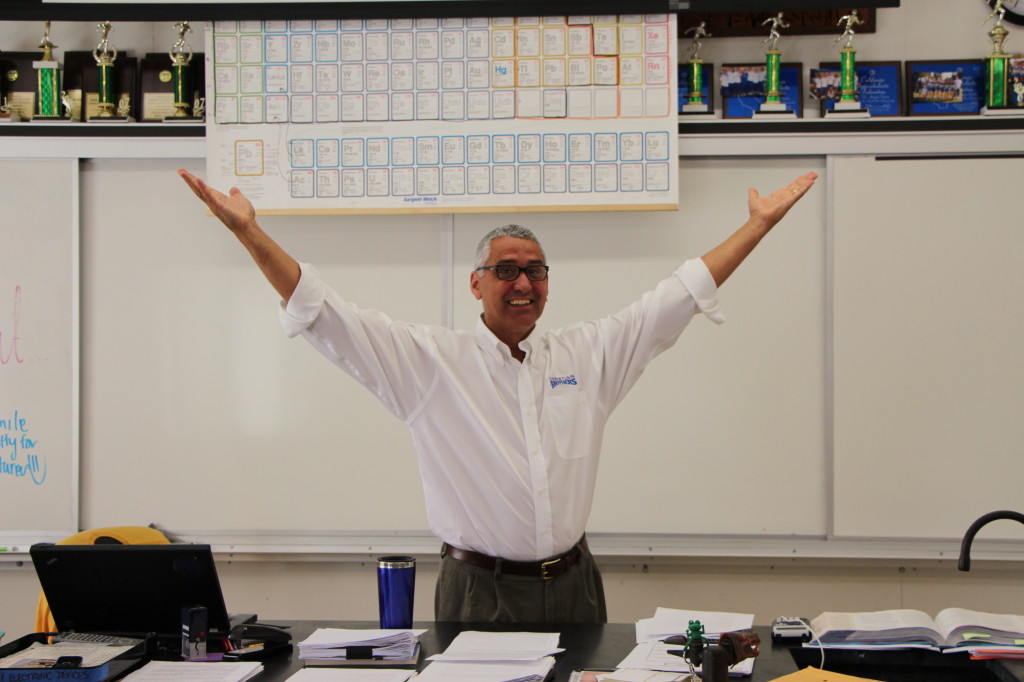 Whether or not you have had Mr. Danny Delgado ’79 or not, you’re bound to have ventured into his room at some point.  His room is place between the two wings of lockers, and it seems like everyone has had him at some point or another, either as a student or as a runner on the CB Cross Country team .

Just as many other teachers have done, Mr. Delgado has stacked his room full of memories.  From the very front to the way back, every item has a story waiting to be shared. 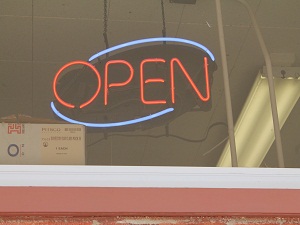 The first thing students will notice is the large neon sign hanging in the window above his door.  It’s the object that tells students whether or not his room is open.  Typically, it’s lit up very early in the morning and turned off late in the afternoon.

The sign was a gift from two students during his early years of teaching freshman.  As Advanced Physical Science students, they had to do an atomic model of one of the elements on the periodic table.  The pair picked neon and brought the sign in along with their model, and Mr. Delgado ended up keeping the sign.

“At the end the mother told them to give to it to me because she didn’t want it,” he explained. 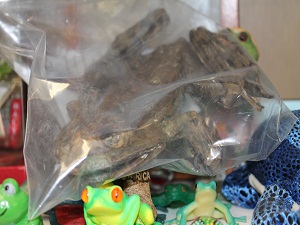 Upon entering the room, you cannot help but notice all the frogs around the room.  From the cabinet by his desk to all the glass cabinets, little frog figurines, bones, diagrams, and stuffed animals fill the areas.

“I don’t know why,” he explained, “but I’ve always had this thing about frogs.”

One of his most prized frog related possessions came from one of last year’s graduating seniors, Maddy Walsh ’12.  During her freshman year, she asked Mr. Delgado to do extra credit, even though he had a policy of no extra credit.  She pleaded, and he relented, telling her to bring it in to class.

The object she brought in played to Mr. Delgado’s love of all things frogs — it was a fully mummified frog!!

Now as one of his students, I remember my eyes wandering to explore the different crevices of his room.  On top of his cabinets at the front of the room lay two of his most memorable objects. 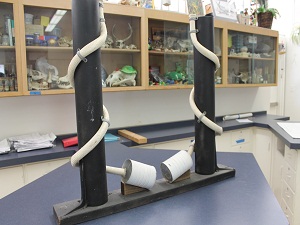 The first object is an old science from project.  Not many teachers can say they had the honor to watch a student grow from their elementary school days to their high school courses, but Mr. Delgado can.

This project was from one of his students that he taught in 6th grade and in high school.  The point of the project was to test the theory that objects fall at the same rate. 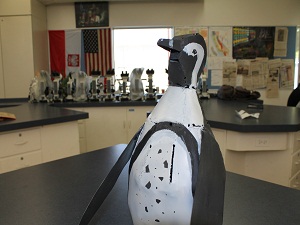 The second object is this penguin.  Before Mr. Delgado started teaching Watershed Biology, he taught marine biology courses.  The penguin came from one of his students during the final year of the class, which was 2009-2010.

Students had to research a bird and make a model of it.  The student who gave Mr. Delgado the penguin was learning how to weld, and at the end of the year gave it to him as a gift.  Of all the birds he could have picked, Mr. Delgado picked this one.

“I keep that one because that was [from one of] my last marine classes,” Mr. Delgado stated. “And my son likes penguins, so I keep it here because it reminds me of [him].” 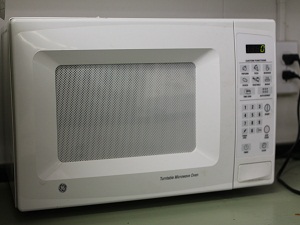 Mr. Delgado’s room is always open, figuratively and literally speaking.  Students wander in there all the time asking for kitchen utensils or to use his microwave.

Ah, the microwave.  This has to be the hub of his room.  Students who have never even had Mr. Delgado come in here to use the microwave, and he is completely fine with people coming in to use his stuff.

“For me, my door is always open, literally. I keep things open all the time,” said Mr. Delgado.  “What’s mine is there’s because we’re a community. I don’t mind sharing as long as students respect what’s mine. 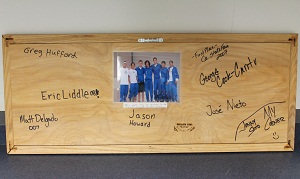 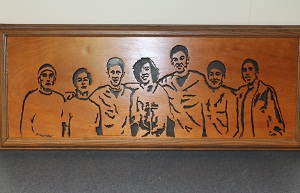 The very last thing in his room Mr. Delgado chose to talk about was his wooden frame that hangs above his desk.  He holds this very dear to his heart as one of his cross country runners gave it to him as a gift.

On the front of the room is a wood carving of one of the cross country teams that went all the way to state.  There had been individuals that made it, but according to Mr. Delgado, what made this one so special was that it was the first team ever to qualify.

The team consisted mostly of juniors and sophomores, including his son Matthew Delgado ’07.

“The thing that makes it most meaningful is that I was really close with those kids because they all started running their freshman year,” explained Mr. Delgado.  “We were just really close.  We had a lot of fun together, and did a lot of things over the year.”

Now that you know a little bit of background on this fantastic room, don’t be afraid to go in and ask Mr. Delgado more stories about the objects in his room.  He could talk your ear off with the amount of stories he has to tell.