Falcon Of The Week: Sergiy Vasylyev

Find out how this CB junior is dancing his way to top. I had heard about the marvelous Sergiy Vasylyev (’14) from some of my peers and was finally able to put a face to the name when I saw him show off his famed ballroom dancing skills at Upper Divison Ball. I was a […]

Find out how this CB junior is dancing his way to top. 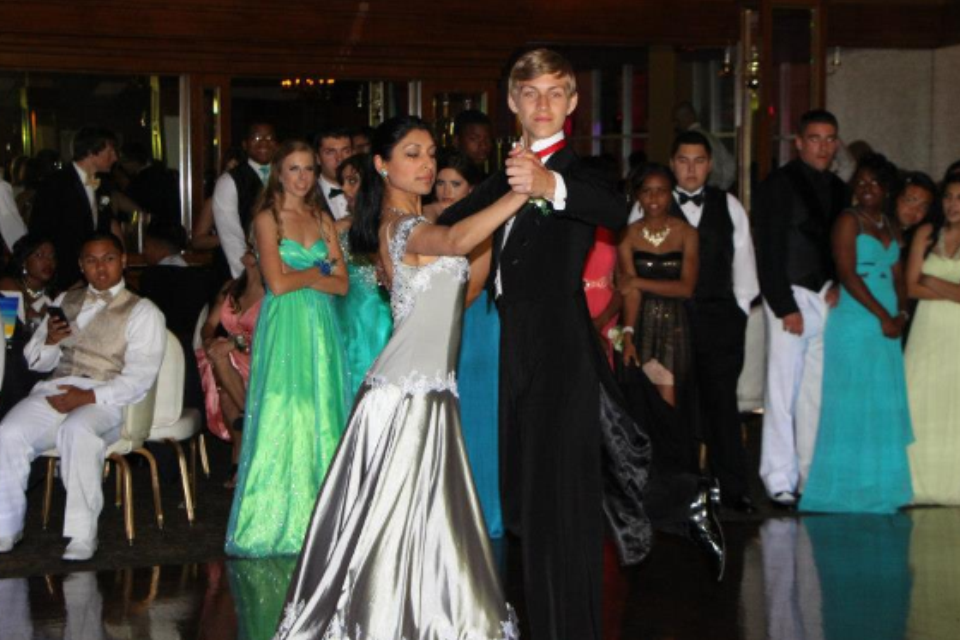 I had heard about the marvelous Sergiy Vasylyev (’14) from some of my peers and was finally able to put a face to the name when I saw him show off his famed ballroom dancing skills at Upper Divison Ball. I was a bit shocked, however, to see him dancing with a lady much older than he.

I set out to interview Sergiy in hopes of learning more about his interesting hobby and found him siting at a table with some of his friends and his girlfriend. When I asked him if I could interview him, he seemed a bit skeptical.

I was about to start begging for an interview, but then his girlfriend chimed in saying, “Come on Sergiy, do it!”

Being the gentleman that he is, Sergiy listened to his girlfriend and decided to walk outside with me.

I skipped the small talk and cut right to the point, asking him to give me a little background on his dancing career.

“I was a pretty uncoordinated kid before I started dancing,” he told me. “About when I was 12, my parents encouraged me to sign up for dancing.”

Fortunately for Sergiy, the ballroom dance lessons had a positive outcome.

“I started being able to walk and not worry about tripping so often,” he said happily.

Having seen the junior preform at prom, i was somewhat shocked that he had at one time been uncoordinated.

“Now I’m at a level where I am able to compete at a national level,” he explained.

I found out that Sergiy goes to a national competition each year and competes against 21 to 25 year olds.

“I actually pretend I’m a bit older,” he told me. ” The judges don’t really want to see an age difference.”

The competition starts with 12 couples and splits in half every time until there is one couple left. I began to understand Sergiy’s talent when he told me about last years competition.

“Last time I got 20  gold medals, ” he said nonchalantly.

“So, you basically won everything?”

He went on to explain that the competition consists of three levels: bronze, silver, and gold. Although he is currently a bronze dancer, Sergiy is currently training to compete in the silver level.

But Sergiy supervised me with a statement about his latest performance.

“I was actually pretty nervous about dancing at prom,” he said with a laugh. “The funny thing is, there were about ten times as many people at Prom than at the national competition.”

Just as the bell rung, Sergiy left me with a parting statement.

“Just like some people with music and arts, dancing is a way to express myself. “