CB Fall sport athletes endure scorching heat through summer conditioning to reach their peak performance in time for the regular season.  The summer period comes around and leaves many students restless, bored, and looking for something to occupy themselves. Such is not the case for CB’s dedicated fall sports athletes. From football to women’s volleyball, […] 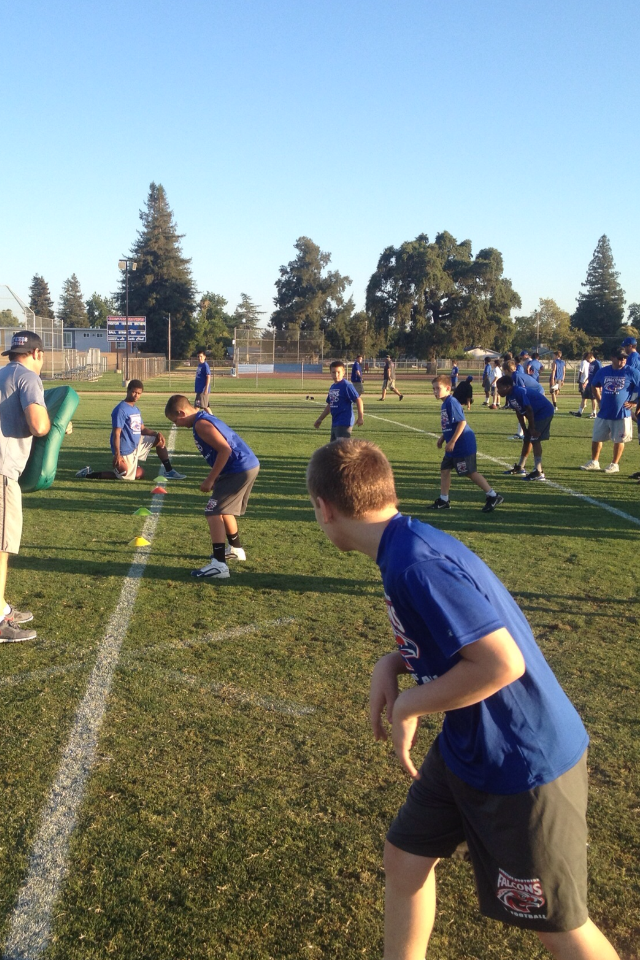 The summer period comes around and leaves many students restless, bored, and looking for something to occupy themselves. Such is not the case for CB’s dedicated fall sports athletes.

From football to women’s volleyball, nearly every Fall program at Christian Brothers puts on a program of summer conditioning to keep athletes in top physical and mental condition.

Although basketball is a winter sport, there is a beneficial program that coaches have put together to develop the skills and mentalities of their athletes.

Weekly conditioning sessions and practices are available to the players as well as tournaments, which junior Stephen Hasbrook (’14) believes to be extremely beneficial to the chemistry of his squad.

“We have a lot of tournaments like the one in Tahoe, which are a good chance to win games and get close with your teammates” Hasbrook proclaims.

But basketball athletes are not the only ones putting in work over summer. One of Christian Brothers’ most talented teams, women’s volleyball, has a program lead by CB’s Results Trainer Tom Ruilas.

The team goes together to Curtis Park and runs two miles as a warm up for weight and technical skills training back in the field house several times a week.

Junior Jaymee Lee Bulda (’14) believes this work is part of what has lead the program to such great success in previous years.

“Not only does it get us in shape as far as our bodies, but it gets us thinking about the game and mentally prepared,” Bulda happily states.

And of course, last but not least, there is the Christian Brothers football program.

Brothers’ football team has a season that is practically never ending, but picks up particularly during the Summer.

Tight End Hayden Jones (’14) works with his teammates 5 days a week, 3 hours a day, on CB’s football field to go over the subtle nuances  and technical skill needed to succeed as a football team.

“It’s one of the toughest things I’ve ever done but I think it makes me stronger. Without it our team would go nowhere,” Jones confidently tells the Talon.

These athletes and others alike work hard over summer to be the best they can be and represent Christian Brothers with pride. Look out for Falcons athletics this fall to see the hard work pay off.