Falcon Of The Week: Maret Marcin

Though she is not yet 18, this CB junior is a ready to “rock the vote.”  Newly elected to the Associated Student Body council for the office of Publicity/Historian, you probably already have heard the name Maret Marcin (’14). But this junior is taking her involvement in leadership far beyond the borders of CB. While […]

Though she is not yet 18, this CB junior is a ready to “rock the vote.” 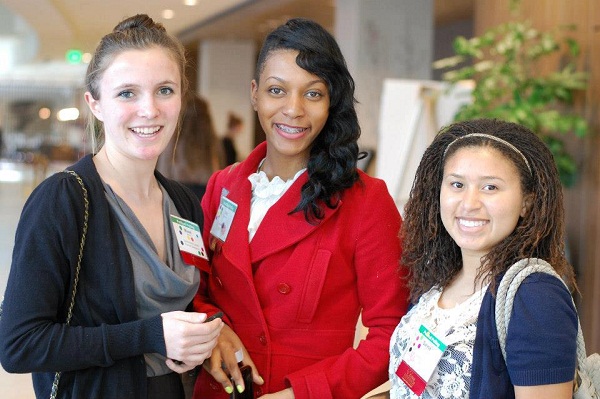 Newly elected to the Associated Student Body council for the office of Publicity/Historian, you probably already have heard the name Maret Marcin (’14). But this junior is taking her involvement in leadership far beyond the borders of CB.

While at school, Maret is a Scholar, peer tutor, and leader in the French Club.  In her free time, this involved citizen is taking part  in a program at the local YMCA, Youth and Government.

Now in her second year of the program, she meets once a week with the other members of the Sacramento Chapter of Youth and Government, including fellow CB students Sarina Klein (’14), Iris Anderson (’14), and Max Pedrotti (’14).

“It’s not just meetings,” she says.  “There is lots of outside work, and we have three major weekends of conference which require us to miss school.”

Even though the commitment to the program is great, Maret says it’s not a problem to stay on top of her rigorous course load and many extracurricular activities.

“I have always been a busy person,” she admits.  “I just found activities that I love, and balanced  my time between my commitments.”

Finding the dedication to participate was easy for this active student, especially once she found her niche in the Youth and Government program.

“I have liberal views, but I would consider myself a conservative Democrat,” she says.  “But, the program has many different specialty areas so even though I am not very into the political aspect of it, I found things I really enjoy doing.  This program is so wide, so diverse, and so much fun, with 3,000 high school students involved from around the state.”

In addition to making friends from across California, Youth and Government has allowed Maret to blossom as a person.

“Before, I was so shy and could never talk to random people,” she explains.  “Now, I can stand up and talk in front of the entire school.  It was great for my confidence and speaking skills, and it really inspired me to run for ASB with Iris.”

“Now I have the skills you need for the rest of your life, and I can write bills, pass bills, and discuss issues about legislature and the court system.”

With her new skills in tow, Maret is ready for the rest of her life, thanks to the Youth and Government program.

“I think that there is an attitude that teenagers don’t care about the government and what is going on in the world but, we are the next generation of legislatures and lawyers and we need to take responsibility for where we want us as a people to go, us as a country to go, and ourselves individually to go.”