Members of the CB community are excited about the direction of the Catholic Church under its newest leader. (photo courtesy WikiCommons) Born in Buenos Aires, Argentina, Jorge Mario Bergoglio was elected as Pope of the Catholic Church on March 13, 2013 and changed his name to Francis. With his election. Catholics across the globe looked […]

Members of the CB community are excited about the direction of the Catholic Church under its newest leader. 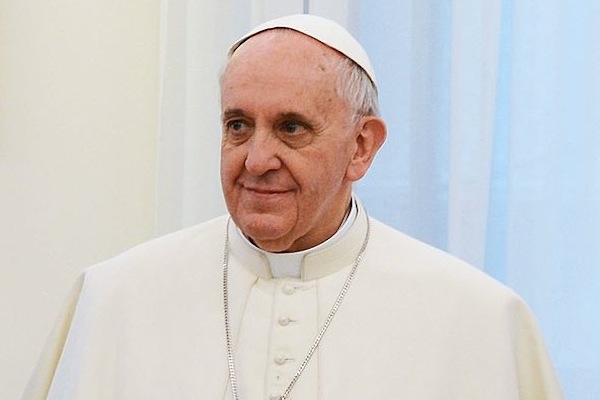 Born in Buenos Aires, Argentina, Jorge Mario Bergoglio was elected as Pope of the Catholic Church on March 13, 2013 and changed his name to Francis. With his election. Catholics across the globe looked toward the future of Catholicism with a bright sense of hope.

Looking at some of his past actions as a bishop and even some of his recent actions as Pope, many here at Christian Brothers High School have formed strong opinions about Pope Francis.

Being one of the few popes to not hail from Europe caused great surprise and excitement among the CB community.

“After first hearing about the election, I was happy to see that he wasn’t from Europe and that he was from South America instead,” says Ms. Jennifer Lystrup.

“He appears to be a humble guy,” says Eric Domek (’14). “I think Pope Francis will really push the Vatican toward a more positive future.”

Pope Francis has also broken Catholic tradition by washing the feet of Muslim women, a decision that has angered many traditionalists. However, Pope Francis’ break from tradition has been seen as a mostly positive action by those of us here at CB.

“I thought that the washing of the Muslim women’s feet was a remarkably beautiful gesture; I think that’s something Jesus would do,” says Ms. Lystrup. “Pope Francis seems to be someone who understands that there are traditions that he will probably have to ignore; he also seems to be someone that recognizes the humility, the service, and the social justice that is present in Christianity.”

“That is absolutely what Christ would be doing, and Catholics are big on symbols and signs,” says religion instructor Mr. Chuck Zanetti. “That is a huge sign that says thing are changing, that we have got to get back to the basics of what Jesus was all about.”

“I agree with the Pope’s decision to break away from tradition because he should be supporting everybody out there, not just Catholics, but also Muslims and other people who have different faiths,” Eric adds.

Both Ms. Lystrup and Mr. Zanetti enjoy the fact that Pope Francis appears to be leading the Vatican in a new direction. The two religion teachers also enjoy Francis’ humble and simplistic nature, which makes his personality very similar to the St. Francis of long ago.

“Although I’m very happy the [Pope Francis] is different in the sense of being more humble, he is an old Pope, and quite frankly, I was hoping they would elect someone who was younger that had a more open view of the modern world,” says Ms. Lystrup.

“I was just taken aback when I first saw him and how simple he was and how humble and how he asked people to pray for him,” says Mr. Zanetti. “As the days unfolded he did so many humble things like riding the bus with the other bishops, living in the guest house, and how he washed the feet of juvenile detainees.”

Inevitably, many Christians have begun to compare Pope Francis to his predecessor, Pope Benedict XVI.

“I think Benedict was very formal in some ways while Pope Francis is very humble just by the nature of his name,” says Ms. Lystrup.

Although Pope Francis has only held the papacy for a short period of time, he has shown incredible promise through his actions and deep sense of humility. Hopefully, with the guidance of the Holy Spirit, Pope Francis will lead the Catholic Church toward a path closer to the teachings of Jesus.