Falcon Of The Week: Alyse Toth

This CB junior is truly an ambassador — in more ways than one. Junior Alyse Toth (’14) is exceptional both in and out of the classroom.  A member of the Scholars program and Student Ambassador at CB, she is also an experienced musician, athlete, and Girl Scout. Since the age of five, Alyse has been […]

This CB junior is truly an ambassador — in more ways than one. 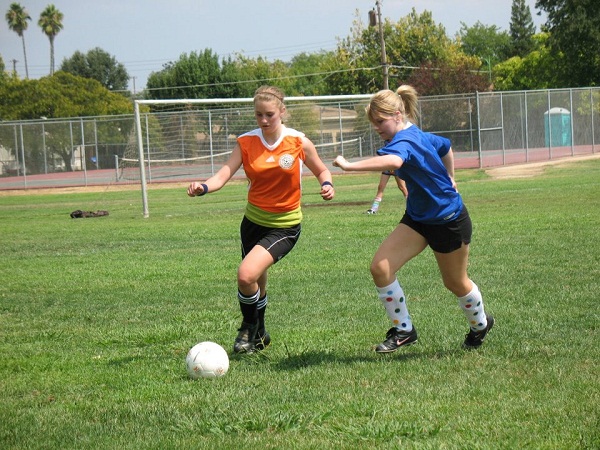 Junior Alyse Toth (’14) is exceptional both in and out of the classroom.  A member of the Scholars program and Student Ambassador at CB, she is also an experienced musician, athlete, and Girl Scout.

Since the age of five, Alyse has been playing the piano.  Now she is a lover of both listening to and playing her own music.

“I used to take lessons with my cousin, Reed,” she says.  “It really inspired my passion for music.”

Now, she plays piano and still takes lessons weekly.  In addition, this young artist is involved in the CB band.  While freshman and sophomore years she was enrolled in band as a pianist, this year she made the switch to violin.

“I never actually practice the violin, but I’d say I’m pretty good,” she says.  “I like being the only one in my family with musical ability and the violin because I like to be able to play more than one instrument.”

[pullquote]”In my house, music is like a special language that only I can speak or understand.”[/pullquote]

“I play the piano all the time, whenever I get the chance,” she adds.  “It’s probably my favorite thing to do.”

This multi-talented junior’s likes are not confined to the arts – she also participates in several sports.

At the age of four Alyse began playing soccer, a sport which she still loves and participates in, even though she doesn’t play for the CB team.  She also runs on the Track and Field team, and has for three years now.

“Sometimes it is hard to get the motivation, but I still like it,” she admits of track practice.

In addition to music and athletics, Alyse maintains a high GPA in Honors and Advanced Placement classes.  She also serves as a Student Ambassador for CB and is a member of the Scholars program.

“I’d say it is pretty hard to keep a good GPA in such rigorous classes,” she states.  “But, I want to be a criminal profiler like Dr. Sweets from Bones and hope to major in psychology and sociology, with a minor in criminal justice, so it’s worth it.”

But, most special about this junior is her dedication to being an exemplary Girl Scout.  Since kindergarten she has been working her way up from the Brownie rank, to the highest level, the Ambassador rank.

“I have already earned my Bronze and Silver awards and am now working on my Gold award,” she says proudly.  “In fifth grade I earned my Bronze award by throwing a “Girls’ Night Out” with my friend Olivia.  We had little beauty stations and a funny photo booth.”

“Last year I earned my Silver award, with Olivia as well,” Alyse says.  “We held a soccer clinic to teach little kids the basics of playing soccer and collected gently used soccer equipment to give out to the kids who participated.”

Alyse hopes to receive her Gold Award — the highest rank in Girl Scouts — by the end of this summer.  Her project is already well underway, but she has a long way to go.

“This summer I’m planning on helping to fix up the library at my elementary school, Holy Family,” she explains.  “I want to get more up-to-date fiction and nonfiction books for the kids to read and use for projects.  And, I want the library to be a more welcoming place that the kids will want to go to with books they want to read.”

Alyse’s diverse and dedicated resume is a reflection of CB’s LaSallian mission and she is a worthy recipient of the Talon‘s Faclon of the Week.