Despite it being his first year at CB, Mr. Leporini has already established himself as a campus favorite. There have been many new faces and names to occupy CB classrooms during this 2012-2013 school year. One of these new teachers is Mr. Vincent Leporini, a US History, Economics, and AP Government instructor. Born in New […]

Despite it being his first year at CB, Mr. Leporini has already established himself as a campus favorite. 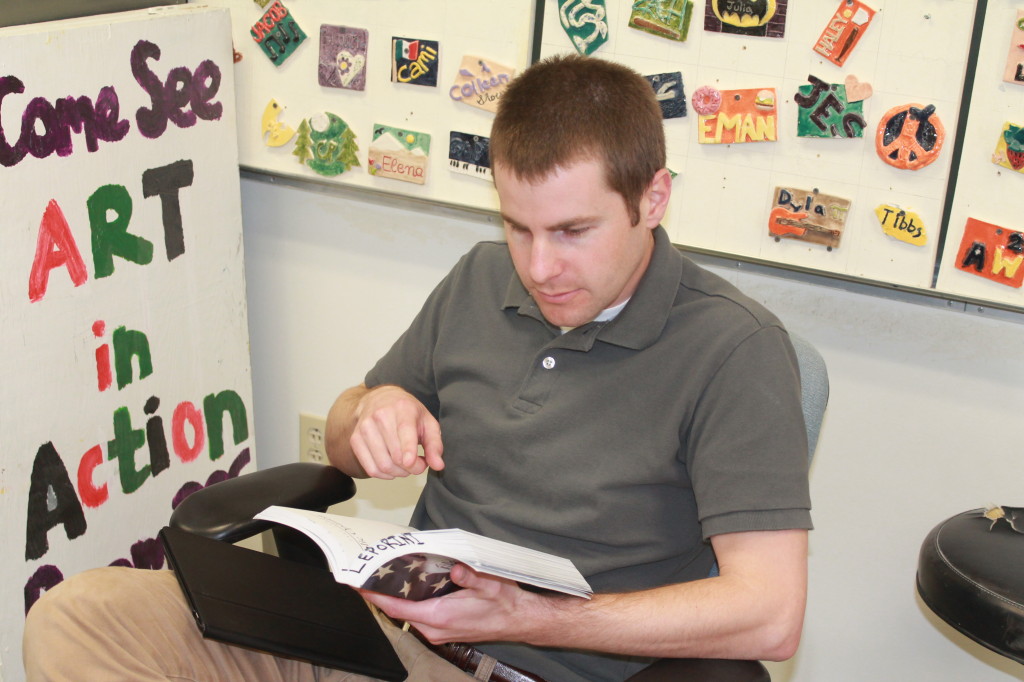 There have been many new faces and names to occupy CB classrooms during this 2012-2013 school year. One of these new teachers is Mr. Vincent Leporini, a US History, Economics, and AP Government instructor.

Born in New Mexico, “The Land of Enchantment”, Mr. Leporini was raised in a Protestant family with his two sisters.

“This is my first experience in a Catholic environment,” he revealed.

However because his father worked for the government, they moved quite often. Mr. Leporini has lived in places such as Maryland, Los Angeles, and eventually Sacramento, where he attended nearby Bella Vista High School.

After graduating high school, he moved back to Los Angeles where he went on to college to earn his degree at Azusa Pacific University, one of many honors he has collected over the years

“Besides my yellow belt in karate…I have a Bachelor of Arts in social science with an English minor, [and] a California credential.”

After earning his degrees, Lep — as he is referred to by his students — taught in the Los Angeles area for several years until this past year, when he was given the opportunity to work at Christian Brothers. The motivation for him and his wife to return to “The City of Trees” was strong, as most of both of their family lives here as well.

However, he held several other jobs along the way, his first being a night time janitor at a church. Some of his other low paying jobs he had include washing dishes, working in a plant nursery, and a paper plant.

“I worked at a kids camp once, which was great because you just run around, and on slip and slide day you just man the slip and slide and have Otter Pops all day — [Louie-Bloo Raspberry] is the best one,” he says.

Of all of his jobs however, his favorite is teaching here at CB 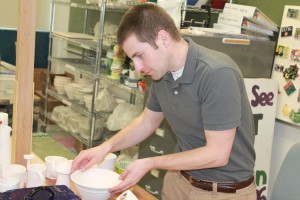 Mr. Leporini is a molder of young minds, not to mention artisan bowls.

“Teaching the youth of tomorrow and instilling strong values, I really enjoy teaching more that anything I have done,” the social studies teacher says.

Mr. Leporini enjoys teaching here at CB, his favorite thing being that he is on the freshman hall.

“By being on the freshman hallway, I get to work on my agility,” he says. “The pack-like mentality allows me to do a lot of ducking and weaving with a cup of coffee so it is keeping me young at heart.”

Through all of his achievements, Mr. Leporini gives thanks to his parents and considers them his personal heroes,

“My parents sacrificed a lot to get me where I am — it’s the sacrifices they made for my sisters and I that don’t go unnoticed.”

But there is one person outside of his immediate family who the popular teacher regards as a paragon of integrity and truth.

Like the X-Men superhero, Mr. Leporini hopes to be an inspiring figure to the students here at CB.