Another Blue Banner For CB

Our Lady Falcons captured another section title on Friday in front of a raucous crowd at Sleep Train Arena. After three years of missing out on the Sac-Joaquin Section Division III championship game, the Christian Brothers Women’s Varsity Basketball team captured a section title, defeating the Vanden Vikings 61-56 at Sleep Train Arena on Friday […]

Our Lady Falcons captured another section title on Friday in front of a raucous crowd at Sleep Train Arena. 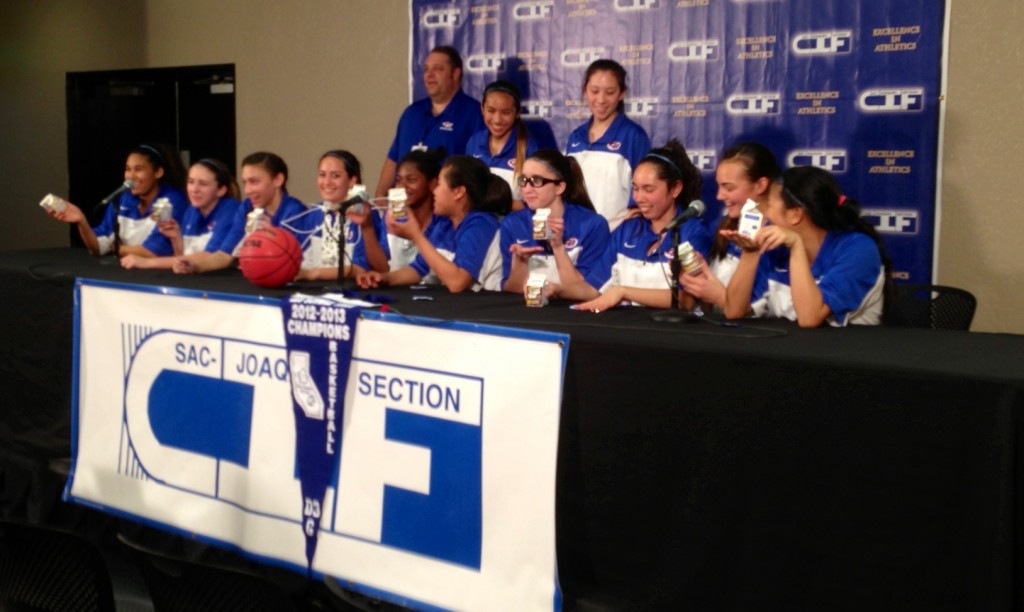 After dominating their first three playoff games, this section final was no walk in the park either.  The Vikings made the Falcons earn the right to hoist the championship banner over their heads.

Senior co-captain Niel Valmores (’13) along with fellow senior and captain Ana Burch (’13) have been on the varsity squad all four years, battling through the pain of coming up short for three of their four years.  Valmores was not about to let another one slip through her fingers.

“It feels amazing not just to get to [Sleep Train Arena] but to win,” Valmores said.  “It was ultimately the goal.  It just feels amazing. I’m just so happy [for] the team and [for] the fans for coming out.”

The Falcons went up against a strong, physical and speedy Vanden team that almost came back to steal the victory for CB.  After going down by ten in the first quarter, the Vikings rallied back to tie it up in the third quarter.  Between the end of the third and midway through the fourth quarter, the scored seesawed until the Falcons took control and never looked back.

From the seniors to the freshman, no one crumbled under the pressure.  Everyone stayed calm and composed as the Vikings played a very physical game.  The pressure was no surprise for Valmores as she knows what it feels like to be in these situations.

“Being a senior and playing for four years, I’ve been in nerve racking positions,” stated Valmores. “So just having composure and confidence [helped].  We went into halftime seeing that they were more intimated than us.” 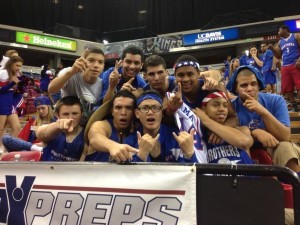 The freshmen played crucial roles in the win.  They gave the starters chances to have small breaks for water or just to rest their legs and they didn’t let the atmosphere of Sleep Train Arena and the rowdy fans get in their heads.

“Our entire team played well, especially the freshmen,” Valmores complimented.  “Watching them from when they were just coming on in November and to now.  They played with composure too.”

“It just reminds Ana and I of ourselves from when we were young; we were nervous so we knew how they felt so we could just help them with that.”

Head coach Ron Gully is extremely pleased with his team for competing at such a high level and everything that comes with it.

“[I am] proud of everybody equally,” he complimented.  “I love this team. This is a working team and we have a bunch of weapons and it’s a complete team effort.”

Coach Gully has high hopes for the team as they enter NorCals.

“[We hope to take into the next game] that we are capable of beating any team and that we are going to be the toughest team every night,” he explained.

The Falcons take on Paradise at home this Wednesday at 7 P.M. for the first round of the NorCal Division III playoffs.