CB Lacrosse is hitting their stride as they prepare for another successful season. Christian Brothers is home to many sports teams filled with dedicated and enthusiastic players. However, the CB Lacrosse team is known to be particularly passionate about their beloved sport. Lacrosse itself originated as a Native American sport in which a rubber ball […]

CB Lacrosse is hitting their stride as they prepare for another successful season. 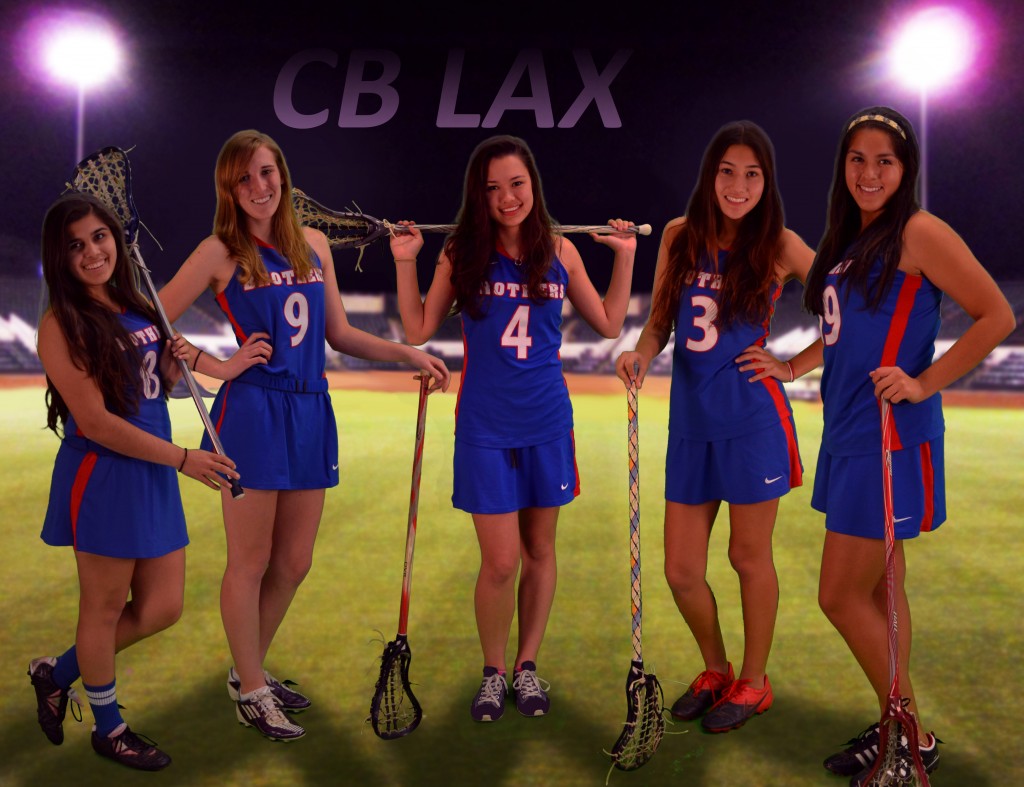 Christian Brothers is home to many sports teams filled with dedicated and enthusiastic players. However, the CB Lacrosse team is known to be particularly passionate about their beloved sport.

Lacrosse itself originated as a Native American sport in which a rubber ball and long handled stick were used. Games would last for two to three days of nonstop lacrosse action. The inherent uniqueness of the game has sparked the interest of many CB girls, such as junior Karen Fernandez (’14).

“I thought that lacrosse was a very interesting sport because it’s not so popular in the West Coast,” Karen says. “I wanted to start something new.”

CB’s lacrosse program encourages its players to set goals for themselves and to strive for excellence both on the field and in the classroom. Although the act of balancing academics and sports is never an easy one, lacrosse players work their absolute hardest to maintain their grades while also playing the sport they love.

“It gets hard because a lot of our games are in the Bay Area and most of the time we get home really late, like 9:00 or 10:00,” Karen remarks. “It’s just hard when you’re so tired and you’ve just got to try and do homework on the bus.”

“The girls are always super dedicated so they come out and we work with a strength and conditioning coach, and we condition for about 20 minutes a day, and they all come flocking,” states lacrosse coach Ms. Cheryl Flaherty.

Last Saturday, the team partook in a four game scrimmage tournament held in Davis and displayed exceptional skill. Score was not kept during the scrimmages, but it was a fun way for new lacrosse players to learn a lot more about the sport.

“It was just four scrimmages so it was more for fun and it was good for the new players to learn and see what the game is truly like,” Karen says.

“It was [a great scrimmage], we had all of the girls there and it was one of the first years we went with and all experienced team” Ms. Flaherty says, “They were super competitive and really into it, we didn’t keep score at the end of the games but they had a really good time”.

Even though CB’s lacrosse team performed extremely well at the Davis scrimmage, Ms. Flaherty feels that there is definitely room for improvement. She intends to improve the team through practices before their regular season schedules ramps up.

“We’re going to continue being competitive, fighting every minute of every game, and just being an overall committed team,” says Ms. Flaherty with an obvious touch of pride in her voice.

“I want to try to go to goal more and I want to be a lot more active on offense,” says a determined Karen.

Through lacrosse, many Christian Brothers students have been able to form strong friendships while participating in the sport they love. With such a close bond between players, the lacrosse team is determined to lead the Christian Brothers community to well-deserved victory.