CB’s softball and baseball teams await in hopeful anticipation on the eve of their respective seasons. Spring athletes can hardly contain their excitement for the season to begin so that they may once again enjoy the customs and nuances of their beloved sports. Whether it be chattering on the field or sharing sunflower seeds in […]

CB’s softball and baseball teams await in hopeful anticipation on the eve of their respective seasons. 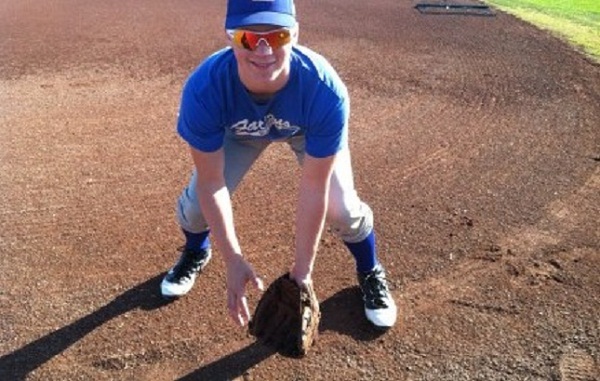 Spring athletes can hardly contain their excitement for the season to begin so that they may once again enjoy the customs and nuances of their beloved sports.

Whether it be chattering on the field or sharing sunflower seeds in the dugout, a unique culture surrounds the sports of baseball and softball and creates a love affair between the players and the game.

Athletes from both teams are ready to face the highs and lows of their seasons. Both the baseball and softball squads face a similar challenge that is apparent even during the current stage of tryouts: youth.

Both programs are dominated by junior and sophomore talents.

But youth and failure are not necessarily synonymous for the CB’s softball and baseball teams.

Ripe but talented players, including Haley Snyder (’14), Brandon Hunley (’14), and Kira McKechnie (’15), have plans to play their respective sports at the collegiate level, and bring an aspect of leadership to the baseball and softball teams.

CB softball veteran Lucia Lopez (’13) believes that the young players of the softball squad are coalescing nicely into a team and learning to communicate very well. These are traits Lopez deems necessary for the team to continue the success of last season.

“I am most excited to go back to the playoffs and build on our achievements from last year,” states the hopeful Lopez.

Entering the 2012 postseason as an underdog, CB trounced number one seed Del Oro. Accordingly, the expectations are high for the Falcon softball squad this season.

The Falcons’ Varsity Baseball team has not had much luck reaching the playoffs since Christian Brothers’ transition to the Capital Valley Conference. Each year presents a new challenge as the varsity squad faces off against five consistently talented league rivals.

However, the past struggles of the team do not hinder the remarkably optimistic spirit of junior baseball player Brendan Gormley (’14).

“Our league is not hard enough and we would like to play the best teams in the state,” proclaims a confident Gormley.

Lucas agrees with Gormley’s goals, and believes that the Falcon baseball players look forward to two big games in particular.

“We play a really big game at Raley Field and have a rivalry match-up against Jesuit which a lot of people come out to [watch].” the junior says.

With the common goals of pulling through in the big games and in postseason play, CB baseball players will go forward into the season under the leadership of many young, talented, and still developing players.

No matter the outcome of their respective seasons, CB’s softball and players will greatly enjoy their seasons and enhance their love for the game.