Meet the teacher who does so much more than just enlighten the youth of CB. You’ve probably seen her around campus, with her curly orange locks and her cornucopia of skirts — although Ms. Jennifer Makol is known for much more.  She teaches Accelerated Sophomore Literature, directs the Scholars Program, attends heaps of CB events, crusades against […]

Meet the teacher who does so much more than just enlighten the youth of CB. 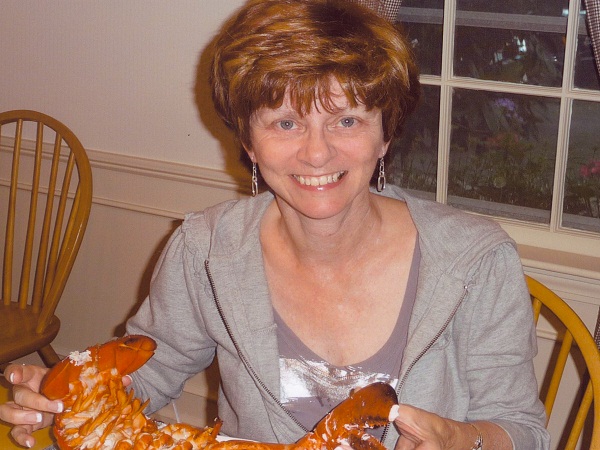 You’ve probably seen her around campus, with her curly orange locks and her cornucopia of skirts — although Ms. Jennifer Makol is known for much more.  She teaches Accelerated Sophomore Literature, directs the Scholars Program, attends heaps of CB events, crusades against gum-chewing on campus, travels the country and the world, and more.

After growing up in a small, working class neighborhood just across the river from Boston, Ms. Makol attended Boston University, where studied the science of learning, receiving a Bachelor of Science in Education.  After being certified in K-8 education, the young scholar taught for five years in nearby Quincy, Massachusetts.

“Because I am of an age when girls were encouraged to be nurses and teachers, we didn’t really envision much else,” Ms. Makol says. “Actually it turned out to be a good fit because I loved school and I loved kids. I had worked with Brownie troops, and was a camp counselor before.”

After teaching for five years, she married her husband and moved to California and to the McGeorge School of Law in Sacramento where she obtained a law degree and gained entrance to the California Bar.

While most people would have continued on to pursue a lucrative career as a lawyer, Ms. Makol felt drawn to teaching young people.

For two years she taught at St. Francis and in the spring of 1999 joined the Christian Brothers family.  For 15 years, this sage faculty member has been touching the hearts and minds of fledgling Falcons.

One of the many ways she reaches her students it through the use of music in class.  Through singing and dancing her way through lecture, she entertains and educates her sophomores.

“Yes, I have always been one for song and dance,” she says.

“As a kid I took five years of ballet lessons, and loved singing,  in eighth grade I was president of the Glee club, and in high school every year we had a talent show.  I was always in a group of girls that did a song and dance number, and we were always a big hit.”

Not only is she a skilled performer, this multi-talented teacher also directs the Scholars program which she calls “a nice co-curricular activity.”

For both her Scholars and students in general, Ms. Makol says she looks forward to CB’s upcoming switch to iPads. This longtime teacher sees the benefits in keeping up to date with technology and is excited for the change.

“It’s like a new language that is coming into existence,” she says. “If people can’t speak a language, they are left out, they can’t communicate or participate in the exchange of ideas and information.”

While keeping current may pose a challenge to some veteran teachers, she acknowledges that education in this day and age requires great flexibility.  Like any great educator, she is adapting to the times.

“I think it’s important that we teachers are on board because the kids are already there.  I see huge potential to spread knowledge among the students.”