CB celebrates the achievements and contributions made by African-Americans. As a school with an incredibly diverse student body, Black History Month holds special significance for the Christian Brothers community. Christian Brothers’ own Black Student Union is especially excited to spread awareness about African-American culture and the rich history it includes. Ms. Maureen Wanket, the moderator […]

CB celebrates the achievements and contributions made by African-Americans. 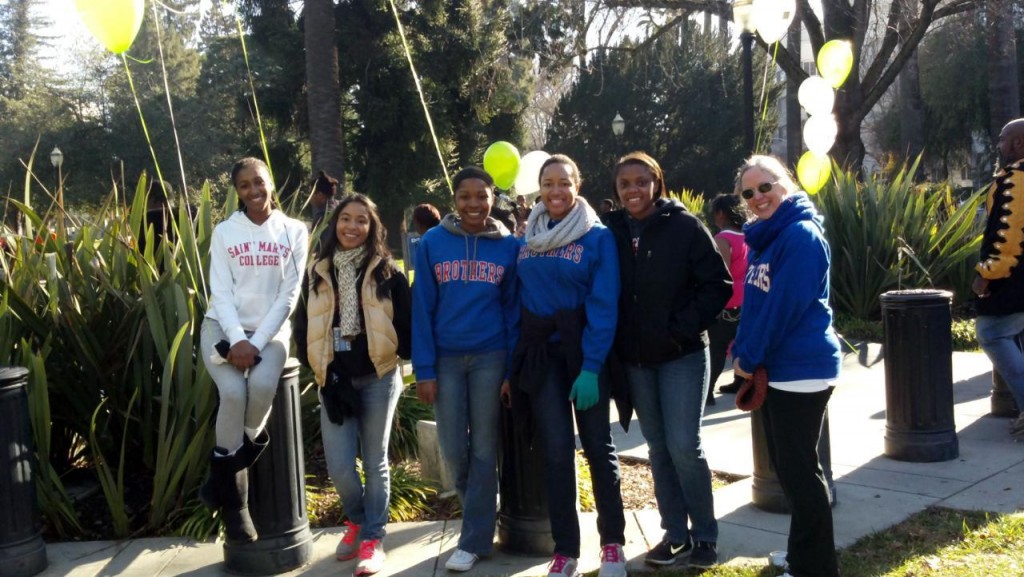 As a school with an incredibly diverse student body, Black History Month holds special significance for the Christian Brothers community. Christian Brothers’ own Black Student Union is especially excited to spread awareness about African-American culture and the rich history it includes.

Ms. Maureen Wanket, the moderator of the BSU, is working hard toward eradicating some of the ignorance and misinformation that so often surrounds Black History Month.

Many American still have false ideas about popular African-American symbols.

“A lot of people think that the closed fist is violent,” Ms. Wanket says. “It’s an ancient sign of anti-violence, from long before the Civil Rights Movement.”

In honor of Black History Month the BSU plans on having a discussion series every Thursday in room 207 where they will be discussing the “Black Experience” and exploring media on the topic. Members of the Black Student Union also plan on having an African dance group come and do a presentation next month.

The group is also putting out facts on Twitter and posting informational posters regarding African-American culture in general.

Although there is hard work ahead of them, members of the BSU are excited about the upcoming events that they are planning, especially BSU co-presidents Camille Hill (’14) and Nia Jones (’14).

Camille loves the sense of community that the BSU offers and has not been disappointed by the experience so far.

“I first got involved with BSU my freshman year because my brother introduced me to the club and thought it would be a great experience and a cool way to hang out with the other black kids on campus,” the junior says.

Nia was drawn to the BSU for reasons very similar to Camille, and cherishes the sense of community the club has to offer.

“I got involved with BSU freshman year to get to know the other African-American students in a school that I didn’t really know and make new friends,” she added.

BSU also tries to familiarize Christian Brothers with some of the lesser known African-American historical figures that are all too often overshadowed by Martin Luther King. When asked about who her favorite black historical figure was, Nia responded with “Betty Shabazz, Malcolm X’s wife, just because in the Muslim faith you couldn’t really do much as a woman, but after [Malcolm] died she really carried on his legacy”.

For Ms. Wanket, her heroes are those who are also not widely known.

“My heroes are my students, students of mine who still in our society face a lot of ignorance and prejudice and greet each day with courage,” she proudly states.

Although many see black History Month as an excellent way to focus in on African-American accomplishments, there are also outspoken critics of the observance of such a month. Actor Morgan Freeman once stated that he doesn’t want a Black History Month because “Black History is American History”.

“I think [Morgan Freeman] is right, I don’t argue that,” Ms. Wanket says. “I feel the responsibility is on educators to educate their communities all year long.”

The Christian Brothers community should use this month as a time of reflection on the hardships of the African-American struggle that still continues to this day. As a Christian community, we must work to fight the hateful prejudice that can still be found in our society today.