Find out about the local Mexican restaurant that is making a drastic change. Yellow paper wrapping. Ask any Christian Brothers student about yellow paper wrapping, and they will most likely respond, “ That’s Oscar’s!” For years, Thursday mornings at CB have been filled with smiling students holding burritos wrapped in yellow paper. The breakfast burritos […]

Find out about the local Mexican restaurant that is making a drastic change. 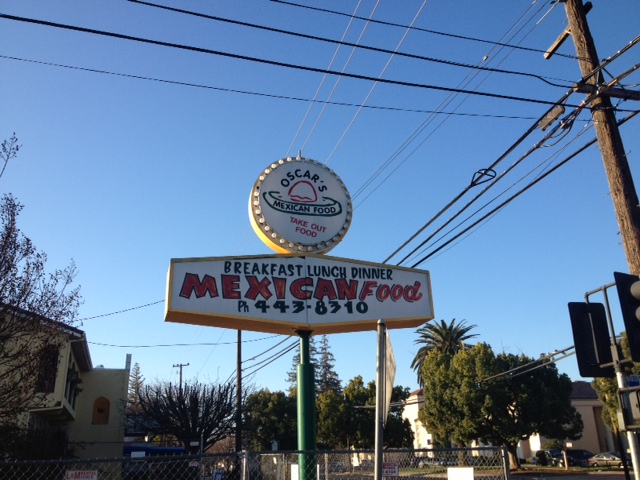 Ask any Christian Brothers student about yellow paper wrapping, and they will most likely respond, “ That’s Oscar’s!”

For years, Thursday mornings at CB have been filled with smiling students holding burritos wrapped in yellow paper. The breakfast burritos — which usually contain some combination of eggs, potatoes, cheese, bacon or ham– are more than just a hearty meal to the students. They are a continuation of a long standing CB Tradition.
However, due to recent construction on the the original Oscar’s location, the tradition has begun to dwindle.

When Noradino Salas, the owner of Oscar’s Very Mexican Food, decided to remodel the Freeport Boulevard location, he took into account his employees and customers. Construction in Land Park would mean over a dozen employees out of work, not to mention many unhappy customers. Being the thoughtful man that he is, Noradino opened another Oscar’s in West Sacramento.

As the Land Park location is currently under construction, it is rare to see more than a few Oscar’s breakfast burritos being carried around by CB students on Thursday mornings.
Senior Robert Rubio (‘13) is one of the few exceptions. A resident of West Sacramento, the outgoing student is delighted to have an Oscar’s close to his home.
“I never had Oscar’s when it was in Land Park,” he told the Talon. “When they opened one in West Sac, I tried it. I loved it.”

Now, Robert brings a No. 23 Oscar’s burrito — a breakfast burrito with bacon — to school every Thursday. He even offers to bring burritos to his friends in hopes of carrying on the CB tradition — granted they pay him back.

Other students do not carry the same excitement as Robert. Brielle Cruz-Vega (‘13), who lives in Land Park, is truly disappointed that her favorite burrito shack is currently under construction. 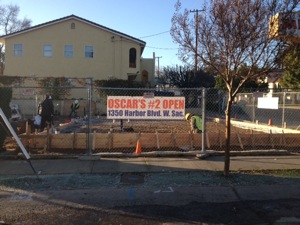 “I used to go to Oscar’s every late start day,” she said. “ Now I have to drive to West Sac. I haven’t had an Oscar’s burrito in over a month.”

Brielle’s frustration is also shared by students who live outside the city limits. Matt Oki (‘13) drives 45 minutes every day to get to CB. He is another student who regularly brought Oscar’s to school before the construction.

“I live so far away, and it’s just not worth it for me to go there anymore,” the senior explained. “I miss the old Oscar’s.”
Students like Robert, Brielle, and Matt may all have loyalties to their specific Oscar’s location, but there is something to which they can all agree.

“Late start Oscar’s is a great CB tradition,” says Michael Rose (‘13). “No matter where it is, it a great restaurant.”