CB’s battle with Kennedy for Monday night’s Foundation Game was one for the ages. Monday night marked an important night in the Christian Brother’s Lady Falcon’s Varsity basketball season.  It was their annual foundation game, with this year’s contest coming against John F. Kennedy Cougars.  The Falcons hoped to build on last year’s success — […]

CB’s battle with Kennedy for Monday night’s Foundation Game was one for the ages. 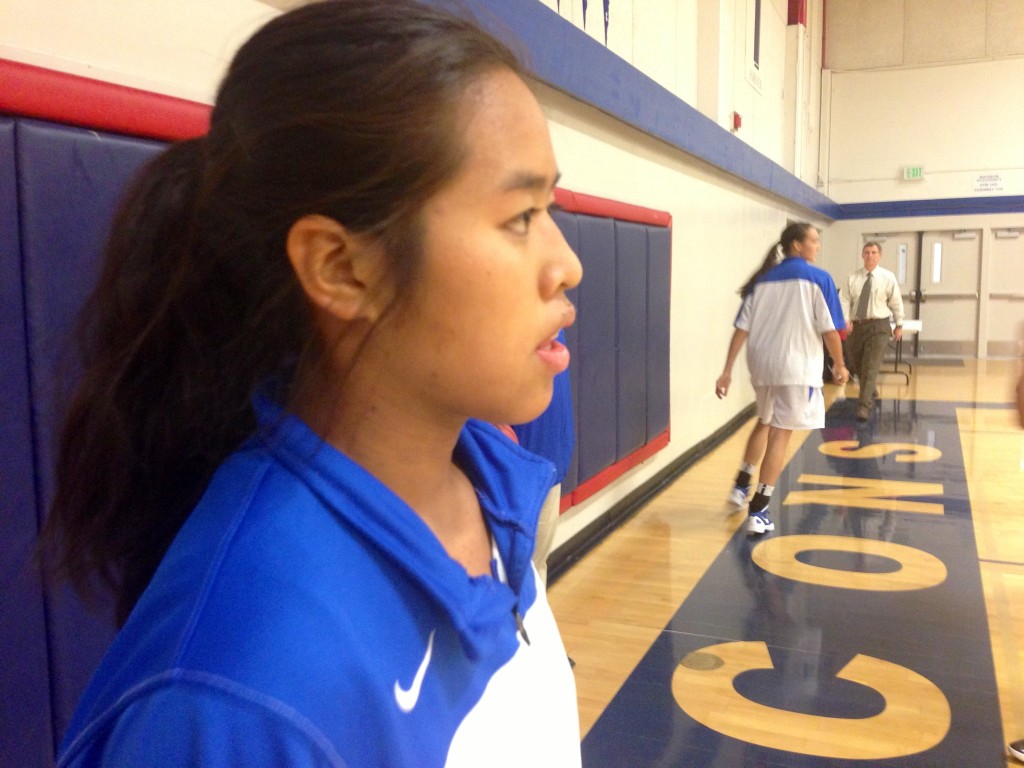 Monday night marked an important night in the Christian Brother’s Lady Falcon’s Varsity basketball season.  It was their annual foundation game, with this year’s contest coming against John F. Kennedy Cougars.  The Falcons hoped to build on last year’s success — going undefeated in league and making it to playoffs — as they were tasked with facing one the city’s historically elite teams in their season opener.

The ladies went into the game pumped and energized, ready to win the first game of the season.  But the Cougars played the role of the spoiler, defeating the Falcons 87-83 in overtime.

The first quarter started off slow, both teams trying to find a rhythm with their shots.  Finally, senior c0-captain Sarina Munoz (’13) started to find her groove as she started to easily got to the rack with her jab steps that led to floaters deep in the paint.

When Kennedy’s defense began to adjust, she pulled another weapon out of her arsenal — her long ball.  She went 4-4 in the first half from beyond the arc and the Cougars had no answer for her.

“If I think about things, I know I’ll miss,” the Sarina explains. “I just don’t think about [shooting the ball]. I just pull the shot.”

The Falcons tried to build on their lead, but every time they started to pull away Kennedy stormed back.  Led by senior Lynette Johnson, the Cougars came back from a nine point deficit to take the lead midway through the second until the Falcons took it right back.

After a midrange jumper from Johnson, Niel Valmores (’13) returned the favor with an easy three which led to a mini run by the Falcons.  Valmores capped off the second quarter just as she had started it — on a last second, fade away shot that rattled in as the buzzer rang, giving the Falcons a 38-33 halftime advantage.

The two teams continued to battle it out in the third quarter, going back and forth and scoring on practically every play.  No team seemed to have the upper hand. The Falcons picked up solid contributions on offense from underclassmen Kira McKechnie (’15) and Sam Earley (’16), as CB went back on top by three after the third quarter.

The game remained tight throughout the fourth quarter, and with the Cougars trailing 75-72 with five seconds to go, Johnson  rattled in a monster three-pointer to tie the game and send it into overtime.

Kennedy took over in the extra sesssion, taking over the paint and scoring on practically every play.  They took control early, and never relinquished the lead, sending the Falcons to their first loss.

“For our first game, it was a good step in the right direction,” Valmores said.  “We definitely should have won that game and not have gone into overtime.”

As the Falcons enter their tournament this weekend, they have high hopes in coming out as the number one team.  Head coach Ron Gully just expects “that we get better one game at a time.”

Be sure to come out and support the Lady Falcons tonight and tomorrow as they battle to get into the championship round.