Power Of The Props

The Talon highlights the propositions that matter most to students and the effects they will have on California. On the morning of Election Day, most students are only interested in knowing who will be the commander-in-chief for the next four years. In the shadow of such a close presidential race, it is easy to forget […]

The Talon highlights the propositions that matter most to students and the effects they will have on California. 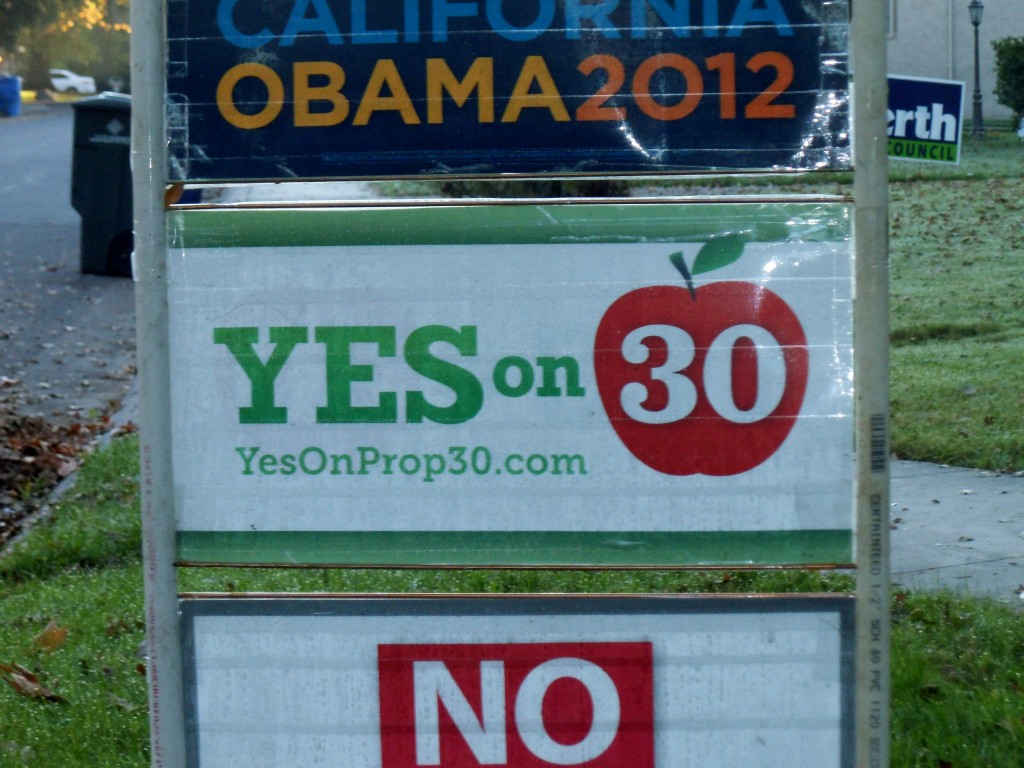 On the morning of Election Day, most students are only interested in knowing who will be the commander-in-chief for the next four years. In the shadow of such a close presidential race, it is easy to forget the seemingly “petty” propositions that state residents vote on every two years.

But the propositions advertised on the artistic lawn signs around California neighborhoods are more than just random numbers. The proposals are an opportunity for citizens to vote on extremely weighted and controversial issues that will probably have a more direct impact than the President’s foreign policy in the Middle East.

While many of the propositions regarding taxes and big businesses are anything but exciting, there are a few controversial proposals on the November ballot that may be of interest to high school students.

The first proposition, Prop 30, affects education in California. Written inside of a big, red apple on lawn signs across the state, Prop 30 is Governor Jerry Brown’s proposal to increase sales taxes for four years and raise taxes on higher tax brackets in order to increase the state’s income. Although many Americans would shy away from the idea of paying more taxes, the proposition states that the money will go to help schools and safety programs for Californians. Knowing that educating our youth is the key to a bright future, teachers urge residents to vote yes on Prop 30.

One of the most controversial issues in the 2012 election is the death penalty. Proposition 34 aims to illegalize capital punishment.

Due to numerous cases and appeals that take place before someone on death row is actually killed, the death penalty has become a hefty expense in California. Senior Cydney Chilimidos (’13) will not be able to vote this year, but says that she is “for the death penalty, but not in California because it costs too much” so she would “vote to get rid of it.”

Others look not so much at the cost associated with death penalty, but at the morality of the punishment. A “yes” vote on Proposition 34 will ban capital punishment in the Golden State, while a “no” outcome will leave the system the way it is. 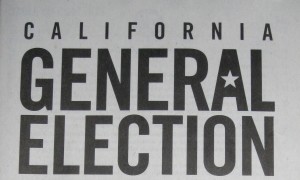 An additional proposition of interest is Proposition 36, which aims to revise the “Three Strikes” law in California. The law was passed during a time of increased crime in an effort to suppress outlaws. Under the law, if a person commits a third offense, even if all of the offenses were non-violent, he or she can go to jail for 25 years to life in prison. There have been many cases of people going to jail for life after stealing food or other small items from stores or for possessing minor amounts of drugs.

“[Criminals] should be punished, but life in prison is too extreme for some cases,” states Susan Sutton (’13), a senior at Christian Brothers High School.

A “yes” vote on Prop 36 does not mean that third offenders will be let off the hook. Criminals will still receive a double sentence for their third crime, but the punishment will be more proportionate to their crime. Inmates who are serving long sentences for non-violent crimes will be given hearings to shorten their sentences. Violent crimes will still be strictly punished.

With the outcome of the election just a few hours away, American citizens anxiously anticipate the outcome of the polls. While most students cannot vote, it is still important to be an informed member of the democracy and  remember that the voice of the people really is in the props.