Falcon Of The Week: Jenner Chapman

Meet the CB junior who uses Twitter to reach out to the student body. The 21st century world is surrounded by a constant flow of technology. A recent study conducted by Pew Research Center’s Internet & American Life Project showed that the average American teenager sends 60 text messages per day. CB student Jenner Chapman […]

Meet the CB junior who uses Twitter to reach out to the student body. 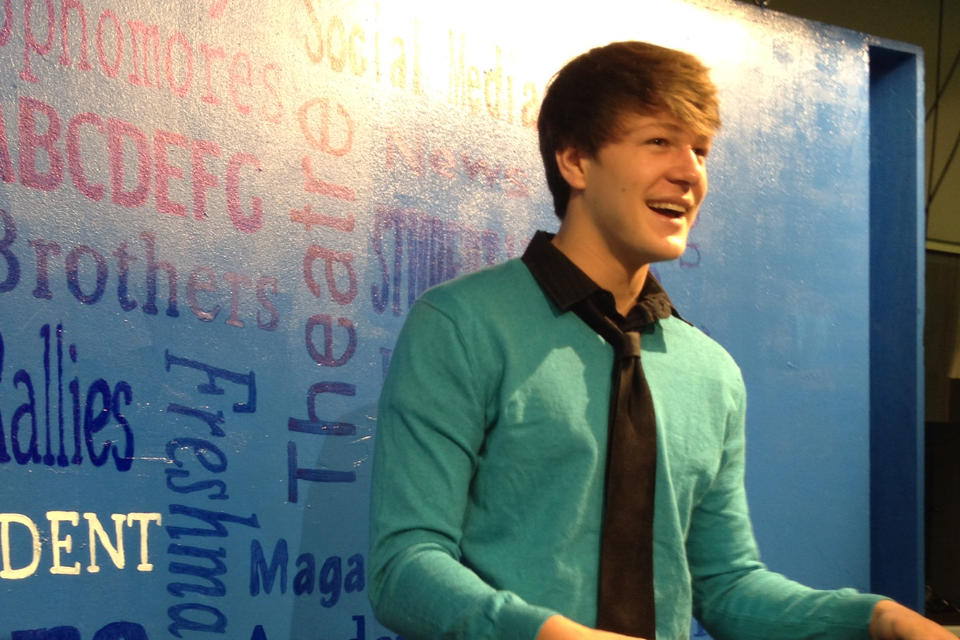 CB student Jenner Chapman (’14) is a definite outlier to these statistics.

Being that he is the face of the KBFT Twitter segment, it seemed fitting to interview Jenner through text.

As teenagers in this modern society, we are often criticized by the older generations who believe it is impossible to display emotion through text. However, Jenner has a response to these individuals.

“I would say the difference between a text conversation and a live conversation is that in text, you are able to portray exactly what you want — we even have emojis now to display feelings, ” he stated, referring to the popular emoticon plug-in.

“[Texting] takes away the intimacy. Although, I find texting to be an easy, fun way to communicate when meeting up in person is just not available.”

In addition to his fascination with texting, Jenner has a shared interest with many other teenagers — Twitter.

During a segment of the KBFT morning broadcast, the technology enthusiast features a few of the posts tweeted to @kbftstudent — the station’s twitter account. It is Jenner’s hope that this segment has connected the students in a positive way.

“I think CB [students] should all be united as one, ” he asserted.

In order to connect the CB community through social media, Jenner tweets from the KBFT account in a relaxed nature. This technique has had an extremely positive response — it is estimated that 1/4 of the entire student body follows the twitter account. 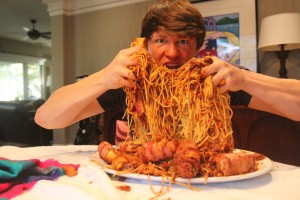 The creative junior has come up with a hilarious way to approach the CB schedule. He asks the @kbftstudent followers to tweet him acronyms for the set rotation. Although Jenner’s favorite tweets are about Falcon spirit, some students choose out of the ordinary phrases.

“ Wanket says: If you wouldn’t say it in front of your grandmother, don’t say it online. #theinternetispublic #listentowankey, ” she tweeted.

Jenner’s goal is to have @kbftstudent become one of the main sources for CB information. He often asks questions to spark interest in the student body.

The Twitter activist has recently been asking for CB Homecoming pictures, as he wishes to create a slideshow for the morning news. These recent tweets have proved that Jenner can display feelings through the use of text.

“Tweet me pictures of you at the game! And for realz though, TWEET ME YOUR HOMECOMING PICTURE,” he posted Friday evening.

Indeed, the use of capitalization, exclamation points, and trendy language provide a sense of excitement.

Emotions, however, often get the better of Jenner outside of the world of texting and tweeting.. The security of being behind a computer or phone screen is no longer present during the live broadcast of KBFT.

Nevertheless, some might say that Jenner’s constant movement keeps the segment compelling. His work is comparable to that of Daniel Tosh of Tosh.0, a popular TV show amongst teenagers.

In response to the success of KBFT Twitter, many CB clubs and organizations — such as Falcon Force and the GQ club — have accounts to keep the student body updated. Sophomore literature teacher, Mr. Dave Anderson ’07 even has a Twitter account — @sophomorelit — to keep his students informed about homework and what is needed in class the next day.

Jenner has truly left his mark on Christian Brothers High School. His passion for technology has led to a greater understanding on how to connect with 21st century students.