CB students are pumped up for another season of Sacramento Kings basketball. For the past couple weeks, Kings fans have been brewing with excitement waiting for the regular season to begin.  Opening day, October 31, could not have come faster The Sacramento Kings played the day after Halloween in the city of Chicago, but unfortunately, […]

CB students are pumped up for another season of Sacramento Kings basketball. 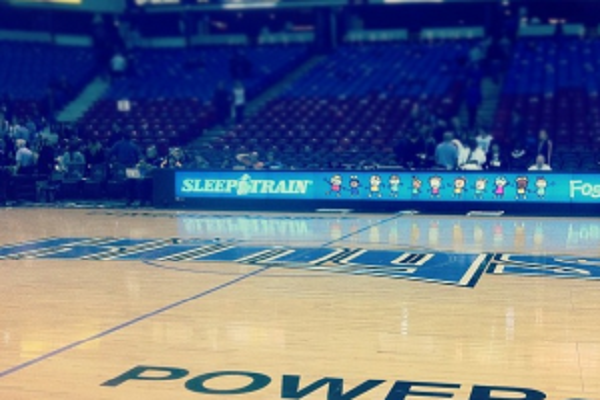 For the past couple weeks, Kings fans have been brewing with excitement waiting for the regular season to begin.  Opening day, October 31, could not have come faster

The Sacramento Kings played the day after Halloween in the city of Chicago, but unfortunately, they could not come out with a win, as the fell to the Bulls, 93-87.

Lifelong Kings fans such as Hunter Rappleye (’13) and Chris Watkins (’13) have supported the team through good times and bad.  Their faith in the team has never faltered even when things looked bleak.

“They’re the local team,” Hunter says  “In my opinion, sometimes their wins and losses are life and death.”

The senior boasts that he never misses a Kings’ game.

“Whenever, I know I’m going to miss a game, I record it so I can watch it back later,” he says.

For Chris, his love for the Kings goes back to when he was growing up.  He remembers watching Chris Webber, Doug Christie and Mike Bibby.

“I remember as a kid being able to recite their entire lineup,” Chris explains. “From first man to 12th man by their name, number and height straight off the dome.”

Chris still remembers the days when “we used to battle with the Lakers,” and still claims that “we got cheated in game six that one year in the playoffs.”

The senior also believes that the Kings have such loyal fans because the team brings in players that the fans tend to gravitate towards. 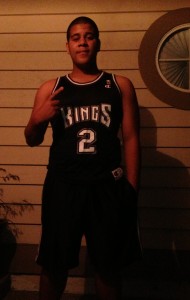 According to Chris, he claims that the Kings community service projects, the meet and greets and the videos on the Kings’ YouTube Channel, Kingsflix, is the reason why people are able to connect with the players.

“They will have a lot of videos of post-game interviews,” he says. “They talk about their services and how the game went.  [The channel is] a really good way to meet the players and get to know them better.”

As the new season begins, both Hunter and Chris see the playoffs in the near future.

“I see them possibly getting into the playoffs as an eight seed because with all our young players you never note if they will all peak this year,” Chris says.

Chris hopes to see them with 42 wins this season since that is “pretty much how many wins you have to get in the Western Conference to make the playoffs.”  He knows the Kings are capable of getting back to this point with all of their young talent.

With the arrival of Thomas Robinson, the fifth overall pick in this year’s draft, these two boys have high expectations of what he will do for the team this season.

“Thomas Robinson gives us another big body to band down low for boards and put backs,” Hunter says.

Chris sees the potential in Robinson and can see him doing great things this season.

The Kings are on the road for their next two games, but return home on November 5th to face the Golden State Warriors for their home opener.