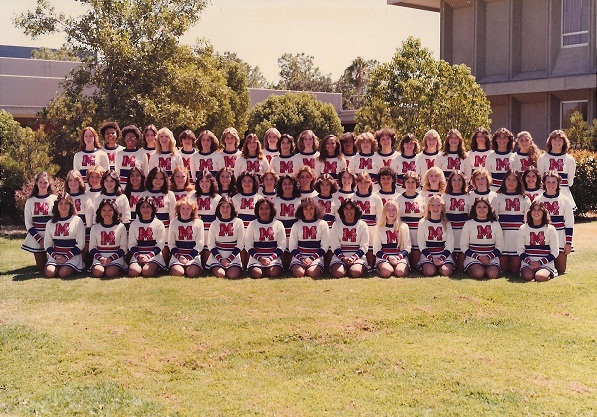 Besides our faith and pride, we’ve got the angels on our side!

We’ve got charm, personality, spirit by the pound.

Cheeriness and friendship…. enough to spread around!

BISHOP MANOGUE FOR YOU AND ME!!!”

The Bishop Manogue graduates from the class of 1983 still remember each and every word of the chant that represented their all-girls Catholic high school. Thirty years later, the life-long friends work together in Christian Brothers High School’s admissions office.

“We were close,” says Ms. McMullen of Ms. Harrington and her other high school friends. “[After high school] when we all moved out of town to do our own thing, we always made sure to see each other during the holidays.”

Out of the four Catholic all-girls schools in Sacramento, Bishop Manogue and Saint Francis high school were considered “sister schools” for the then-all-boys CB, while Loretto and Mercy High Schools typically partnered with Jesuit.

“There was a little competition for the attention of guys,” admits Ms. Harington. “We went to [CB’s] dances and football games,” she says, adding that CB “had homecoming princesses from each of the four girls schools.”

After starting her current position at CB, Ms. Harrington became more aware of the differences between all-girls and co-ed schools. However random, she was struck by CB’s timeliness at liturgies, recalling that at Bishop Manogue “[the] sign of peace would take an hour because [everyone] all had to hug each other.” It was a “hug fest.” 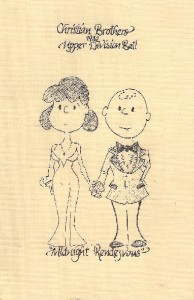 Unfortunately, seven years after the ladies graduated, Bishop Manogue announced that it would be closing its doors. In the fall of 1990, Christian Brothers opened its doors to the Manogue girls and became a co-ed school.

But the legacy of Bishop Manogue was not forgotten.

“CB did a good job of welcoming alumni from Bishop Manogue,” acknowledges Ms. Harrington. The Manogue graduates prior to its closing are considered Christian Brothers alumni; they are welcomed to all alumni gatherings, and even join the CB boys at their class reunions.

Along with Ms. Karen Achondo, who works in the advancement office, and Ms. Diane Heine, who is a popular face in Brother Edward Hall and Ron Limeberger Gymnaisum, Bishop Manogue is well represented at Christian Brothers to this day.

In combining with CB, the girls of Bishop Manogue definitely brought the “charm, personality, and spirit” of females that has filled the halls of CB for over 22 years.