We Talkin’ About Playoffs?

With the fall sports season coming to a close, playoffs loom large for CB varsity teams. In recent years, Christian Brothers’ varsity volleyball has been a Sacramento area power. Here are just a few of their accomplishments in ONLY the past 7 years: Five consecutive division 4 section championships from 2005-2009 A school record 41 […]

With the fall sports season coming to a close, playoffs loom large for CB varsity teams. 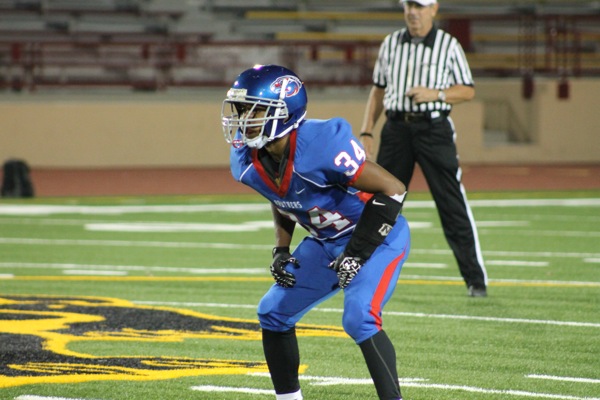 In recent years, Christian Brothers’ varsity volleyball has been a Sacramento area power. Here are just a few of their accomplishments in ONLY the past 7 years:

And if you ask senior captain Bernie Swain (‘13), this year’s team will be just as accomplished.

“I expect us to go pretty far in playoffs, sections [at UC Davis] is definitely a possibility,” Bernie says. “Last year we went to the first round of the [NorCal playoffs], hopefully we’ll make it farther and win state.”

This year’s team is 21-12 overall, with a 7-2 record in league so far. While those don’t seem like gaudy numbers, the girls have played against the top competition in all of California. This explains why they have the toughest strength of schedule and hold the 3rd spot in the San-Joaquin section division 3 playoff projections according to Maxpreps.com.

Along with playoff hopes on the line, four seniors might play their last game at Ron Limeberger Gymnasium Tuesday night for senior night. Go support Bernie, Colleen Donovan (‘13), Meggie Larson (‘13), and Tatijana Bowman (’13) as they will be honored tonight at 6:00. They team takes on a very good division 1 Bella Vista team.

Volleyball girls aren’t the only ones ballin’ on the court. Christian Brothers’ Women’s Tennis team is playing Tuesday in their league playoff tournament.

Sophia has played doubles with sophomore Isabella Granucci (’15) all season and they have built good team chemistry.

“[Isabella] and I work well together, so I think [the outcome] will turn out well.”

The girls hope to play as well in their playoff tournament as they did in league while finishing in second place. Davis explains how the season went.

“[The season] went really well, it was difficult because we lost a lot of our players who were seniors,” says Davis. “But we have a new coach and she worked us really hard, so we won most of our games.”

Hopefully the girls can pull out some tough wins as they face the best of the Capital Valley Conference.

As for the varsity football team, standout wide receiver Jalen Walker (’13) said it best, “[We need] to beat Bella Vista [this Friday] because that’s our ticket to go to the playoffs.”

Starting cornerback Ahkello Witherspoon (’13), who has made big plays all season for the defense, told the Talon his thoughts on how the team will play.

“I think the game [against] Bella Vista, we’re all going to be hyped knowing that it’s win or lose to get to the playoffs,” he said. “We have been preaching all year ‘play hard, play physical’ and that’s what we are going to do.”

It should also be noted that team got back one of their best players in running back Avante Yarber (’13). Avante played in his first game all season last week against Casa Roble after being injured at summer football camp. This came after he only played in one game last season due to a preseason injury.

Yarber gained 115 yards on eight carries and a touchdown in his much anticipated return.

Avante hopes to continue his special season and propel the boys into the playoffs. Come support the football team on Friday night against Bella Vista and take part in the first ever CBHS “Black Out Game” as part of Homecoming Week.