Not Your Average “Gated Community”

Meet the CB senior who isn’t so “stuck in Folsom Prison” Folsom Prison, made famous by country western singer Johnny Cash’s “Folsom Prison Blues”, holds over 2,900 inmates — roughly 117% of its capacity. Ask CB student Dominic Tullo (’13) to describe Folsom Prison and he will respond with a simple answer. “Home” However, Dominic […] 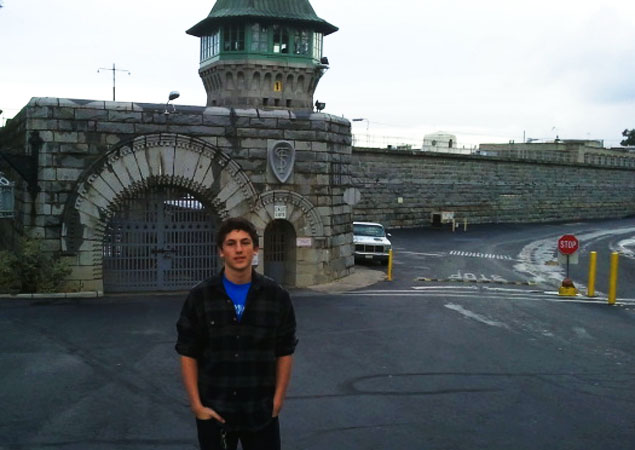 Ask CB student Dominic Tullo (’13) to describe Folsom Prison and he will respond with a simple answer.

However, Dominic is not a criminal.

His stepfather is a Lieutenant at Folsom Prison and therefore they live in the residential area of the grounds. Accompanied by stepbrother Nate Kauffman (’13), the 17-year old is quite comfortable with his situation.

“It’s actually one of the safest places you can live in” he remarks.

Unlike other gated communities, the prison has actual guards. They keep watch 24 hours a day, making sure nobody unwanted is let in or out the grouds.

“The guards check my trunk sometimes when I’m leaving just to make sure nobody is in there,” Dominic said nonchalantly.

Indeed the prison keeps unwanted visitors out, but what about the inmates inside the prison?

“Sometimes I can hear them playing basketball and yelling,” Dominic explained.

But the senior used to see the prisoners on a regular basis.

“The inmates used to mow our lawn” he revealed.

Unfortunately — or fortunately as some might say — due to budget cuts, the lawn mowing service was discontinued. Now Dominic mows the lawn.

This is about the most interaction he ever had with the inmates, but his stepfather has had a closer shave with the prisoner population.

To most, living on prison grounds seems like an awful frightening experience. However, this has not phased the fearless senior.

“There was a pretty big riot the other year,” he told the Talon. “I heard about a lot of stabbings.”

Dominic was not directly affected by the riot, but his stepfather was. As a lieutenant, one of the duties is to file reports on the prisoners that are misbehaving.

Understandingly, the CB student does not wish for people to look upon him differently because of the place he lives. Many people spend their whole lives trying to find a sense of normalcy in their homes. Although in a seemingly unorthodox way, Dominic has accomplished this task that is longed for by many others.