My Lunch With Byron

Byron Chen is more than your average tutor. I am a busy person. During the school week, my life revolves around going to class and going to water polo. Only in some cases am I able to find time for other activities. Usually, this just means watching Netflix. On Tuesday October 2nd, however, I received […]

Byron Chen is more than your average tutor. 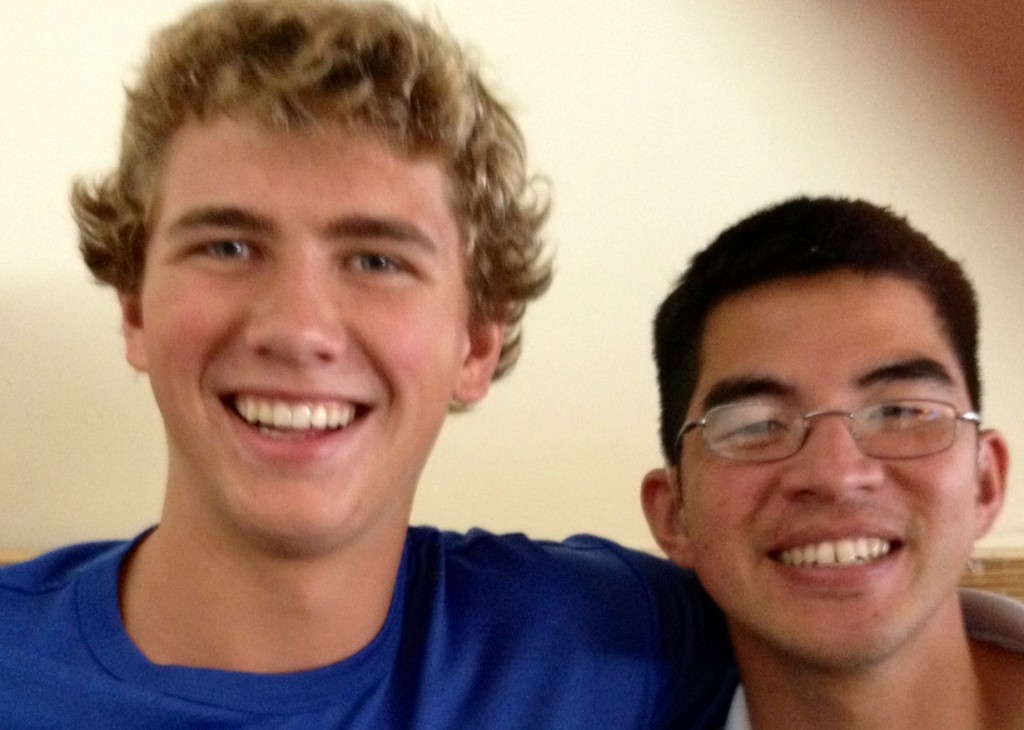 I am a busy person. During the school week, my life revolves around going to class and going to water polo. Only in some cases am I able to find time for other activities.

On Tuesday October 2nd, however, I received a text from my favorite teacher and tutor Byron Chen ’97.

“We keeping up with the last year of our tradition??” the message read.

I was delighted to read the text. You see, my relationship with Byron goes back to 7th grade at Holy Spirit Parish School, where he was my math teacher.

Although he called me Dalton instead of Drew on the first day of class, Byron and I formed a strong connection over that 7th grade year. He was always pushing me to be a better student and I attribute many of my successes to him.

Towards the end of my 7th grade career, Byron, my favorite teacher, told me that he wasn’t coming back to teach at Holy Spirit the next year because he had been offered a job at St. Francis High School.

I was devastated. I started struggling in math the next year and my grade fell significantly.

But Byron came to my rescue.

Every week he would tutor me. He gave me a new book, and weekly homework to go along with it. Although I was not happy with it at the time, I soon found out that it was for the best.

While others test grades in math seemed to fall, mine rose.  We started to joke around with each other and often times, we would stay talking after study time.

By freshman year, Byron was no longer tutoring me on a regular basis. He called me up the week before testing day — which of course my freshman self had no idea was happening — and asked if I wanted to go to lunch afterwards. A new ritual began.

Since then, we have added  Alex Brocchini ’13, a fellow student of Mr. Chen, to our traditional lunch.

We sat down at lunch this past Wednesday and Byron did his usual questioning of which teachers we had and who was our favorite. This time, however, we jumped back at him, asking what was new with him.

“It was a quiet year — I only took four airplane trips ” he responded. “ I went to Croatia, Taiwan, Belize and Quebec.”

I snickered at the thought of this being a “quiet year”.

My world traveling friend and teacher is quite well known throughout the Sacramento area.

“On a normal week I have 28 tutor sessions, but sometimes it gets up to 33” he said.

33 isn’t just an amount of sessions Byron has had, but also his ACT score. This February, the tutor plans to retake the ACT in hopes of better understanding the test so he will be able to teach a more efficient ACT course.

“My greatest fear is that I will get a lower score than I did the first time I took it” he told me. “I didn’t really try that time though.”

Towards the end of our lunch, I noticed how important Byron has been in my life. He taught me, tutored me, gave me my first graphing calculator, and guided me through the right paths in high school.

Matt Koewler, a senior at Jesuit High School summed up my views on Byron in a simple sentence the night before.

As our lunch ended, we walked out of the restaurant, said our goodbyes like we always had. Only this time, Byron walked with me to my car. We both knew that we were ending another chapter of our relationship. Byron was quick to make sure the next chapter would begin.