A personal view of the last career home game for a CB water polo superstar  It’s the one game that everyone fantasizes about. What their night will be like when they reach the final year of high school. It feels so far away during your freshman year, but by the team you’re a senior you […] 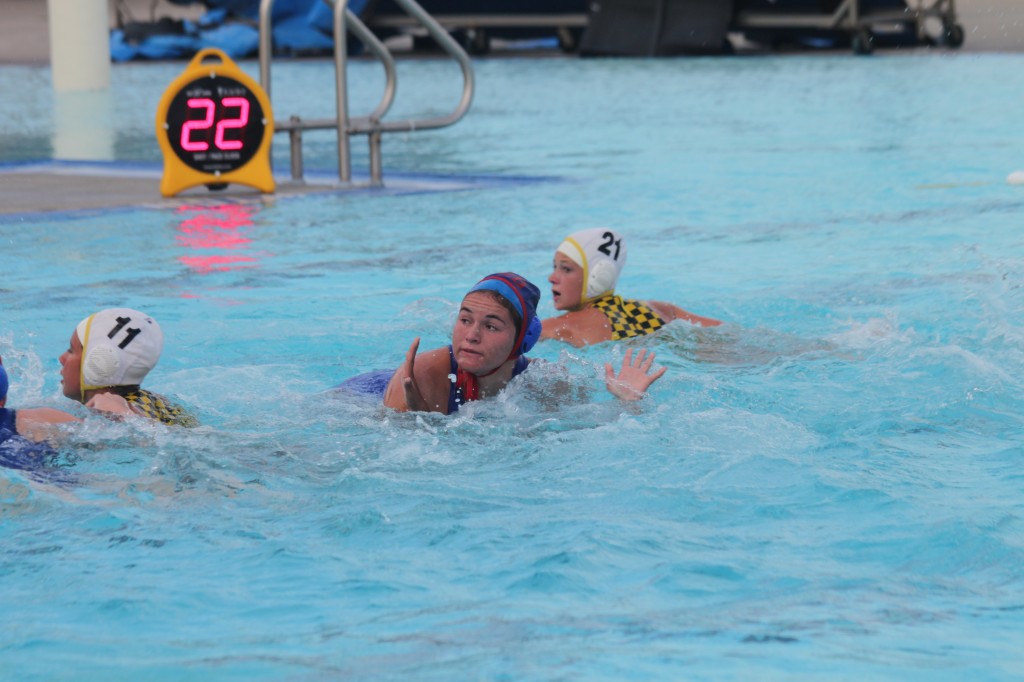 It’s the one game that everyone fantasizes about.

What their night will be like when they reach the final year of high school.

It feels so far away during your freshman year, but by the team you’re a senior you feel like just yesterday you were just a freshman.

For three years now, I have been the only girl in my class to play on the Women’s Varsity Water Polo Team.  At times, I felt so lonely because I had no one to share my victories with in my own class.  But there were times when everything clicked and all my worries washed away.

Last Thursday night was my Senior Night and it was one of the best nights of my entire water polo career.

Honestly, I cannot put into words how amazing it felt to be in that pool with everyone watching.  The feeling cannot be described — but one thing I can say is that the love and support I felt from the stands was tangible.

The game was definitely a roller coaster.  We led the majority of the time, but the Rio Linda Knights hung in there until the very end.  They nipped at our heels, constantly pulling within two or three.

One of their seniors, who was also their leading scorer, gave us a run for our money.  She was their key player and kept them in striking distance the entire time.

My super competitive side came out full force that night.  Rio Linda was not going to beat us —  that much was clear.  It wasn’t even a remote possibility that we would lose.

We came out ready to play and more importantly ready to win.

We knew what was riding on this game.

We knew how important it was.

The adrenaline coursed through my veins as I swam back and forth in that pool.  It was as if nothing bothered me.  Fatigue was never an issue — the only thing that plagued me was my cap coming off repeatedly.  But when assistant coach Rick Osen asked if I needed a substitute, I adamantly refused.

Nothing would stop me from playing.

Everyone contributed.  From our freshman to our juniors, it was an all-around team effort.  This was one of those nights where everything clicked.  We were one — a solidified team.  There was no class distinction and we played as if we had been playing together for years.

[pullquote] When Coach asked if I needed a substitute, I adamantly refused.[/pullquote]

It is hard to imagine not playing another game at the Sam Pannell Community Center. I’ve been playing here for four years.  Thursday night reminded me that I will never play another game there.

It’s a tad bit bittersweet because Sam Pannell has become a safe haven for me.  I have even grown close with the lifeguards.  I know I’ll never be able to play there again, but it feels good to end my career there with a win.  What more could I ask for?

Winning wasn’t the best part of the night though.   That might be a bit of a shocker to some people as I love to win, but it’s the truth.

The best part of the night was the roaring crowd we had supporting us.  Looking over at the stands, I could see my friends and numerous teachers standing there holding up posters in support.  It honestly meant the world to me that they went to such great efforts to make these spectacular posters as well as come out and watch the game. 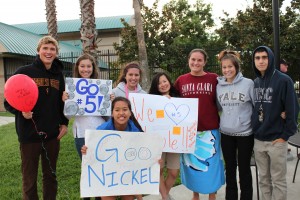 From the moment the game ended, I couldn’t stop smiling.  It continued through the senior night ceremony as my head coach Shaun Waterhouse stood up and talked about me in front of everyone. He only spoke only kind words, which humbled me on the spot.  I never expected to hear those words in that type of setting.

Now as we walk away from this win, a 14-11 romp over Rio Linda, we come away more experienced and ready to take on whatever opponent we face next.  We are a young team, but we continue to grow each and every day we jump into that pool.

Our final three games are away, but we would still love your support.  We take on Del Campo next Tuesday and we finish off the week on Thursday against Casa Roble, against whom we clutched out a win against just last week.  We play them at 5 PM on their turf. Hope to see you there.