Changes Afoot At The Library

The new location, teacher, and policies of the library haven’t gone unnoticed. The 2012-2013 school year has seen many changes to the CB campus. Besides having many wonderful new teachers, the school is now using the former Tech Center as the new library. The library was relocated due to the changes occurring in the L1 […]

The new location, teacher, and policies of the library haven’t gone unnoticed. 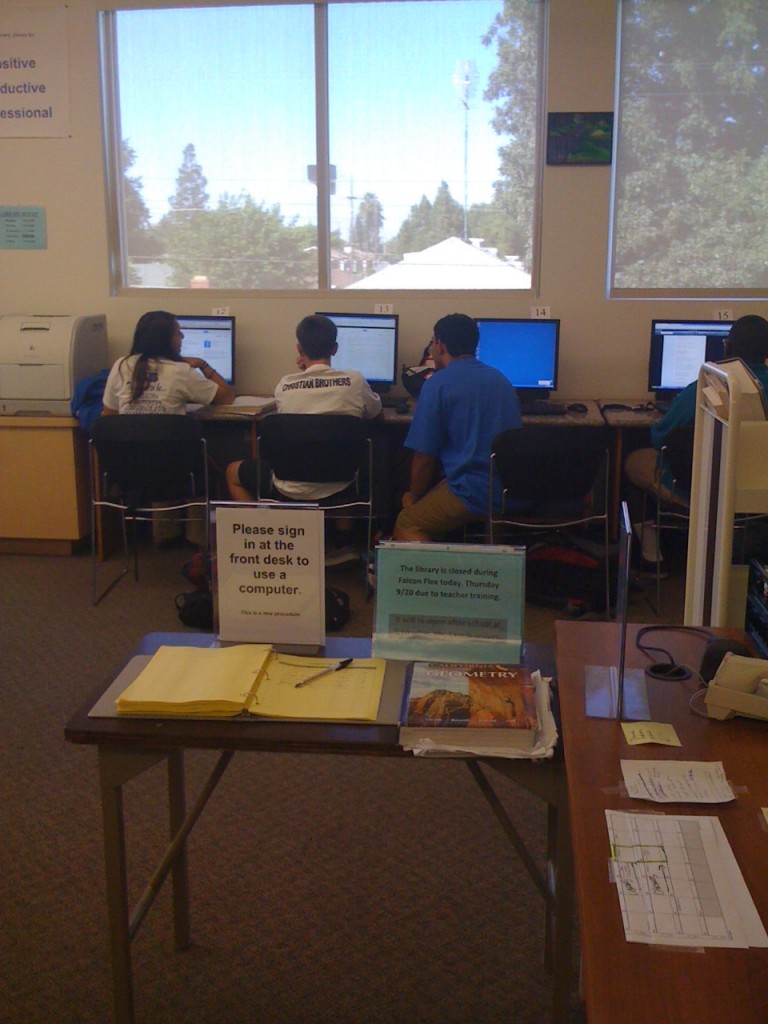 The 2012-2013 school year has seen many changes to the CB campus. Besides having many wonderful new teachers, the school is now using the former Tech Center as the new library.

The new library is much smaller but still resembles the same set-up as the former library and students are still able to utilize the computers and tables to do homework and study while allowing faculty and staff to move freely while supervising during their assigned day.

Students also now have incorporated the privilege to utilize Google Chromebooks as a means of studying or collaborative learning.

Overseeing these new library initiatives is a new member of the CB community, Mrs. Diane Mahan.

“It is awesome to be back in a Catholic school, and to be with students who really work on forming a community with each other,” said Mrs. Mahan, a graduate of Loretto High School.

Mrs. Mahan was previously a librarian at Woodland High School for about five years. She not only has a Library Media Credential, and a masters in Library Science, but also a teaching credential. Her mother was a librarian so she is also continuing a family tradition

Not only is Mrs. Mahan in charge of the library, she is also CB’s educational technology specialist. One of her roles is to help implement the forthcoming 1:1 iPad roll out and to help teachers with the change.

“When everybody has iPads it will be mind blowing,” she says. “Kids wont have to rush to print out papers — they could just e-mail them to their teachers or share them on the iCloud.”

With the launching of the iPad program to all faculty members, Mrs. Mahan believes students will use books and iPads in unison and as a supplement to one another.

“It doesn’t intimidate me to transition into more electronic things,” she says. “I think it will ultimately be beneficial for the students.”