Men’s Varsity Water Polo rolls past the Rio Linda Knights to go 2-0 in league. Christian Brothers’ Varsity men’s water polo team continued to show dominance in the pool with a blow out win last week against Oakmont and a 16-4 win on the road Thursday at Rio Linda. The Falcons controlled the tempo from […] 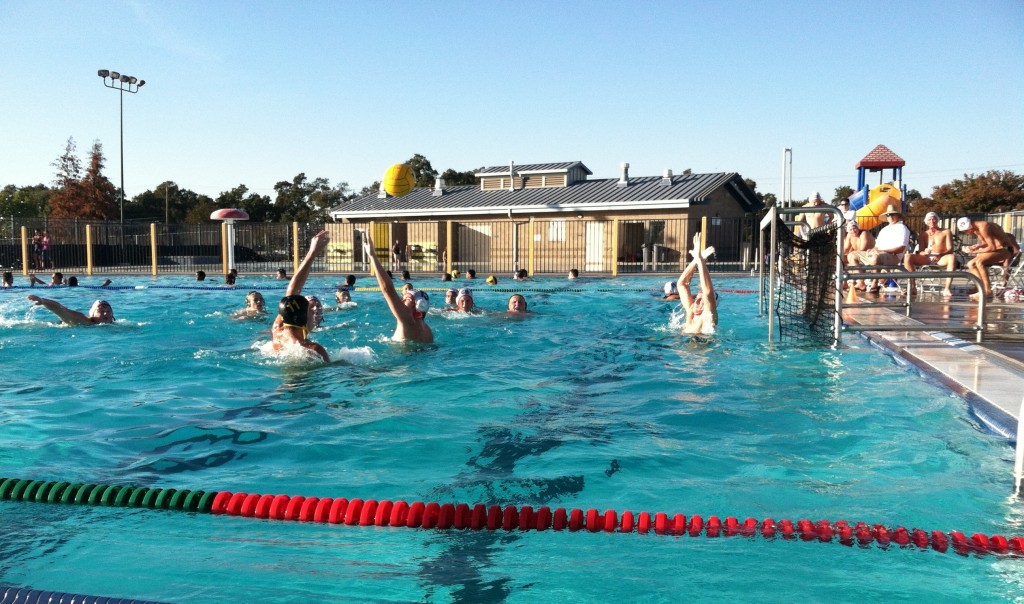 Christian Brothers’ Varsity men’s water polo team continued to show dominance in the pool with a blow out win last week against Oakmont and a 16-4 win on the road Thursday at Rio Linda.

The Falcons controlled the tempo from start to finish, going up 7-1 in the first quarter.  Rio Linda could not control the Falcons’ powerful whole sets and the CB defense suffocated the Knights’ attack. CB practically scored on every possession, demoralizing their opponents in the process.

Senior Trevor Bergash (’13) lead the scoring with four goals out of whole set.  He easily manipulated the defense and had no problem putting the ball in the back of the net.

This dominance is not new to the men’s team.  Last year, they went 9-1 in league and were co-league champs, their one loss coming to Bella Vista. As they entered this season, the Falcons knew they had to work harder this year in order to keep the championship for themselves.

“[They have] put a lot of work in the offseason and it shows,” said Coach Adam Donovan.  “[They are] in good shape and [they are] well conditioned.  The biggest changes that I’ve seen are that the practices are very efficient and [they] don’t mess around.

“It shows in the pool on game days.”

The men’s water polo team was not the only team in action Thursday.  The women’s varsity team played prior to them and was able to squeak out a win, holding back the Knights’ last efforts in the final three minutes to come out with a 14-13 win.

Both teams have their first home game at the Sam Pannell Comunity Center next Thursday against Del Campo.  The men play at 5 PM while the women follow directly after.  Come watch the Falcons try to continue their winning streaks.