Talon writer Charlie Passarell gives his unique perspective of the Holy Bowl Tailgate. As my camerawoman Nicole Skow (’13) and I walked into the tailgate area at Hughes Stadium, the smell of smoke bothered and intrigued my nostrils. While I was looking around and assessing the area, Skow had already begun assaulting the cooks with a […] 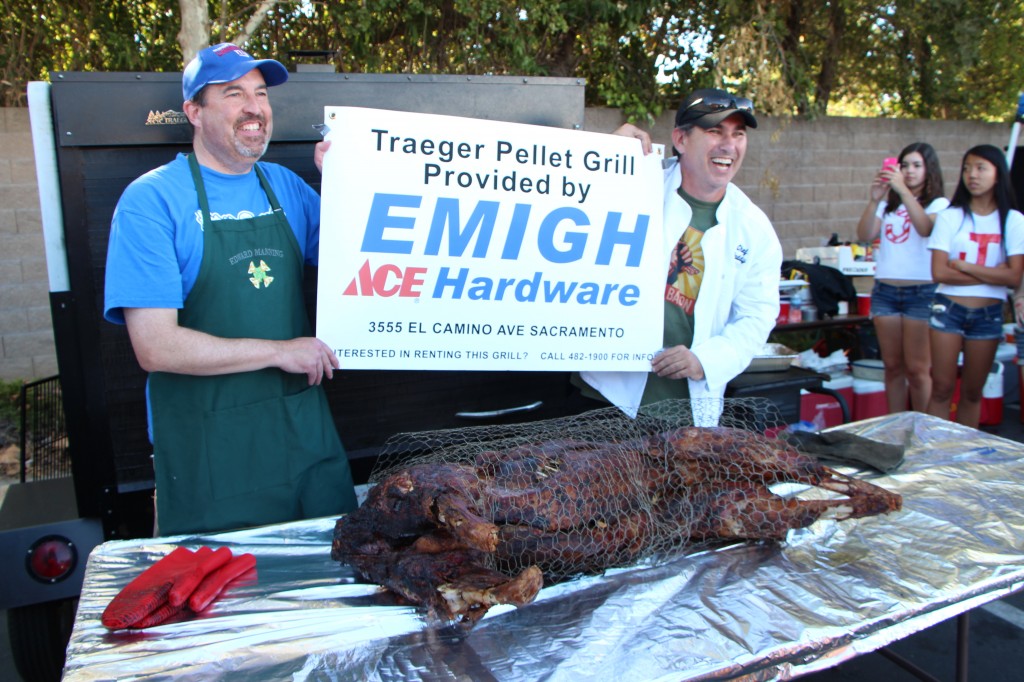 As my camerawoman Nicole Skow (’13) and I walked into the tailgate area at Hughes Stadium, the smell of smoke bothered and intrigued my nostrils.

While I was looking around and assessing the area, Skow had already begun assaulting the cooks with a barrage of questions and requests. When I finally joined my CBcompatriot, a cook was showing her how he was roasting a whole pig.

I was overjoyed to see this.

“Where’s the head?” I immediately asked.

The cook was very confused.

I walked away pouting as I have been trying to get my hands on cooked Pig’s eye for quite some time. I have heard it is one of the most delicious foods in the world.

To deal with this dissapointment, I walked over to another part of the tailgate where I was given a pulled pork sandwhich. I utterly enthralled with how amazingly satisfying it was. I could not seem to decide whether it was delicious because the man had done such a good job making it, or because I had not eaten all day. Either way, I will remember it as one of the best sandwiches I have ever eaten.

I felt myself pulled, much like the pork of my sandwich, toward the Jesuit side of the tailgate, as they had an inflatable, bouncy contraption, the likes of which my child-like brain has trouble avoiding.

The most striking part of the this year’s tailgate, I thought, was how both the Jesuit and CB tailgates coexisted and enjoyed each other, rather than acting as rivals. I wish the rest of the world could  follow the example that these two fine schools have set. I love seeing people put aside their differences and discover they have things in common — it just warms the heart.

When Nicole and I had gathered enough footage and interviews to work into a short segmet for KBFT, we left the tailgate.

After I passed on the footage to local editing wizard Andre Le (’13), I began a difficult climb involving a struggle up a strange two-ladder system and a crawl through a small, dark area. It was definitely worth it, though, for when I emerged from this strange trek, I got my reward. 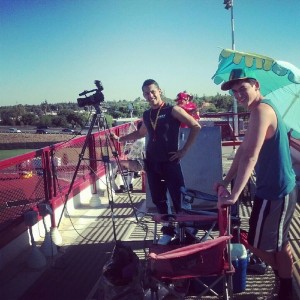 Dominic Tullo (’13) and Jose Hernandez (’13), who were assigned to operate a camera from the roof of the press box, had set up their own mini tailgate. Their amazing little setup included folding chairs, a canopy, sodas, pastries, and a surprisingly large sandwich-assembly station.

I took to wondering for a moment how they were able to get all these large items through the small, dark, submarine-like crawlspace, but I quickly gave up on this inquiry, and simply enjoyed the little slice of heaven that these two had sculpted like artists. It was hard to believe, from our little zen garden on the roof, that such a harsh, violent game was occurring below.