The senior football co-captain strives to leave his mark on CB. Six -foot-five, 250 pound senior football player Vinnie Johnson (‘13) is an ideal size for a high school football defensive end and left tackle. However, he feels that there is “always room to improve”. “I wouldn’t mind another inch or two — maybe 20 […]

The senior football co-captain strives to leave his mark on CB. 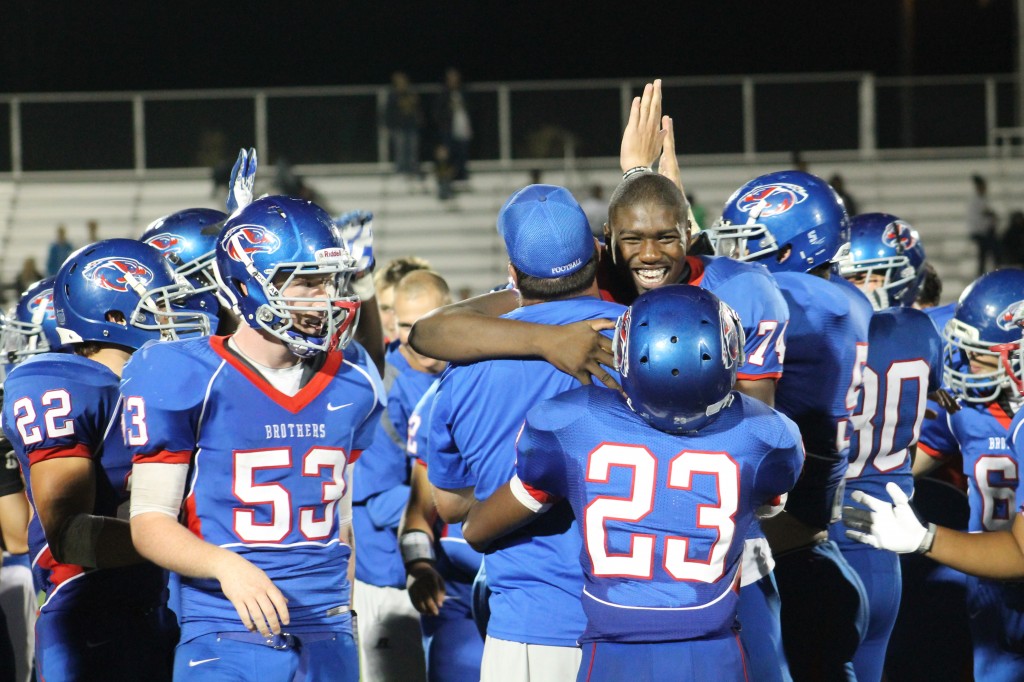 However, he feels that there is “always room to improve”.

In his fourth year of playing football at CB, Vinnie truly fits the role as one of the Falcons’ six team captains.  Accompanied by Ben McFadden (‘13), Jalen Walker (‘13), Avante Yarber (‘13), Hayden Jones (’14), and Logan Snyder (’14), Vinnie’s positive attitude, eagerness to learn, and respectful nature make him a true role model to some of the younger players on the team.

One of his duties as captain is leading the team in prayer. Vinnie also takes a few minutes alone before each game to thank God for the opportunities he has been given and asks that God watch over him during the game.

But Vinnie’s skill did not come easy. He spent a majority of his summer doing fitness and weight training so that he could become a quicker and stronger player.

The senior also told the Talon that friend and fellow Student Council Rally Chair Ben McFadden helps him become a better player — pushing each to make sure they are putting in full effort. 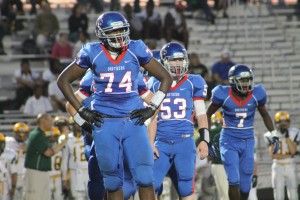 “I couldn’t have asked for better coaches, better friends,[and} better teammates”, Vinnie said. “They all made me better as an individual.”

The defensive end and left tackle has already given a verbal commitment to play for Iowa State University. He looks forward to the experience of playing Division I football and can’t wait to see where it takes him.

Fellow ISU Cyclone Ms. Rose Ann Holmes made it clear that she will definitely be looking out for Vinnie as he makes his way into the next level of competitive football.

“He leads himself, and therefore he leads others,” she said.

Coming off a disappointing 2011 season, Vinnie has high hopes for the rest of this season. He recognizes the team’s ability and is ready to help the team take a closer step towards a league championship.

“We know that we’re doing something really special this year” he told the Talon.

With a 3-0 start, Vinnie is confident about embarking into this weekend’s rivalry match against Jesuit at the annual Holy Bowl. The outgoing senior is overwhelmed by the support of the thousands of fans who will be watching him play this weekend.

“It’s really something else, walking out to see thousands of fans staring at you” he remarked.