You are here: Home \ Community \ Featured Posts \ Takeaways From The Trials & Tribulations Of 2020
Community
0

Takeaways From The Trials & Tribulations Of 2020

(illustration by Kenny Ortiguesa ’22) At this point, calling 2020 a disaster is both cliché and an extreme understatement. From the coronavirus pandemic which has killed over 400,000 people and created record-high unemployment, to a highly contentious election and the subsequent contesting of its democratic results, last year was filled with a lot more excitement […]

At this point, calling 2020 a disaster is both cliché and an extreme understatement. From the coronavirus pandemic which has killed over 400,000 people and created record-high unemployment, to a highly contentious election and the subsequent contesting of its democratic results, last year was filled with a lot more excitement and tragedy than we’ve seen in a long time.

But in a strange way, all the excitement and commotion of last year has given us an opportunity to reflect and introspect in a really unique way that many of us haven’t experienced. Even though it’s undeniable that the trials and tribulations of 2020 have left many in a poor state, the events of last year have also been able to provide many of us with a clarity that we’ve never experienced before.

For a lot of people, the biggest takeaway from 2020 was a newfound philosophy of self-care.

“If I could go back in time to give advice to myself before going into 2020, I would just say to be more gentle with myself,” Lizzy Ajiduah (‘21) says,

The stressors of trying to maintain pre-pandemic levels of productivity during major historical events left a lot of people burned out throughout almost the entirety of last year. A lot of us felt a huge pressure to not let these events interfere with our productive lives. But,as many people learned last year, it’s oftentimes not possible, nor should it be expected, for every person to maintain the same productive capacity while going through extremely tumultuous and frankly traumatic events. Learning to be kind to one’s self through prioritizing long-term self-care and mental health over the short-term compulsion to constantly work has been for a lot of people one of the biggest lessons from 2020.

Many have also entered into the new year with a sense of regret over missed opportunities. When I asked on my Instagram story what advice people would give themselves before going into 2020, a lot of people expressed regret over not buying certain stocks sooner.

“I’d make my mom open a stock trading account so I could get a head start on $GME,” wrote another, referring to the Game Stock short squeeze that captured headlines last month. Given the intensity of January’s stock market fiasco, it’s not surprising that so many people wish they could’ve gotten in early on the stocks that Redditors sent “to the moon”.

Unsurprisingly, the biggest thing that people are hoping to get out of 2021 is an end to the Coronavirus pandemic that defined so much of our lives last year. From taking millions of lives across the globe to leaving the US in one of the worst financial situations that we’ve seen in a century, it’s pretty safe to say that the pandemic served as kind of a catalyst for everything else that happened in 2020.

The US government’s response to the pandemic undoubtedly contributed to the overwhelming amount of people who took part in the one of largest civil rights protests in American history through the movement for Black lives. The Trump administration’s response to the pandemic also served as a key part of the Biden campaign’s message, which promised relief for the millions of Americans who continue to suffer from the economic impact sparked by COVID. Because the pandemic has changed every one of our lives so significantly, it doesn’t come as a surprise that escaping it is one of the biggest wishes that people have for the new year.

But to say that 2020 was completely bad would be reductive. Even though it put virtually everybody through some really difficult times, it also enabled people to learn a lot about themselves. The inherent solitude of quarantine put people in a place to really introspect and reflect upon what we value and who we present ourselves as to other people. In a way, this freedom to introspect more than ever before has given us the opportunity to learn about ourselves in a way that’s been a lot more difficult in the past.

“can confirm im gay,” responded one Instagram follower when asked on my story about what they learned in 2020.

“I realized I was in a box for the first two years of high school and didn’t let myself do enough at all,” opined another.

And introspective takeaways aren’t the only positive things that people gained from 2020. One person responded to my story that “being in quarantine gave me more free time and allowed to me learn a huge amount of super important/helpful stuff.” Another simply responded: “Fitness”. Even though a lot of people felt boredom in quarantine, in many cases that boredom helped to revive creative passions that people haven’t experienced in a long time because of the interminable hustle and bustle of pre-quarantine life.

Even though this past year has unarguably led to exceedingly stressful hardship and difficulty, the radical change in our day-to-day lives has also helped to provide many with an opportunity to introspect like never before. 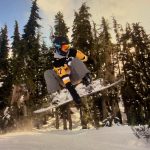