You are here: Home \ Featured Posts \ People \ Life Unsheltered: The Story Of A CB Alum’s Battle With Homelessness
Featured Posts
0

Life Unsheltered: The Story Of A CB Alum’s Battle With Homelessness

Imagine this: you graduate Christian Brothers High School with a full-ride scholarship to the school of your dreams, say, in Alabama. You do well in college for the first semester, and you come home for winter break, content with your new school and the friends you’ve made. You’re on the path to success, and life […]

Imagine this: you graduate Christian Brothers High School with a full-ride scholarship to the school of your dreams, say, in Alabama. You do well in college for the first semester, and you come home for winter break, content with your new school and the friends you’ve made. You’re on the path to success, and life couldn’t get any better. You return to college for the spring semester when suddenly your life takes a turn.

Parties take priority over schoolwork. You skip class to drink or do drugs, which becomes part of your daily routine. You’re barely hanging on for the second semester, and when summer hits, this becomes your new normal. Kickbacks replace family reunions, friends replace family, and you rely on drugs and alcohol to make it through the day. Now imagine you stop going to college altogether. Your family kicks you out at 19 years old for not adhering to their rules, so you rely on odd jobs to make an income and friends to let you stay at their place.

These events weren’t fictional for Denis Armstrong ‘04. A day in his life as an unsheltered teen looked like this: wake up at a random location in last night’s clothes, look for drugs or alcohol from the night before, and waste the day away.

“The whole day is just a fog of not really worrying about any responsibilities,” Denis said. “A year went by and every day was the same.”

Life on the streets puts youth in dangerous situations on many levels. While unsheltered, Denis found himself in the middle of a shootout — twice. Making bad decisions on the streets can lead to being arrested or even death, he explains, and there’s always an ongoing potential for disaster.

Denis went to Catholic school from kindergarten to twelfth grade, but he says that he didn’t have an intimate relationship with God back then. On top of that, he felt disappointed that his father gave up on him.

“It felt like I didn’t have a safe place,” he said. “I felt like an outcast everywhere that I went,” a truth that resonates with unsheltered youths across the country.

CB religion teacher Ms. Jennifer Lystrup has a personal passion for working with and helping unhoused teens. She recalls an experience with a boy who felt similar to Denis.

“He’d be out on the streets and see young housed people, and feel sad because he wanted to be like them.”

She emphasizes the importance of education because literacy is the key to success. Additionally, someone who is in crisis needs more than the support of their teachers — they need counselors and people who care about their well-being. Over her 20 years at Christian Brothers, she feels strongly that her colleagues try hard to cultivate meaningful relationships with their students.

“Thereby the grace of God go I,” she repeated twice during our interview, a saying of hers meaning, “that could be me.” She recognizes that not everybody has a strong support system to depend on, which is why she dedicates her time to helping the unhoused and encourages her students to do so as well.

Growing up in a single-parent household, Denis didn’t receive support from his dad.

“The only option I had was spending weeks in my car,” he said. “That was pretty much how I got to rock bottom.”

Looking back on it, he wishes that his family would’ve had tough conversations with him to keep him on the right track.

“I was allowed to fall into this pit of despair, with no hand to help me out.”

As a society, we must recognize that not everyone who lacks shelter is homeless. In my personal conversations with unhoused people, I’ve noticed a binding thread: the word “homeless” is used to generalize such a diverse group of people. Not everyone prefers to be referred to as such.

Unfortunately, the word “homeless” has a negative connotation. Denis is not a fan of not categorizing somebody by their situation and says that they’re people before anything.

“You’re identifying everything about them with the fact that they’re lacking shelter.”

His advice to struggling students is to be open with their struggles to God and be vulnerable to people who can lead them in the right direction.

“It was really some God stuff,” he said with a smile when he recalled his transition into a stable life. While he was unhoused, Denis worked a part-time job loading appliances. One of his co-workers offered him a place to stay, and from there, she and her sister helped him earn an office job. The company he worked for then moved to San Antonio, Texas, and Denis moved away from the bad influences in Sacramento.

He is grateful for his experience in Texas which helped him become independent and restart his life because many people on the streets don’t get a second chance. He returned to Sacramento and got a job with the State of California, where he’s been working for 11 years.

At the end of 2019, God gave Denis a vision about Church in the Park, a non-profit which provides hot food, cold water, and a worship experience to unsheltered people at Cesar Chavez Park in Downtown Sacramento. He stressed to me the importance of having empathy towards such vulnerable people.

“Asking them what their name is, referring to them as ‘sir’ or ‘ma’am’ brings a level of humanity back to someone who may otherwise have been feeling like a criminal for the past decade of their lives.”

The goal of his non-profit is to provide necessities to individuals and foster a sense of connection between volunteers and those on the street.

As someone who shattered the “homeless” stereotype himself, Denis’ final words of advice to the public are to “always look past the categories, past what society has taught you to look at someone as, and truly look into someone’s heart. When you do that, you truly can change someone’s life.” 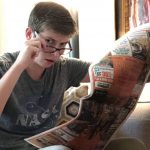 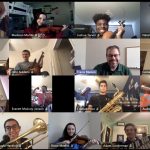 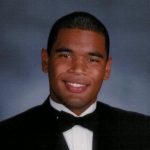