Chritsian Brothers’ three A’s are Academics, Athletics and Arts. One of CB’s most underrecognized arts programs is band, directed by Mr. Travis Maslen. Beginning Band is a class with an informative and fun learning environment where the only hard part is leaving the classroom. It’s no shocker that learning an instrument is no easy feat, […]

Chritsian Brothers’ three A’s are Academics, Athletics and Arts. One of CB’s most underrecognized arts programs is band, directed by Mr. Travis Maslen. Beginning Band is a class with an informative and fun learning environment where the only hard part is leaving the classroom. It’s no shocker that learning an instrument is no easy feat, much less in a year. But students who have learned their passion for music at Christian Brothers had non-stop enthusiasm when asked about the class.

Clarinet player Brandon Beck (‘21) learned how to play the clarinet his sophomore year in Beginning Band. In a year, Brandon has joined Concert Band, Jam Band and plans to return to Beginning Band next year to learn a new instrument.

“You can start at any grade level — it doesn’t matter if you’re an upperclassman or a freshman.” Brandon says. “If you really wanted to, and you have enough electives open for junior or senior year, you can take Beginning Band again to learn a secondary instrument, which is what I’m planning on doing my senior year with the trumpet.”

Naturally, there are many challenges with learning an instrument. While some difficulties are choosing which instrument they want to play, others include learning how to read music for the first time. With each band member playing a different instrument comes unique obstacles that they need to overcome. Whether it’s brass, wind, strings or percussion, every musician has trouble in one aspect or another.

Tenor Saxophone player Sean Exon (‘21), who started his music journey his freshman and then continued his junior year, explained some of the problems that he went through when learning how to play.

“I never played a wood instrument before, so it was difficult as you can imagine.” Sean laughed.  “More specifically, I’d have to say getting used to the weight of the saxophone and remembering where my fingers were supposed to go. Not to mention learning the position of where your lip is supposed to be and learning how to blend with other instruments.”

Mr. Maslen strives to have a supportive environment where students with different levels of musical experience can come together and create music together.

“It seemed really complicated at first because of all the different key combinations and the way you’re supposed to hold a proper embouchure with your mouth, but the way Mr. Maslen guided us all through it helped me pick things up fairly easily,” Brandon said. “I actually wasn’t planning on continuing Band when I first joined, but by the end of the year, I realized how much fun it was and how much I would miss it if I didn’t continue on. After encouragement from Mr. Maslen, other friends and classmates, I moved up to Concert Band this year.”

Even Angelina Landeros (‘21) who knows how to play four different brass instruments and knew how to read music prior to CB’s band classes, thrived under the support of Mr. Maslen and her fellow band members.

“The challenge for me was that baritone wasn’t one of the instruments that would fit in the band classes I wanted to be apart of. So I went into Beginners Band, and I’ll say full heartedly I was welcomed with open arms,” she said. “It doesn’t matter if you know so much about music or so little, Maslen will help you grow musically and as a person!”

Being one of the most unfamiliar art programs on campus, some might have some misconceptions or misunderstand the requirements of Beginning Band.

“The biggest misconception is that you need to know how to play an instrument to join band — part of what makes Christian Brothers so special is that we’re not like a public school where you need previous experience to join.” Mr. Maslen explains, “I’ve had seniors say they wish they could have joined band, but didn’t have any music experience. What students don’t know is that you don’t need any musical experience and we have loaner instruments, so it’s worth trying out.”

Everyone in band from beginners to honors has a reason why they started making music in the first place. While a few students have played music prior to CB band classes such as Angelina, who has played music all her life, others such as Brandon and Sean experimented with band as their elective and fell in love with the program and all it has to offer.

“My whole life I’ve always played music, and when coming into Christian Brothers I knew I had to join the band!” Angelina says.  “I play a variety of brass instruments including the trumpet, tuba, baritone and trombone. I plan on returning to Beginners Band my senior year. I was debating whether I wanted to play violin or french horn but I think i’m going to learn how to play the French horn!”

“I have been doing music for awhile and I wanted to see what the music program had to offer — I’ve been really satisfied.” Sean said. “I was blown away at all the resources I was given to be successful. Mr. Maslen, all the guys and gals are all kind and supportive. I have never felt unwelcomed whenever I’ve walked through the door. Mr. Maslen is a huge part of the reason why.”

Along with Beginning Band, Christian Brothers has many other band programs for those with more musical experience or who have worked their way up through the program.

“Since I joined Beginners Band, it has opened up the chance for me to join the other bands classes such as Jazz Band, Honors Band and Drumline. Oh, and If you were wondering who made some of the crazy sound effects for our last musical Peter And The StarCatcher, that was me and my friends in band!” Angelina says. “From Musicals, concerts, football and basketball games you’ll find the band there with big smiles!”

“Actually about 75% of our honors band members started from Beginners Band class. Beginners Band is pretty crucial because the class branches off into higher up classes.” Mr. Maslen says., “In drumline you don’t have to play the drums — anyone who plays an instrument can join! I encourage students to try out band no matter their grade level.”

The whole reason why all of the band classes function and operate so smoothly is because of the teacher and coordinator Mr. Maslen. From teaching students grades 9th through 11th how to play music, he also works hard to organize band’s winter and spring concerts.

“Mr. Maslen is a pretty awesome teacher and I really do enjoy my time with the band community.” Brandon says. “When we play at football and basketball games to support our fellow Falcons, as well as the concerts at the end of both semesters, we’ve been told by many people that we bring more liveliness to any sporting events on campus. It doesn’t matter if its Holy Bowl or any other game.”

“There’s never a dull moment in band — there is always fun whenever I walk through the door.” Sean says. “It’s a good place to learn an instrument. Even if you have no musical background, there’s something for everyone.”

When asked to sum up the class, all the interviewees seemed to know exactly what they wanted to say.

“Basically I get students prepared for what’s expected of a first year student on an instrument. You’re reading music on your own, you’re able to interpret everything you see.” Mr. Maslen says. “It’s kind of like learning how to read a book, so eventually you’re reading a book on your own without somebody helping you out or assisting you.”

“You play what’s in your heart and what you’re supposed to play at the same time,” Sean says. “It’s a really hard sensation to describe but I can’t really say anything negative about the whole experience.”

“I feel like I’ve found a home to explore my general love for music with others who have the same passion as I do. I would encourage anyone who may be interested to try it out,” Brandon adds. “You don’t have to have any experience to join beginning band, and it’s a fairly easy going yet efficient learning experience. They definitely won’t regret it, band makes memories that last a lifetime.”

While the curriculum may be extremely difficult for some, the skills and community that is gained in the process is more than worth it. Band’s warm and friendly atmosphere makes learning about art more enjoyable and fun while also making future musicians feel welcomed and talented. It doesn’t matter if you’re a beginner or pro, as long as you pour your heart into your music, band is definitely the class for you. 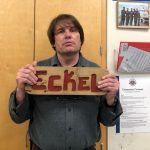