Christian Brothers is known for its inclusive community on campus, so it’s no wonder that it feels like a second home to the Ledesma family. My family has now had three generations attend Christian Brothers, and attending the school has become a tradition for us. Science teacher Mr. Danny Delgado ’79 is someone who sees […]

Christian Brothers is known for its inclusive community on campus, so it’s no wonder that it feels like a second home to the Ledesma family. My family has now had three generations attend Christian Brothers, and attending the school has become a tradition for us.

Science teacher Mr. Danny Delgado ’79 is someone who sees the Ledesmas come through CB all the time. The Delgados and Ledesmas have been family friends for many years. His father and my grandfather grew up in an orphanage together but lost touch over the years. It wasn’t until their sons started attending CB and got “reacquainted because they started going to football games together”.

Given Mr. Delgado has been working at CB for around 32 years, he was even surprised to say the amount of Ledesmas he has taught is “just one”.

Religion teacher Mr. Paul Havey ’81 is another teacher who has gone to school with and taught some of the . He looks fondly over his time at Christian Brothers with the Ledesma family. He spoke about their fun times off campus as well.

“We had the Ledesma van, which there’s a lot of stories that we need to keep to ourselves,” he said jokingly. “We had a lot of fun together”.

I mentioned to Mr. Havey how I heard the Ledesma household was the party spot. “It was, it was, yes.” he said with a smile.

My dad Chris Ledesma ’85 is an alumni of Christian Brothers High School from the class of 1985.

“[The Ledesmas attending CB] was a tradition certainly when we were there,” he said. “I think you guys are a legacy, which is really cool”.

My dad and uncles’ legacy was playing sports in Christian Brothers best times.

“We all played football and that was our legacy. We played during the most successful years in its football history,” he said. “Three of us won championships”.

Elizabeth Ledesma (’23) has just started her freshman year at Christian Brothers, but has been well aware of the CB community before her consideration of where to go to high school.

“Almost all of my relatives from my dad’s side of the family went to CB,” she said. “My uncles, my grandpa, my brother, my sister, and almost all my cousins went to CB”.

Entering high school, freshmen are usually thrown in with new names and faces, but Elizabeth said “almost all of my teachers have asked me if I’m a part of the Ledesmas”.

Although freshmen year is intimidating, especially when all of your teachers single you out, she says that being part of something big overwhelms that.

“It’s cool to think that the Ledesma family has been a part of CB for so long, and to be able to continue the legacy is even cooler.”

The Ledesmas are just one of the ongoing families who keep coming back to Christian Brothers High School. They return to enjoy the community, culture and traditions that CB offers. My family has established a wholesome feel for the rest of the generations to come. 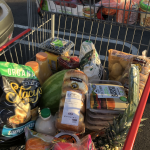 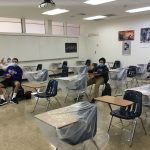 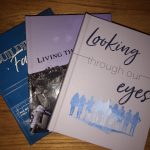