We all see Asher Bloom (‘20) smacking his weird box at liturgy. You might want to know the correct name for this box. Well it’s called a cajon. So what is the purpose of this instrument? Well, it is a musical instrument that one sits on and hits to produce an array of noises.  “The […]

We all see Asher Bloom (‘20) smacking his weird box at liturgy. You might want to know the correct name for this box. Well it’s called a cajon. So what is the purpose of this instrument? Well, it is a musical instrument that one sits on and hits to produce an array of noises.

“The box is easier to transport and basically gives the same purpose of the drums,” he says.

The question that everyone is dying to know, though, is why did he pick the cajon of all instruments? Asher answered with the biggest smile.

“Since Christmas morning I have not put the box down,” he says. “I have just been glued to it ever since.”

Asher continues to dedicate the majority of his time to this instrument.

“I continue to play the box because I really enjoy the different array of noises and sensations it gives off because it allows me to express my artistic abilities to the fullest,” he expresses. “Even when I hit the wrong area of the box, the noise it give off is cool. Everyday the box surprises me with something new.”

Asher practices the box a couple times a week and occasionally brings it to school for jazz band and to perform at school-wide masses. The box is so special to him because it is unique and not an everyday musical instrument

“The box just so special because you would not expect something so small and odd looking to produce a wide rage of unique sounds”.

He feels very passionate about the box and believes there is a need for it in certain musical performances.

“The box is necessary because a lot of situations an entire drum set is not necessary,” the musician says. For example, if Asher was to bring an entire drum set to liturgy it would “kill the vibe”. The sound of the drums are deafening in some instances, but the cajon gives off just the right amount of acoustics to put the vibe right where it’s supposed to be.

Although he does not see his career path leaning anywhere towards playing the box, he will never give up playing the instrument.

“Although the box will probably not continue to play a big role in my life after high school, I do believe it opened many opportunities for me and helped me to find even more passion towards the music world”.

With the purpose of spreading the beats of his box, Asher encourages his audience to understand the beauty of the box.

“I just want people to know the joy the box brings. I think it demonstrates some level of service for others because I get to express myself while also serving a greater purpose.” 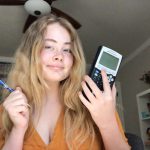 Community
Is Zoom University Worth It? 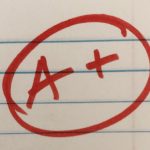 Community
Tests Being Put to the Test 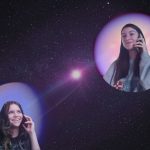 Community
Please Hold While We Connect You