Living Out The Lasallian Way

Religion serves as a large focus at CB; with liturgies or prayer services once a month, everyday morning prayers, and six different religion classes by the time a student graduates, it can be difficult to include a constant routine of faith in one’s life at home. However, for Elizabeth Hinton (‘20) and Carly Krause (‘20), this […] 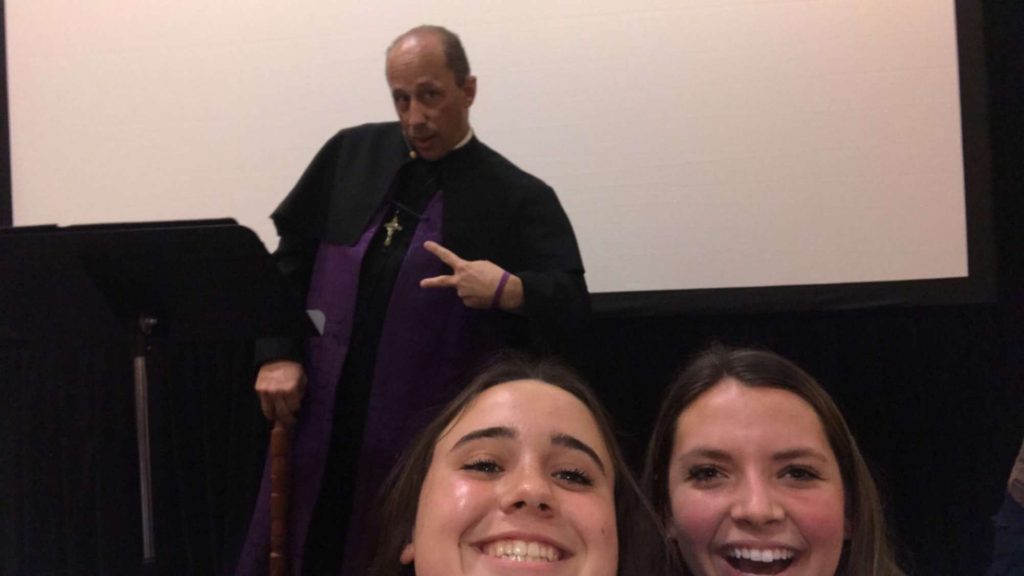 Religion serves as a large focus at CB; with liturgies or prayer services once a month, everyday morning prayers, and six different religion classes by the time a student graduates, it can be difficult to include a constant routine of faith in one’s life at home. However, for Elizabeth Hinton (‘20) and Carly Krause (‘20), this type of routine is nothing out of the ordinary. The Talon sat down with Carly and Elizabeth to get a deeper insight of how faith changed their lives and how they develop their strong values in their faith.

“For me, faith is so important,” Elizabeth states. “It’s something I can rely on.”

“ Without [my faith], I’d be lost,” Carly states. “ I try to see God in everything that I do. I think especially being a junior and deciding where I want to go to college and getting jobs and everything that right now my faith is super important.”

Carly and Elizabeth are involved in God Squad, CB’s most faith oriented club. God Squad is a club that celebrates the love and gratitude that the Christian faith has to offer at CB through student oriented activities revolving around monthly prayer services and masses. As a member of the club, Elizabeth states that “ you get the chance to plan masses, you do a God Squad retreat that is really fun, and you also get to learn about the mass and the different parts of it.”

Elizabeth and Carly enjoy the multiple social and communal opportunities that are involved with spreading their faith. Carly explains that they are able to express their faith through the club in different ways.

“No matter what your interest is, there’s a part for you. I love public speaking, so I read in the masses and I just really enjoy that stuff.”

“I like doing decorations and background and planning,” Elizabeth adds.

Director of God Squad and CB Campus Minister Mrs. Jennifer Yearwood states that they are passionate, involved, and personal in their work.

“Because their faith is so important to them, they approach the God Squad like a ministry, they have a heart for that ministry. The other thing is they are committed, they show up regularly at meetings, they go above and beyond asking how they can help,” she says. “I know that I can say last minute ‘ hey you guys we need help on a banner can you come in after school or at lunch,’ and they’ll give up their time.” 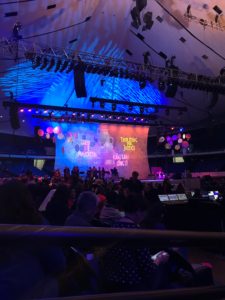 Even with the heavy academic workload that comes with being a junior at CB, Carly and Elizabeth make time to involve themselves in faith-oriented activities outside of school, during the week, and even during some weekends. Carly values her faith outside of CB through her involvement in her church, Saint Peter & Paul in Rocklin. She serves on the church parish council, writes teen-relatable speeches for the homily, serves as a member of her church youth group, and works on Sunday nights as an Edge leader, which entails  guiding seventh and eighth graders through their process of confirmation.

Elizabeth also participates as a member or her youth group at Good Shepherd in Elk Grove. She states that as a member “we do a lot of fundraisers like the crab feed, St. Patrick’s dinner, I always help at those services.” She also partook in a pilgrimage to Europe last summer.

“It wasn’t like a vacation,” she says of the experience. “We got to see a lot of churches and the catacombs and the cross that St. Francis saw when her converted.”

She says that a meaningful factor of her experience was that “ saints had even walked in the same places that we had.”

Carly and Elizabeth’s involvement in their churches outside of CB also allows them to partake in group service and mission opportunities. Typically, service and mission trips consist of voluntarily helping those who are less fortunate in different ways. These types of trips include providing services through construction, teaching, childcare, medical, and communication, depending upon the type of trip you choose to go on. Carly and Elizabeth have partook in and are partaking in multiple service trips including the upcoming Venaver trips to Tennessee and Colorado, respectively.

“Every trip that I’ve been on has been a different experience cause it’s to a different place,” Carly says. “Everything is focused on a different aspect of the church.”

Although they will be taking the Venaver trips separately, Carly and Elizabeth have already shared the experience of going on a faith oriented trip together. Last March,, the two traveled to Anaheim to attend the Los Angeles Religious Education Congress.

“ It’s basically a religious- education conference, so people from all over the world and from different countries come just to learn more about how to teach the youth, and just learn more about their faith too,” Carly says. “You get to choose three talks a day of who you want to go to and listen to and each talk is a different. subject, depends on what you want to listen to.”

Carly and Elizabeth explained that the impactful words of the speakers they heard from not only provided them with different ways to grow in their faith, but also with valuable advice to live by. 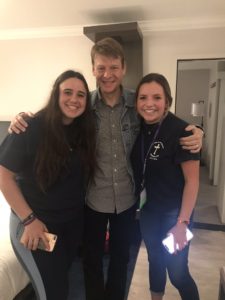 “For me, there was a speaker who I really liked — he basically was taking about how to pray, but he was also touching on the fact that no matter what, God is with us,” Elizabeth explained. “ I think in high school a lot of us are like ‘ where are you god?’ Like we just expect some answer, but that’s not the case. He doesn’t have a map, he’s not gonna be like ‘ here’s a map here’s what’s going to happen,’ but he will be with you every step of the way. So there was a talk about that that really stood out to me.”

Along with the impactful group speech they heard from another religious speaker, Robert Feducca, they were able to partake in a valuable one on one conversation with him afterwards. He provided them with life advice that allowed them to be significantly impacted by him.

“He was basically talking to us about our life and helping us discern what we want to do,” Carly stated. “ He talked about how what I want to do might be different from what my parents want me to do and that I should be doing what I think is right for me,”

“ I would say for me he was the most influential [speaker], because it was cool to go to his talk,” Elizabeth said. Although his group talk was something she really enjoyed, their one on one talk was also just as or even influential because of the personal connection they were able to experience. 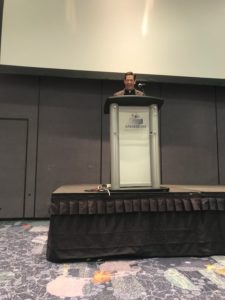 If you’ve had the opportunity to have Mr. Paul Havey ’81 as a religion teacher, you’ll recognize who Carly and Elizabeth’s next appreciated speaker was: Father Mike Schmitz. When asked what her favorite part about Congress was, Carly replied that “[hers] would probably be meeting him”. His life advice stuck with the girls.

With the experience of diversity within the church and the perspective advice from different speakers, their trip to Congress served as an influential aspect to the girls in their faith.

Carly and Elizabeth’s relationships with themselves and with god are truly reflected through their kind and accepting personalities. Classmate and friend Melissa Ellis (‘20) states that she “ loves them both” and the “ commitment they’re capable of making to their faith.”

Elizabeth and Carly’s contributions to their own communities and our community here at CB exemplifies the five core principles of Faith in the Presence of God, Respect for All Persons, Inclusive Community, Quality Education, and Concern for the Poor and Social Justice that CB strives for its students to achieve. Their willingness to go out of their way to help others develop in their faith while growing in their own faith at the same time embodies the tight knit community that CB’s Lasallian community has to offer.