You are here: Home \ Community \ Featured Posts \ Date Or No Date?: The Pressure Of Prom
Community
0

Date Or No Date?: The Pressure Of Prom

(illustration by Nathan Hertzler) As high school students, we are well aware of the practice of taking another person to the biggest dance of the year. Over-the-top high school movies love to romanticize the night where teenagers get dressed up and go to a hotel or their school gym and dance awkwardly to music half […] 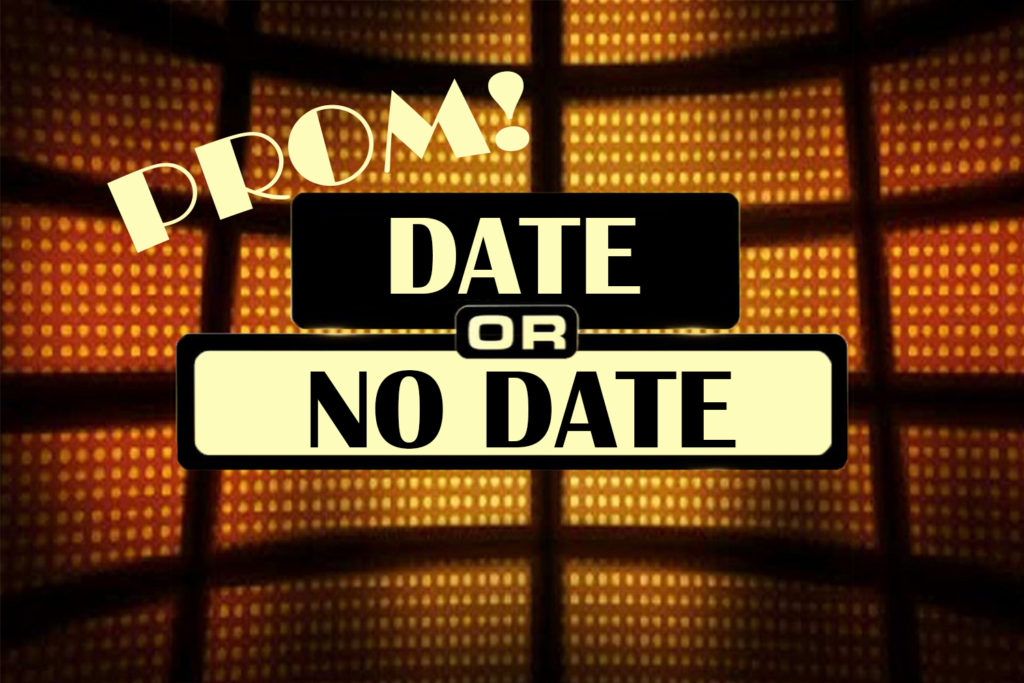 As high school students, we are well aware of the practice of taking another person to the biggest dance of the year. Over-the-top high school movies love to romanticize the night where teenagers get dressed up and go to a hotel or their school gym and dance awkwardly to music half the students love and the other half hate.

While the reality of Prom may be much different than the movies’ portrayal of it as the best night of a high schooler’s life, wearing fancy clothes, spending time with a big group of friends, taking pictures, dancing all night, and hanging out after can be really fun.

However, the weeks — or months — of planning outfits and pictures and groups and after-Prom plans can be stressful. But maybe the most stressful of all is the question in the back of everyone’s mind: Am I going to have a date?

Boys get the pressure of having to figure out who to ask and girls get to worry about getting asked by someone. We all know that going stag is an option, but for many people it is seen as a last resort or not as fun as going with someone else.

“If a lot of my friends have dates, then I feel the pressure because then I’m like ‘well, I don’t want to be the only one without a date,’” Ari Castillo (‘19) says.

Being the only one in a group of friends without a date can definitely make someone feel awkward or left out, which puts more stress on that person to find a date, even if they might not actually want one.

“You don’t want that pressure of going alone because it may seem that you’re an awkward person or you don’t have the guts to ask someone, so that’s why people are really worried about going alone, but it’s so much more fun,” Anissa Torres (‘19) explained.

Freddie Fiske (‘19) believes that boys do not feel this pressure because they do not care as much about admitting they are going alone.

It makes sense that girls would put more pressure on themselves to find a date in order to have the picture perfect night. However, a lot of people want a date to the dance for the cute couple pictures and to have someone to dance with all night.

Freddie also said that people want a date so badly “so they don’t stand out, so they don’t look like a loner. But I feel like being a loner at the dance is cool, like you can do your own thing, you don’t have to worry about paying for the dinner, paying for the Uber, [or] paying for the corsage. Be a loner, it’s cool.”

“I think there’s more pressure to have a date to Prom because it’s a smaller thing,” Ari says. “It’s just upperclassmen and it’s less people there.”

“I’d much rather go alone to Homecoming than go alone to Prom because Prom is more of an intimate dance — it’s more of a spectacle and more of an event than homecoming,” Freddie says. “Homecoming you just go with your buddies. I’ve gone to homecoming the last few years with just my friends and it’s been fun to go with dates.”

If there is all of this pressure to get a date, is it even worth it?

“The pros of having a date are have someone to dance with, you have someone to talk pictures with, [and] get a corsage or boutonnière with,” Ari says. “It’s just fun having that person.”

“A date to a dance is fun because they are your designated dancing partner,” Anissa says. “It gives you someone to talk to, and someone to enjoy the dance with.”

While having a date to Prom may be seen as the only option in order to go to the dance, going stag has many advantages that people tend to overlook.

When you go to the dance with just your friends, there is no pressure of having to cater to someone else all night. You get the chance to move around and dance with many different people instead of just one.

“I’m an awkward person, so it’s hard when you have to focus with a girl one-on-one — that’s not what I’m best at. I like going just with my friends like Andrew Dettling (’19) — that’s the best date I’ve ever had at Homecoming.”

“Don’t be afraid to go alone — I know it’s intimidating and you’re just like ‘Oh everyone is going to notice that I went alone.’ To be honest, it’s all in your head,” Anissa advises. “You go alone and you enjoy yourself, you have a good time and think about what you need. You don’t need anyone else. Be your own woman or man.”

While going without a date seems like the more awkward option, sometimes having a date can be just as awkward. Going alone gives people more freedom to do what they want at a dance like Prom. No matter what you decide to do, make sure to choose what will make you the most comfortable and remember that the most important part of Prom is spending time with people who make you happy.

“Just do what you want to do. Don’t do something for other people. If you want to go alone, go alone, going alone is fun. If you want to ask that one girl or guy that you’ve had an eye on for a while, ask them, perfect time,” Freddie says. “Just have fun, that’s what it’s for, have fun before, during, and after.”