You are here: Home \ Arts \ Featured Posts \ Shmoop No More: Books You Should Read In High School
Arts
0

Shmoop No More: Books You Should Read In High School

(illustration by Nathan Hertzler) Books provide an escape for people. A whole world is available through words that surround one with incredible fantasies and realities. However, some people don’t know what to read. But never fear! There are some good books here. Owen Larson (‘20) Lord of the Rings by J.R. Tolkien: A hobbit, Frodo Baggins, […] 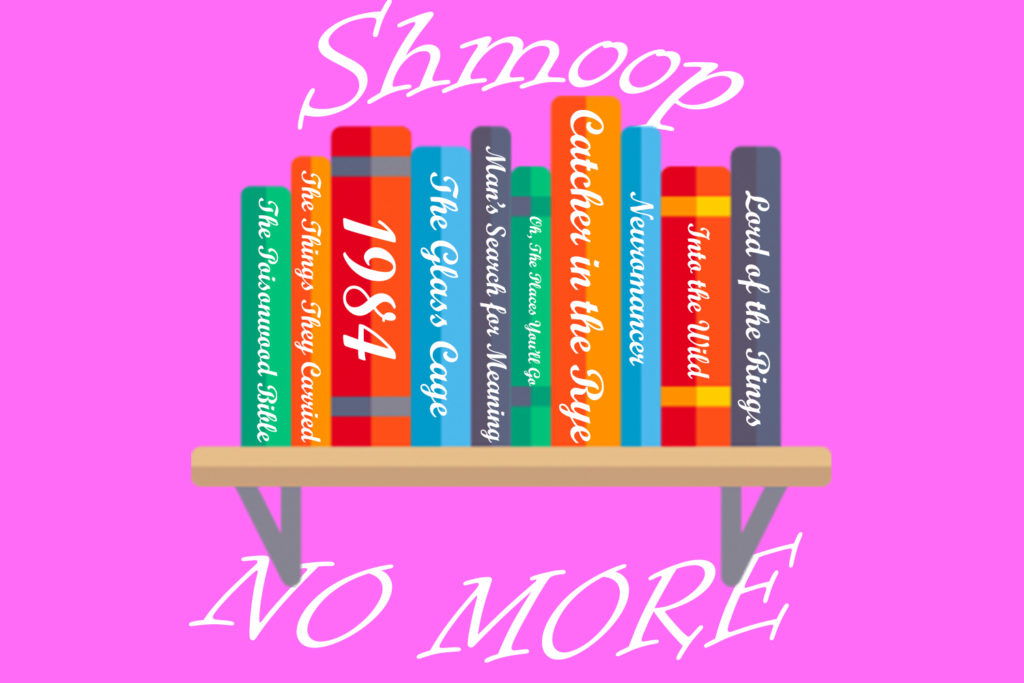 Books provide an escape for people. A whole world is available through words that surround one with incredible fantasies and realities. However, some people don’t know what to read. But never fear! There are some good books here.

Lord of the Rings by J.R. Tolkien: A hobbit, Frodo Baggins, discovers the One Ring that controls the fate of Middle Earth. He must go on a treacherous journey to destroy the ring to save civilization. “It’s an acquired taste — I just like it,” Owen says. This series has friendship, love, and adventure, showing that it’s not about the destination — it’s about the journey.

Into the Wild by Jon Krakauer: Christopher McCandless gives up all of his possession and goes out into the wild. He dedicates himself to the Alaskan wild and keeps a journal of what happened. After McCandless dies, his journal is covered. Krakauer follows the steps that McCandless took. “This book was great because it discusses self discovery,” Owen stated. “Everyone is finding themselves in high school and people can relate.”

Catcher in the Rye by J.D. Salinger: 16 year old Holden Caulfield narrates his life after leaving his school after the fall term. He goes on many adventures in a big city and deals with issues that many teenagers go through. “This was a depressing book and again about self discovery,” Owen says. “People could relate more to Holden because he is young. I also enjoy how sweet he is to his sister. No matter what he is going through, he is still kind to his sister.” 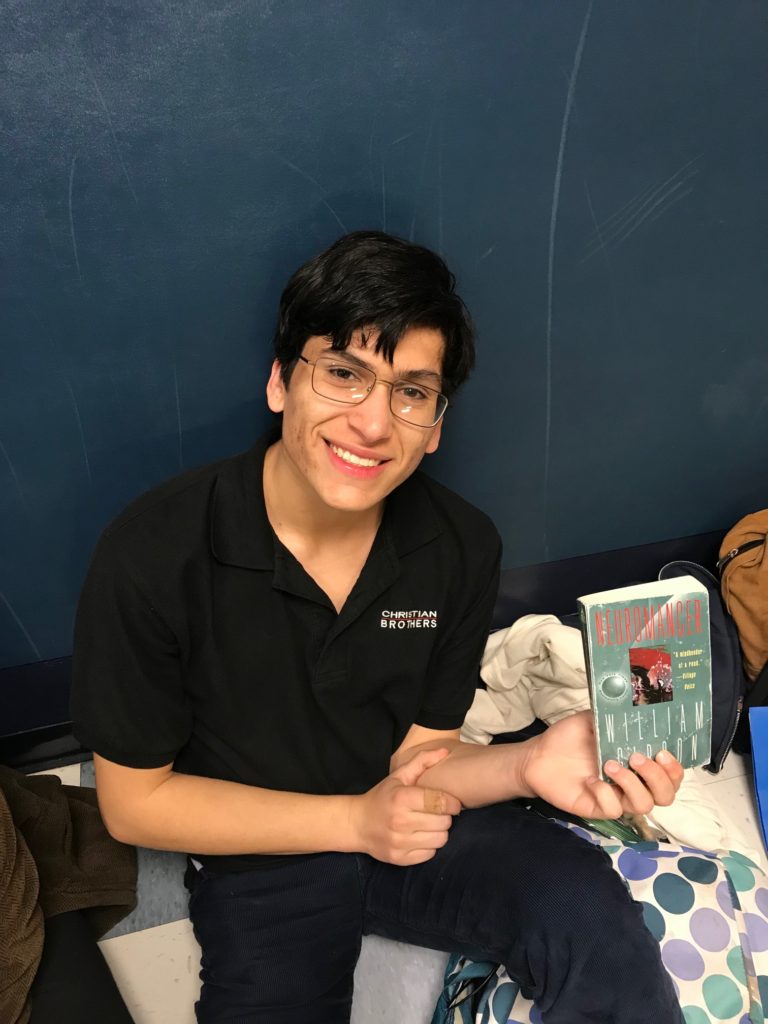 Neuromancer by William Gibson: In the near future, a former computer hacker is hired by a cyborg to commit crimes and attempt to hack into the government. It’s a sci-fi book that has won many awards including a Hugo Award and the Philip K. Dick award. “I enjoyed this book because how it fits into the cyberpunk media,” Nathan says. “It inspired media like Ghost in the Shell and Akira. It’s a fun read that makes people look at technology in a way they never have before.”

Man’s Search for Meaning by Viktor Frankl: This book is his story of the author surviving Auschwitz in World War II. He also shows how survivors of the Holocaust are affected by concentration camps and what they do psychologically to survive. “This was the most important book I read sophomore year,” Nathan says. “We read Night that year, but this was a more of a psychological take on how people found the will to survive in the Holocaust. It’s a short and concise read, but it helps people find meaning and living in their own life.”

The Glass Cage by Nicholas G. Carr: This book dives into the world of automation and talk about how machines could take over. Robots are being built to do menial jobs and this author dives into how it will affect the world. “This was a view into the future of automation in the workplace,” Nathan says. “It’s a dead ringer for dramatic changes that we will all see in the future. It was provocative to know if what will happen. Kids my age should be made aware on the issues that can affect us and the future generations.”

The Things They Carried by Tim O’Brien: Tim O’Brien writes about his experience during the Vietnam War. It’s a collection of short stories that discuss the harsh realities of war and how soldiers deal with the aftermath of war. “This is a good book for high school students because it gives them a new perspective,” Ms. Kenney expressed. “These are kids their age who are going to war and living a different way after high school.”

The Poisonwood Bible by Barbara Kingsolver: A missionary and his family moves to the Congolese jungle to convert the natives. “It shows you how one person can experience something and have a whole take on it, and another person can have different completely different experience and perspective,” Ms. Kenney said with a gushing tone. “It causes you to look at your own life and realize that has happened to you. [People] have different truths.”

A Prayer for Owen Meany by John Irving: John Wheelwright narrates the story of his friend Owen Meany from their childhood to their teenage years. They deal with the ups and down of school and spirituality. “It’s just different and the narrator has a very calm and mellow tone,” the CB English teacher explained. “It’s about someone who is an individual and he continues to be an individual and he holds true to he is throughout his life.”

My Picks
To Kill a Mockingbird by Harper Lee: This book deals with the topics of race and growing up through the eyes of a young girl named Scout Finch. Even though this book is set in the 1930s, people today are dealing with the same issues. She sees the trial of a black man falsely accused of rape and she learns understanding and the harsh world filled with prejudice.

1984 by George Orwell: All kids should read at least one dystopian book before going to college. 1984 is required reading in CB’s Dystopian Literature class, so some students already read it. It definitely makes the reader think and question authority. The book tells the story of Winston Smith dealing with the Totalitarianism government of Airstrip 1.

Oh, The Places You’ll Go by Dr. Seuss: This is a must read for anyone at any age. It’s a children’s book, but that doesn’t mean teenagers can’t read it. The story teaches important lessons that all people going into the real world needs to know. Life will be filled with mistakes and messes, but in the end, everything will work out.