Yas Queen: The Future Is Female

(illustration by Joaquin Romero) Before 1990, Christian Brothers High School was lacking the one of its most critical components: girls. Now our campus is home to 580 girls striving to earn a quality education and form futures of their own. However, many women have not always received this chance. How the times have changed. Did […] 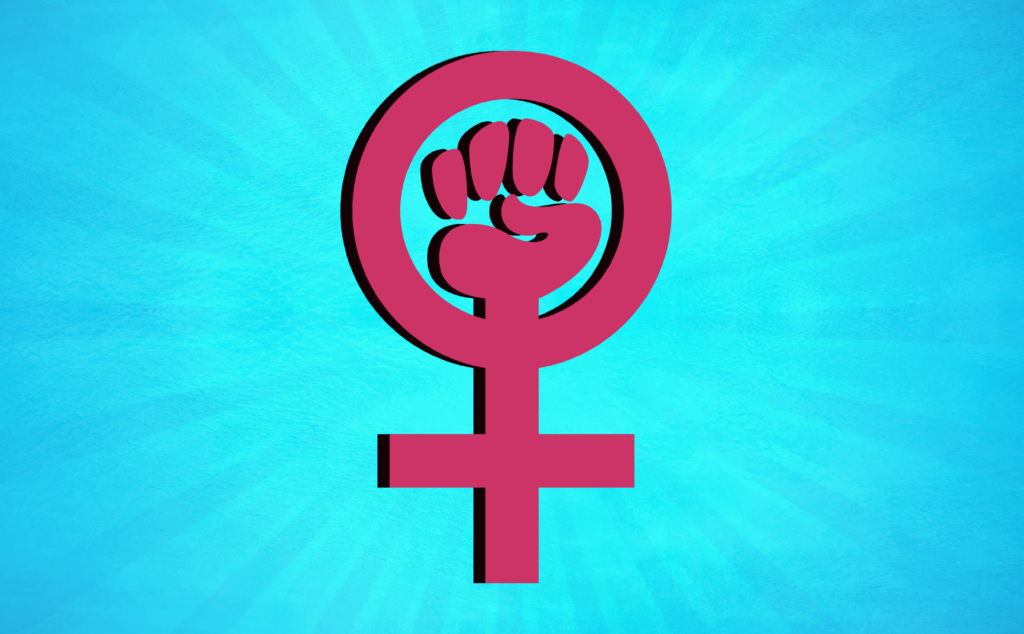 Before 1990, Christian Brothers High School was lacking the one of its most critical components: girls. Now our campus is home to 580 girls striving to earn a quality education and form futures of their own. However, many women have not always received this chance. How the times have changed. Did someone say girl power?

Women across the globe have been fighting to break the chains of the patriarchy for centuries. The traditional stereotype that women are inferior to men ignited the feminist movement that still holds major influence today. Beginning in the early 19th Century, feminists pushed for three major waves of reform.

First-wave feminism sought to address the issue of suffrage in the Declaration of Rights and Sentiments, which was signed by 68 female advocates. In the 1960s, second-wave feminism brought to light the issues surrounding sexuality, family, the workplace, and reproductive rights. Second-wave feminism also drew attention to domestic violence; this sparked the origins of the #MeToo movement.

Third-wave feminism began in the early 1990s and continues to the present day. The movement was triggered as a response to the resistance against the restraints of second-wave feminism. It also highlighted the perception that women are of many colors, ethnicities, nationalities, religions, and cultural backgrounds.

This continuous fight has broken down numerous barriers around the world, and Christian Brothers High School is standing proof of that. Our school has created an environment where girls are free to express their passions and talents to the fullest. As you walk through the halls, you pass young female activists, star athletes, creative artists, and born leaders. They are the future.

The song “Flawless” by Beyoncé explains the characterization of women in society: “We teach girls to shrink themselves, to make themselves smaller, we say to girls, ‘you can have ambition but not too much, you should aim to be successful but not too successful otherwise you will threaten the man.”

The truth behind these words is quite sad. But CB seeks to put the patriarchy to rest once and for all. I talked with some prominent female change makers and activists on campus about how CB has provided them opportunities to attain their personal goals.

Annemarie Barbour (‘19) does it all. This D-I soccer commit, honors student, Falcon Force rally chair, student ambassador, and active member of many clubs and leadership groups has been chasing her dreams for the fourteen years I’ve known her. She debated over where to attend high school during eighth grade and feels absolutely sure that she picked the right place. She appreciates all CB has to offer so everyone can find their niche.

“We have several clubs that allow girls to express themselves and their opinions like the Pretty in Pink Club and the Young Progressives club,” she says. “As well as current clubs, CB also allows the opportunity and encourages people to create their own club if they are passionate about something and want to share their ideas.”

Club Day is one of my favorite days of the year as I get to see students of all gender, race, background, and sexuality freely and proudly expressing themselves.

Annemarie explains that she has “never felt overpowered by males” and thinks “it is just as easy to get involved and be heard as a girl as it is for a boy at CB.”

“I think that CB strongly encourages women to share their opinions and encourages a strong female role” she adds.

Although we are called Christian Brothers, “brothers” refers to a community of males and females who are developing as the change-makers of society. With the addition of females, CB has provided a comfortable and nurturing setting so girls like Annemarie can get involved and become leaders for others to look up to.  Such a passionate girl must have some key role models who have been inspirations.

“I look up to my mom a lot — she is one of the hardest working people I know and has always shown and taught me to stand up for what I believe in,” Annemarie explains. “I also look up to women like Michelle Obama who have strong, powerful voices that have the ability to influence thousands of people in our country”

Caty Cordano (‘19), ASB president and D-I volleyball commit, also believes attending CB is one of the reasons she has made her dreams come true.

“CB has helped me pursue my dream of becoming a D-I athlete,” she says. “The athletic department constantly shows a concern for their athletes. The CB volleyball coaches are very encouraging and push athletes to their greatest potential.”

Just a century ago, it was very rare to see women involved in any type of physical activity. Now our school is going out of their way to provide female, star-athletes the exposure and training they need to rise to the collegiate level.

Caty has also been an active member of student council since her freshman year and was elected ASB president this year.

“Being such a key part of the Christian Brothers community is a very important aspect of my high school life. The Student Council moderators have taught me many important life lessons such as respect, inclusion, and to always believe in myself which I will be forever grateful for. Their support has given me so much confidence these last four years.”

Emma Talley (‘19) is an inspired scholar, artist, and activist in her school and outside community. As the president of the Young Progressives Club and Lasallian Youth Club, Emma promotes the rights of young women and seeks to provide platforms for their success.

“In the Young Progressives, we have an equally divided leadership: two boys and two girls. In Lasallian Youth, we tutor over at Oakridge, and I get to work with a lot of really young girls, which is super awesome,” Emma explains. “A really big part of that club is providing kids with positive role models when they might not have any at home, and it’s super important for young girls to have strong female role models.”

Emma believes it is critical to inspire girls from all socioeconomic backgrounds so they too can develop a sense of self-worth and opinions of their own. Not everyone has the opportunity to grow up in a stable family or attend a school like CB.

“On campus, I am really trying to grow my two clubs and make as much positive change there as I can,” she adds. “In the community, I published a coloring book called Feminart which centers around empowering quotes from female leaders throughout history.”

She is a true artistic talent and uses this gift to express her powerful voice. For all of you who have yet to check out Emma’s inspired artwork, it is available to the public on Amazon.

Emma has become such a passionate feminist through the influence of her mom, who has poured years of effort into her career as a judge. Emma also admires the work of Ruth Bader Ginsberg,  Sandra Day O’Connor, Sonya Sotomayor, Elena Kagan, and Michelle Obama in the feminist movement.

Siena Mazza (‘19) is a young, intellect in the senior class who excels in drawing, painting, fashion design, poetry, and creative writing. Siena is dedicated to leaving a footprint on our school community as a member of the four year art program and editor of the Literary Arts Journal. She is an active feminist who participates in all that she can to promote equality.

“I joined a group of students from the Young Progressives Club to participate in the Women’s March last year,” Siena shared. “I felt proud to be with my friends and fellow club students on that day supporting my gender and protesting for equality. I was really thankful that the club made attending the march a priority.”

“The girls that I know at CB are very supportive, independent and strong willed, which are qualities that I think are imperative in young women today.”

I attended the Women’s March last January as a member of the Young Progressives Club as well. I felt like such an active member of my community as I marched with thousands of other women and men in support of a common cause.

As an inspired young artist with her stunning work hanging all through our halls, Sienna seeks to increase the female role in modern art. She especially desires women artists to be self-confident and outspoken as they are still somewhat outliers.

“I especially admire a lot of contemporary female artists because women are still so underrepresented in the male dominated art world, even in 2018,” the senior says. “I look up to any women who are intelligent, passionate and have a strong sense of self because those are the characteristics that I think make women truly beautiful.”

Like Emma, Siena also represents the themes of equality and empowerment in her works of art.

“I really try to promote change through my art,” Siena says. “All of the images I paint, draw, or sculpt relate in some way to honoring, respecting, and commenting about the struggle of women in our society. As a young female artist myself, I want my artwork to reflect the inequality that my gender faces as well as celebrate the beauty and complexity of the female form.”

Siena was also thrilled that the latest zine released from the Literary Arts Journal was centered around the theme of female empowerment.

“I was really proud to have it released and distributed around campus. I think that it was a good way to further spread awareness about the feminist movement and just share a little female pride.”

Prejudice against women has been ingrained in society for centuries. Women across the world are defying all stereotypes and proving they are just as worthy as men. Annemarie, Caty, Emma, and Sienna all share a common goal: to define, establish, and achieve economic, personal, and social equality of sexes on our campus.