(illustration by Nathan Hertzler) It’s 1950, you look out your window eagerly waiting for your date to pick you up. He pulls up to your driveway right on time in his red Cadillac with a bundle of roses in his hand. He walks up to your door in a blue and white letterman jacket, black slacks, […] 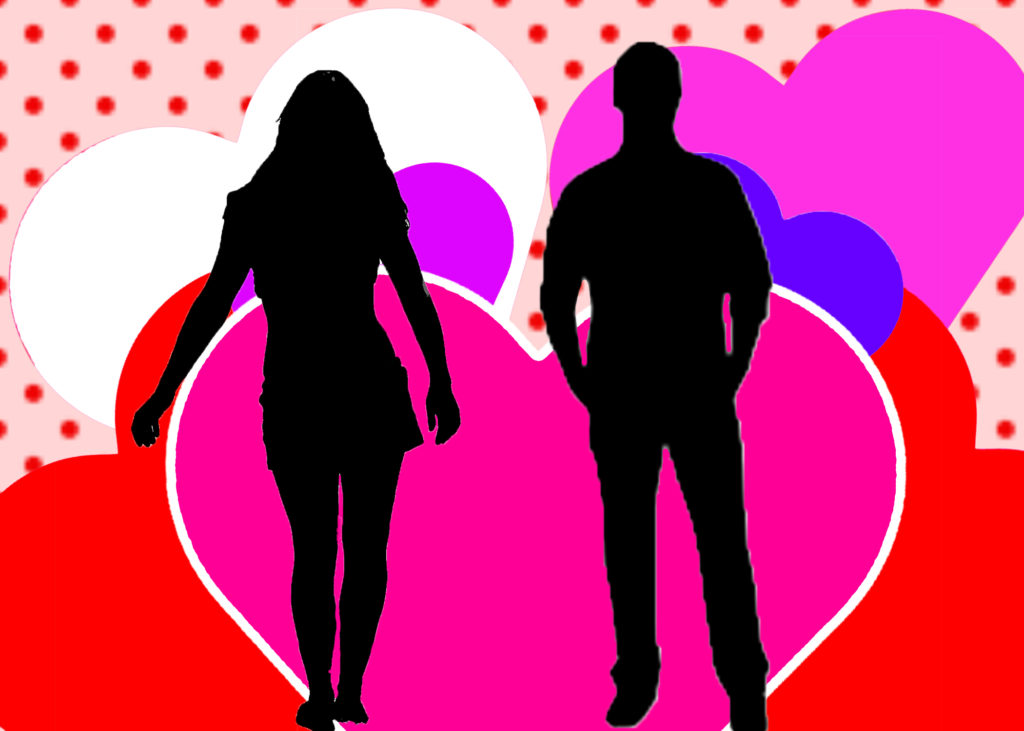 It’s 1950, you look out your window eagerly waiting for your date to pick you up. He pulls up to your driveway right on time in his red Cadillac with a bundle of roses in his hand. He walks up to your door in a blue and white letterman jacket, black slacks, and high-top Converse, taking a quick swipe at his hair before he greets your dad. He promises to have you home at 8 PM sharp. He buys you a milkshake to split at the town diner and when the night ends he kisses you on the cheek.

It’s 2019, you order your Uber to drop you off at your boyfriend’s house. He’s still in bed. No need to tell your parents where you are because they already track your iPhone. You let yourself inside and you guys watch Netflix all day. Your Uber picks you up around midnight and you head home.

As the times have changed, so have traditional dating scenes. In the past, it was commonplace for guys to ask girls out, make the plans, and pay for all outings. As gender roles have progressed, these values have been abandoned as girls take on much more of the responsibilities in a relationship. I talked to some Christian Brothers seniors who are “tied down” in a relationship about their dynamic with their significant other and how they share in their relationship.

Justin Kim (‘19) and Giana Hays (‘19) are one of the most well known items in the senior class. Since freshman year, these two have had an undeniable connection and have been together for most of high school.

One day, the shy freshman Justin got up the nerve ask his crush Giana on a date and was thrilled when she willingly said yes. They have been happy ever since and spend most of their free time together.

“We have usually split paying for our dates,” Giana explains. “For example, if we go to the movies, I’ll buy the tickets and he will buy the food. or if we go to dinner I’ll drive and he will pay for the meal.”

The concept of a couple each contributes to the expenses in a date this is called “going dutch” and seems to have become more of a modern-day trend.

Giana does admit that Justin sometimes ends up spending more. and she feels guilty when that happens.

“We like to go to movies and dinner a lot and we have been to Top Golf a few times,” adds Giana.  “Sometimes we just hangout and don’t spend any money.”

Dating is by no means cheap and this couple always comes prepared. Justin carries his card on him and Giana brings cash to all of their outings.

“She doesn’t use her cash very much though” Justin jokes.

“I say ‘here Justin, here’s some money’, but he won’t take it,” Giana responded.

“I do it because I love her,” Justin shares.

Although Justin made the first move by asking Giana out, this couple seems to provide their own share into the relationship. They have also proven that not all dates need to involve cash and a wallet.

They are not the only serious couple who has proven that many old norms are out of touch with reality today. Milad Mohaddes (‘19) and Emma Talley (‘19) have been dating for all four years of high school. Like Justin, Milad also was the first to ask Emma on a date. These two dedicate their weekend to making time for each other.

“Things we do together include getting coffee, working, and chilling together or going out and getting food,” shares Milad.

Although Milad initiated their relationship, he does not pay for all of their outings. I asked Emma if she believes it is commonplace in the 21st century for girls to expect their boyfriends to pay for them all the time.

I doubt one girl would even think to bring her wallet on a date fifty years ago. It was a social obligation for the guys to take on these responsibilities. However, Milad does admit that he feels obligated to pay for their dates when he can.

Another reason that couples are more common to split pay is due the increased cost of outings. In 2019, prices have skyrocketed; even simply seeing a movie is over thirty dollars. Milad explains that he has to change his lifestyle in regards to budget and spending due to his relationship.

“I have to spend less money outside of dates so I can spend more inside of them,” he says.

Brendan Sample (‘19) and Clare Augustin (‘19) recently celebrated their one year anniversary in November. Unlike the other two couples, Clare actually made the first move. Who says the guy has to ask the girl?

When this couple goes out to the movies or grabs a bite to eat, Clare admits that “most of the time Brendan pays, but sometimes I will pay him back.”

“In general, outside of dating, I do not spend very much money” Brendan admits. But on a usual date with Clare, Brendan always makes sure to at least have $40 on hand.

“Brendan automatically offers to pay for everything and always drives,” Clare explains.

Brendan does not believe it should be expected in this day and age for every guy to pay and drive on dates; however, his family has ingrained the value of respect for women into him.

“It used to be common for guys to pay for everything, but I do not think it is much anymore,” he shares. “I think it is more of how I was raised and the social expectations I was taught.”

Although Brendan plays a more traditional role in the relationship, Claire by no means feels overshadowed.

“I wear the pants, but he pays for everything” Claire shares.

Props to Claire, we love an empowered woman.

The dating scene for young couples has certainly come a long way over the years. With the increase in female empowerment, the high prices of outings, and new advances in technology, girls seem to play a much more prominent role in their relationships today than in the past. Yet some traditions of the guys doing the heavy lifting seem to not yet be completely forgotten. I am curious if this trend of straying from conventional dating norms will continue. Maybe in fifty years girls will be the ones driving their boyfriends around and paying for dates. But let’s not get too ahead of ourselves.